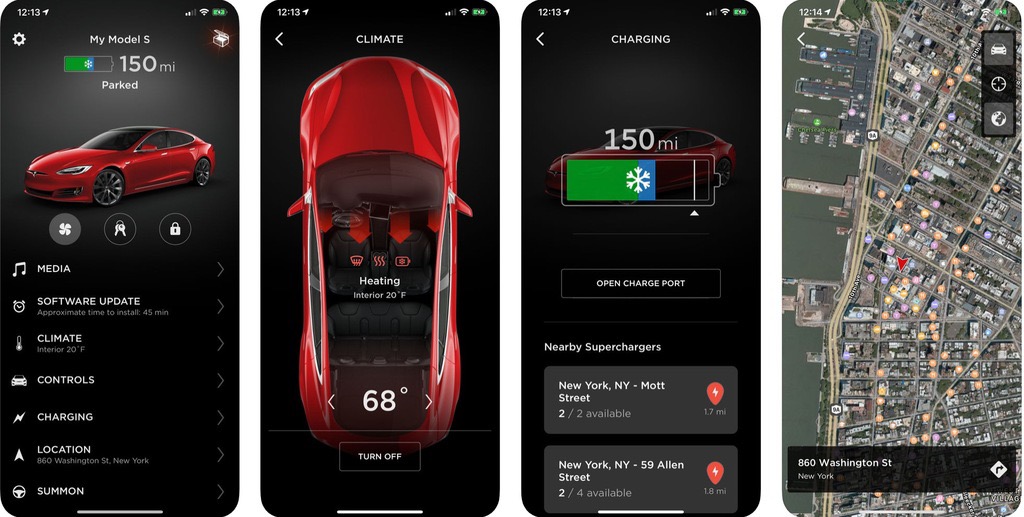 Despite all the security features, some not-so-brilliant thieves are still trying to steal Tesla vehicles. A man in California was arrested this week after stealing a Tesla that the owner ended up tracking with the app and helping the police in their chase.

Eventually, he stopped on the highway after the battery ran out and was taken into custody.

It’s very hard to get away with stealing a Tesla.

As of the latest available data, stolen Tesla vehicles in the US have almost all been recovered: 112 out of 115.

In Europe, they have some more sophisticated thieves that managed a string of Tesla vehicle thefts through relay attacks and most vehicles haven’t been recovered.

In response to those attacks, Tesla started rolling out extra layers of security with ‘improved cryptography’ key fob and optional ‘PIN to Drive’ feature.

They could disable tracking in the setting, but Tesla pushed an update last year to require to enter your Tesla account password in order to disable tracking – making a lot tougher to steal a Tesla vehicle.

Nonetheless, some are still doing it.

Last Sunday in Riverside, California, a Tesla vehicle was reported stolen out of a parking garage. It’s unclear how he got access to the vehicle.

According to the Press Enterprise, the owner tracked the car and shared information to the police.

The police wrote in a release:

“The owner did a great job updating our dispatch center with the real-time location of the car,”

Officers eventually caught up to the vehicle and the thief refused to stop and led the police in a chase through city streets.

They eventually pulled back because they judged the situation to be too dangerous.

The thief went back on the highway and the owner kept updating dispatch using the location-tracking feature on the Tesla mobile app.

He eventually informed the police that the vehicle was running out of charge and the thief had to stop on the highway.

At that point, he was arrested by the California Highway Patrol and handed over to the police.

Filiberto Felix, 30, was arrested on suspicion of taking a car without the owner’s consent, felony evasion and probation violations, jail records show, according to PE. He was in custody in lieu of posting bond on $100,000 bail.

We have also seen several other examples of Tesla owners tracking thieves who had stolen their cars through the Tesla app – leading to arrests.