Tesla’s big battery system in South Australia, Neoen’s Hornsdale Power Reserve, keeps making a lot of money on the energy market and is quickly working toward paying for its original cost.

Tesla’s 100MW/129MWh Powerpack project in South Australia provide the same grid services as peaker plants, but cheaper, quicker, and with zero-emissions, through its battery system.

It is so efficient that it reportedly should have made around $1 million in just a few days in January, but Tesla later complained that they are not being paid correctly because the system doesn’t account for how fast Tesla’s Powerpacks start discharging their power into the grid.

The system is basically a victim of its own efficiency, which the Australian Energy Market Operator (AEMO) confirmed is much more rapid, accurate and valuable than a conventional steam turbine in a report published earlier this year.

In its latest quarterly report, AEMO confirmed that the giant Tesla battery system generated about $4.5 million in revenue from its grid services during the fourth quarter.

Most of the revenue is still coming from the Powerpack system’s participation in FCAS (frequency control and ancillary services) market, which generally consisted of large and costly gas generators and steam turbines kicking in to compensate for the loss of power. 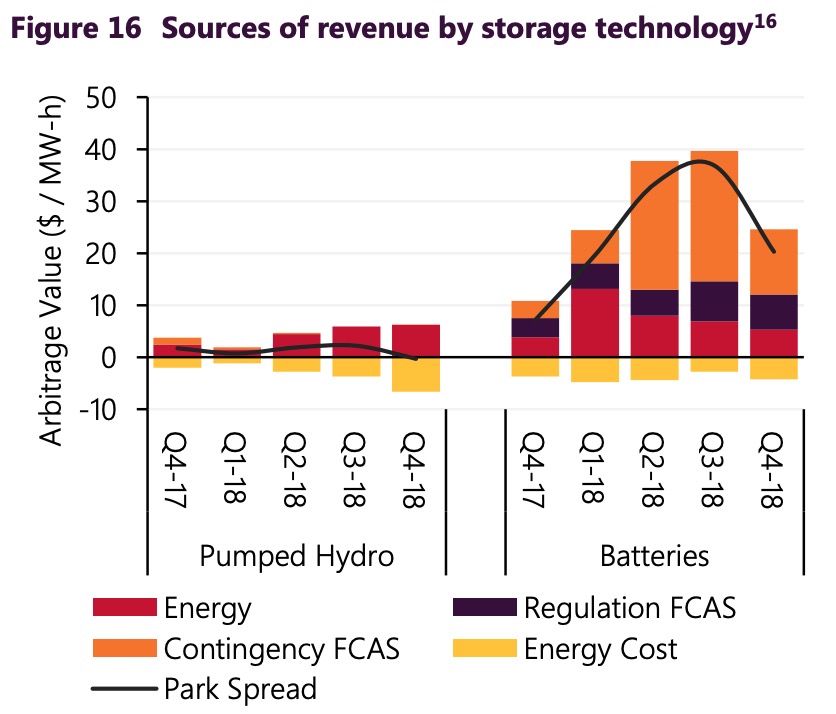 Neoen has previously disclosed that the massive Tesla Powerpack system cost them only $66 million – meaning that it is quickly on its way to pay for itself.

The government also participated in the funding and they shouldn’t be disappointed in their investment since a recent report showed that the project saved $40 million on the energy during its first year of operation alone.

Tesla’s big battery in South Australia has inspired new large battery systems coming online in the past months and more are expected in the coming months.