As we reported yesterday, Tesla launched the new Sentry Mode to ‘protect against break-ins and theft’.

The system uses the Autopilot cameras to “detect potential threats” and it goes through different levels of alarms based on those detected “threats.”

“If a minimal threat is detected, such as someone leaning on a car, Sentry Mode switches to an “Alert” state and displays a message on the touchscreen warning that its cameras are recording. If a more severe threat is detected, such as someone breaking a window, Sentry Mode switches to an “Alarm” state, which activates the car alarm, increases the brightness of the center display, and plays music at maximum volume from the car’s audio system.”

Now Model 3 owners are starting to receive the update and while they can’t really test the “severe threat” since the only known example is breaking a window at point, Redditor u/Spamium managed to activate the “Alert” state and took a picture of the display: 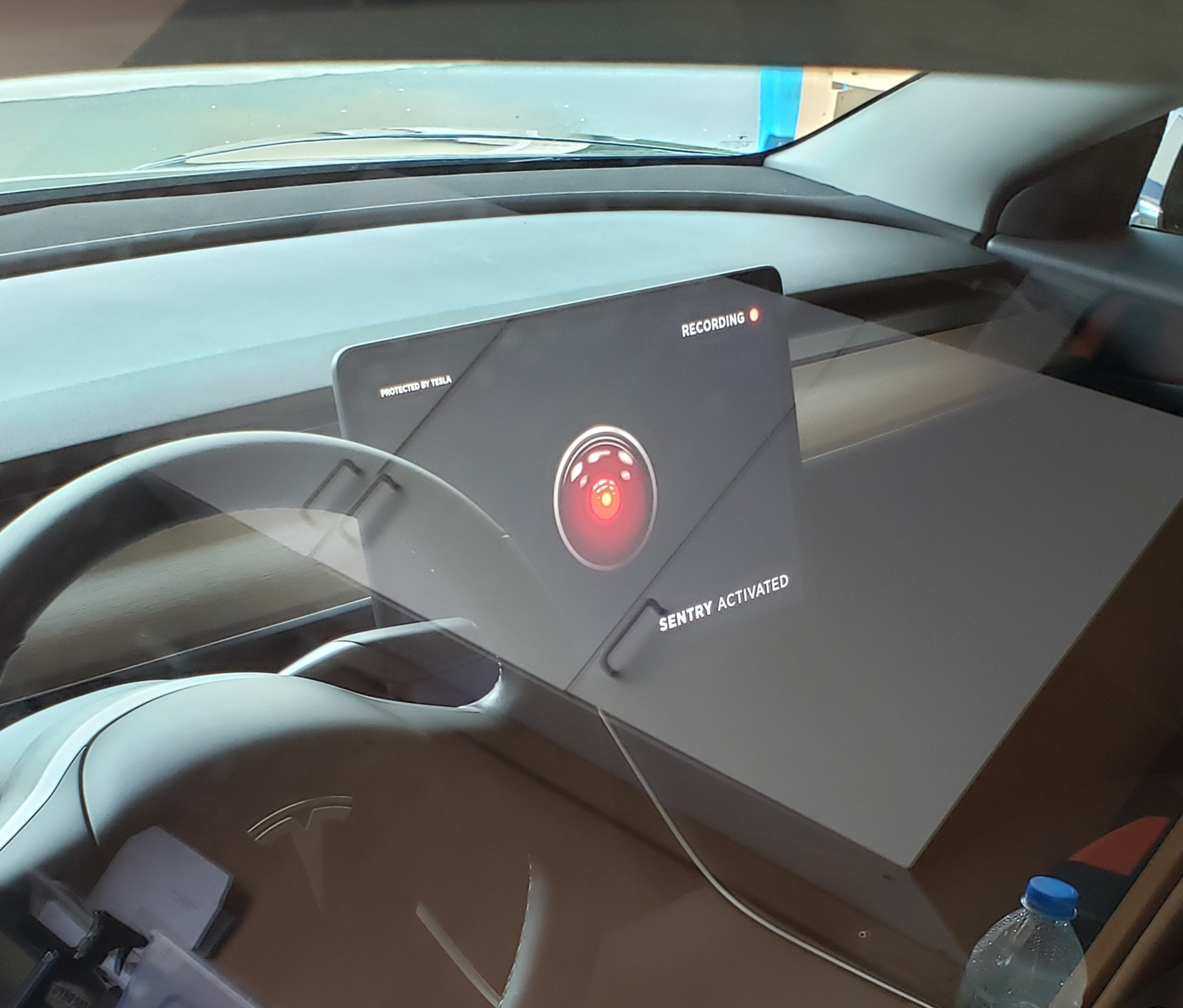 The image appears to be inspired by HAL 9000, a fictional AI character in Stanley Kubrick’s 2001: A Space Odyssey.

Here’s the classic scene with HAL:

At the level of alert, that’s the extent of what Sentry Mode will do to try to scare a potential threat, but if the system detects “a more severe threat”, like breaking a window, it will blast music and alert the owner via a notification.

I’ve seen many comments about people saying that thieves could simply take the USB drive to avoid being filmed when breaking into a Tesla vehicle, but I think that’s beside the point.

In my opinion, the alarm and notification system is the biggest feature here. Much more important than the recording, which I don’t think is the most important deterrent.

What do you think? Let us know in the comment section below and reach out if you have the update and have any experience with it.