Survey: Two out of three might pay more for alternative powertrain vehicle

A recent nationwide survey revealed that 66 percent of automotive consumers would consider paying more for a vehicle with an alternative powertrain.

The results come from market research firm InnovateMR, which surveyed 700 participants. Though not specified in the report, alternative powertrains presumably include any and all non-ICE vehicles, including EVs. InnovateMR Chief Research Officer Lisa Wilding-Brown said,

“Consumers are hungry for new technology and power train alternatives. Growth trends are accelerating in certain regions of the United States. Fueling the growth is battery efficiency, increases in engine HP and larger vehicles being offered.”

The full report reveals demographic breakdowns. The youngest age group (18-34) is most willing to consider paying more for an alternative powertrain vehicle, with 80 percent expressing a willingness to do so. 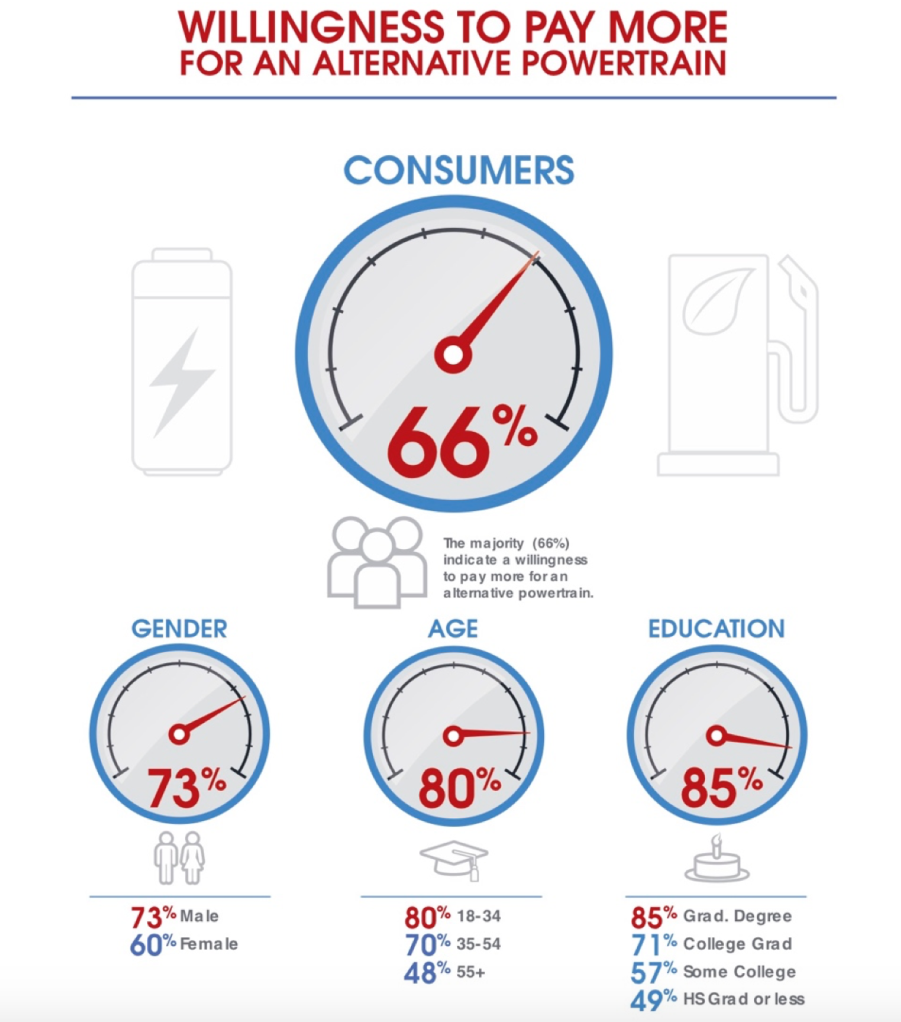 The report notes that “in terms of education, the percent willing to pay more increases as education level increases.”

For instance, 85 percent of participants with graduate degrees were willing to pay more. The survey also noted men are more willing than women to pay more for an alternative powertrain.

Overall, participants cited fuel economy as the top reason for being willing to pay more. Other factors, in order, included: safety, performance, reducing petroleum reliance, reducing CO2 emissions, and lastly, style/image. While style/image placed last, the firm noted this “could be lowest due to lack of willingness to admit this.”

Tesla’s Model 3 topped a recent survey of cars that “bring their owners the most joy.” Despite increasing overall interest, another recent study concluded electric vehicles aren’t being advertised by automakers.