Now Greyp has announced that a new model of electric bicycle is in the works, and this one is unlike anything the company has produced so far.

Greyp’s new e-bike, which will be known as the Greyp G6, won’t be officially launched until March. But Greyp has already released limited specs along with teaser photos and videos of the bike.

The Greyp G6 appears to be a full suspension electric mountain bike, possibly a downhill bike.

The G6 sports a rockshox rear suspension tucked up close to the top tube and leaving ample room for a removable octagonal battery between the rider’s knees.

Like most premium electric bicycles, the cables and brake lines appear to be fed internally through the frame of the e-bike. Internal cable routing offers a cleaner look that would be expected of an electric supercar manufacturer. It also reduces the risk of getting snagged on branches when bombing hills. 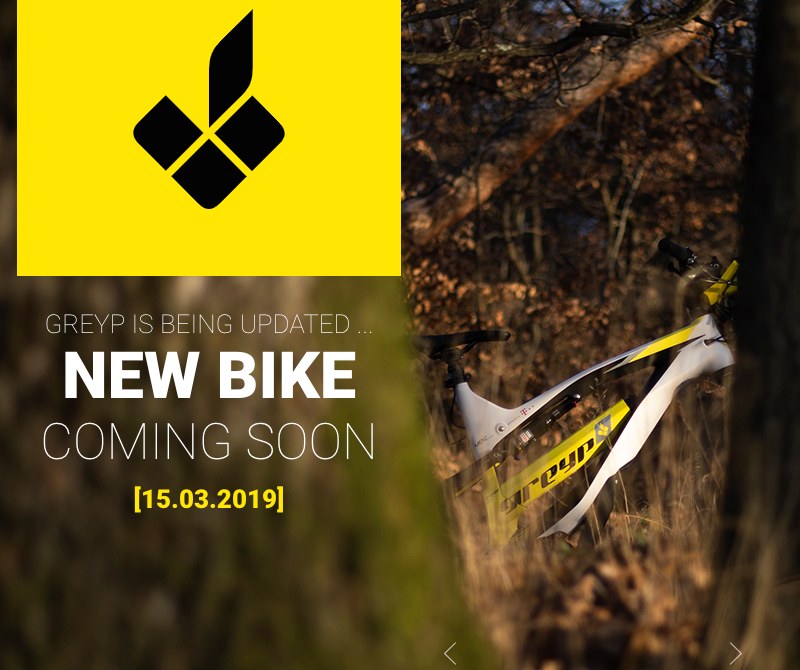 Perhaps more impressive than the bike itself though is the technology that Greyp plans to include in the G6.

While we don’t yet have all the details, there are some significant hints in the short teaser video below.

The Greyp G6 sports some type of smartphone dock that includes a built-in camera surrounded by LEDs or sensors. Greyp is referring to this as the eSTEM.

Greyp included a 3D render of the dock, shown below. 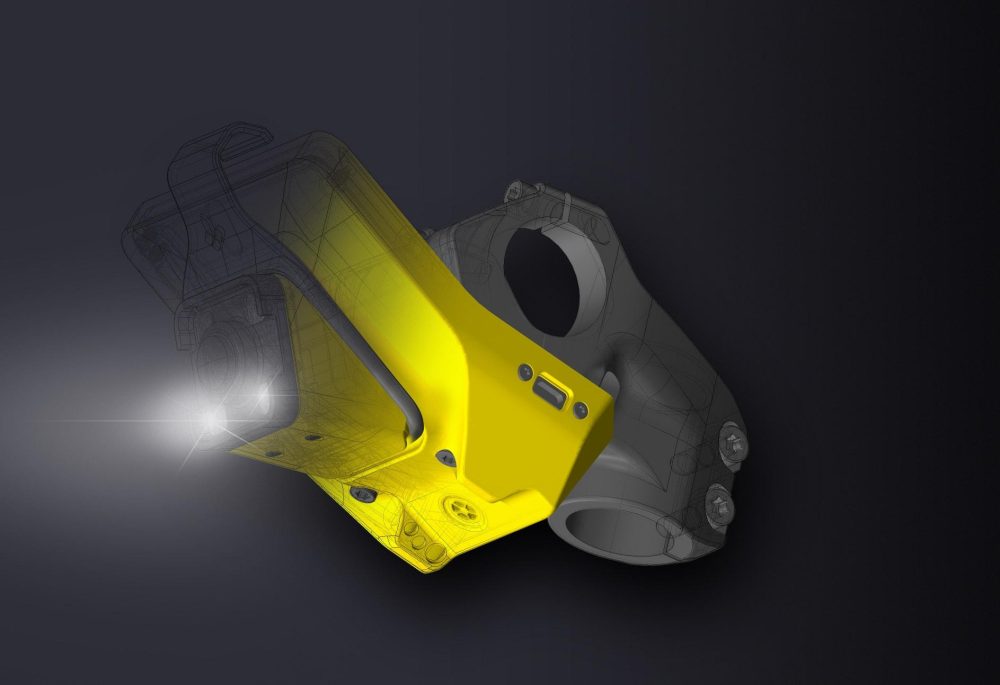 The company has hinted at some possibilities for the eSTEM:

“Greyp eSTEM is a Central Intelligence Module for the bicycle that controls two cameras (front and rear), monitors riders heart rate, has a built-in gyroscope, navigation and eSIM that allows it to be connected at all times. The e-bike system uses mobile phone as a user interface and mobile app creates a unique user experience thanks to the various new options like a remote bike kill switch, photo acquisition, text to bike and remote power limitation.”

So while the Greyp G6 probably won’t be sporting autopilot anytime soon, its dual cameras and other sensors could offer up some interesting new features and possibilities. And the accompanying smartphone app seen in the video is likely to offer even more options when it is released.

All of this marks a significant change compared to Greyp’s last e-bike model, the G12S. That e-bike straddled the line between electric bicycle and motorcycle. With a fully enclosed body, the Greyp G12S offers an electronically limited top speed of 70 km/h (43.5 mph) and a full recharge in just 80 minutes. 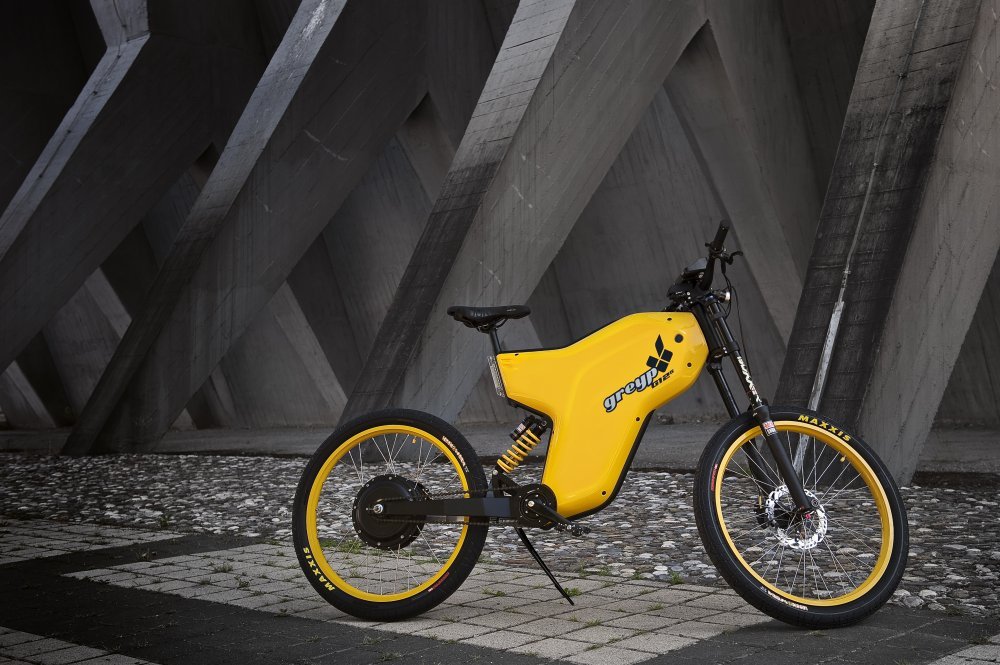 The G12S features a rear hubmotor peaking at 12 kW of power. And for those with enough self-control, the bike can apparently hit a range of 120 km (75 mi) when babied, thanks to its 2 kWh battery.

While the G12S doesn’t sport the new eSTEM of the yet-to-be-released G6, its stem still features smart tech including a fingerprint reader to unlock the bike.

The G12S doesn’t come cheap though, starting at €7,200 ($8,275 USD). However, the Greyp G6 appears to have a smaller battery and motor than its older brother, so it might be more affordable. We’ll have to wait until the official launch in March for complete specs and pricing.