Electrek Review BMW i8 Roadster: an hybrid roadster that needs to be all-electric

The BMW i8 has been some kind of a black sheep in the German automaker ‘i’ brand. When BMW launched the i3, we thought that they would make ‘BMW i’ an all-electric brand, but they instead followed up with the BMW i8 as a plug-in hybrid.

It was disappointing, but to be fair to BMW, it is still the “most electric” roadster/coupé on the market years later and they give it an upgrade this year with a little more battery capacity and a convertible version.

So we decided to give it a shot. Here’s our review:

I’m told it’s a polarizing design. Some hate it and some love it.

I certainly fall under the second category.

The car looks stunning to me. I wasn’t completely on board with the original BMW i8 as I thought that it featured too many “electric design accents”, like the BMW i3, but I think they have smoothed some of those out over the last few small design updates and it’s much easier to get on board with the design.

BMW have also made some improvements specific to the i8 roadster version, which I think looks even better than the coupé.

BMW loaned us one in ‘e copper’ for our review and I don’t remember ever seeing a vehicle with that specific color. I don’t hate it.

Here’s our video review of the BMW i8 Roadster with some great shots by our videographer Scott Buscemi for you to get a good idea of the design:

I had a ton of fun driving the BMW i8 Roadster. It’s a perfect car for a relaxing weekend drive or to have some fun on winding roads.

And speaking of winding roads, we took full advantage of the canyon roads around Malibu, where it was a blast to drive.

The car handles well and feels comfortable even with some aggressive steering, but it also feels a little underpowered for a sports car.

In my opinion, BMW wasn’t able to take advantage of the benefits of an electric powertrain – especially when it comes to the instant torque.

You can feel the lag of the gas engine when pressing on the accelerator for any kind of relatively aggressive acceleration. That’s understandable with only a 105 kW/143 hp electric motor and a small 3-cylinder engine, but it’s not what you’d expect from a car that looks like that.

Performance aside, it’s just great to pull the top down a drive around in the BMW i8 Roadster.

With the release of the new Roadster version, BMW updated the i8’s powertrain with a larger battery (11.6 kWh, up from 7 kWh).

It makes a decent difference.

At the launch, they were claiming a range of 33 miles (53 km) with this new battery pack, which feeds a 105 kW/143 hp electric motor driving the front wheels while a three-cylinder petrol engine with BMW TwinPower Turbo powers the rear wheels for an all-wheel-drive system.

The actual EPA range is only 17 miles and the system of the car that we tested was showing 22 miles on a full charge.

That’s not bad on paper.

Technically, many people could do their commute only on electric power, especially if they have a charger at work (the BMW i8 only has a 7 kW onboard charger but’s enough when you have a ~12 kWh battery pack). However, the problem is that the gas engine often kicks in during hard acceleration.

Therefore, it’s really hard to drive the BMW i8 on electric power only, unless you want to drive like your grandma.

Nonetheless, we are only talking about going into “electric assist” mode for short periods of time.

If you drive the car mostly in bursts of ~20 miles, which believe it or not is how most people drive on a day-to-day basis, and charge in between drives, you can potentially go months on a single tank of gas.

That said, I can’t help but to think: why not go all-electric?

And that’s the main takeaway I had from driving the BMW i8: make it all-electric. It would be a perfect car to be all-electric.

We are done filming the BMW i8 Roadster. It was a fun a car to drive, but every time the gas engine kicked in, I couldn’t help but dream about BMW making an all-electric version. Full review coming on Electrek soon.

To be fair to BMW, it’s the most electric sports car you can buy right now. You have to give them that.

There are several EVs available today that have sports car performance, but they don’t really look like sports cars. The BMW i8 certainly looks the part.

Some are coming, but BMW has had the lead here for years.

My main problem here is that it seems that making the i8 all-electric would only make it better. The car was only showing a range of around 200 miles with a full tank of gas. EPA actually says a full range of 320 miles.

If range was the concern for them when deciding to make the i8 a plug-in hybrid, it makes no sense because you would have been able to get a longer range with something like an 80 kWh battery pack.

On top of the range, it would have supplied more power to the front electric motor and you could replace the gas engine with a second electric motor.

I don’t want to take anything away from the BMW engineers because it’s truly an impressive powertrain that they built, but look at how complex it is: 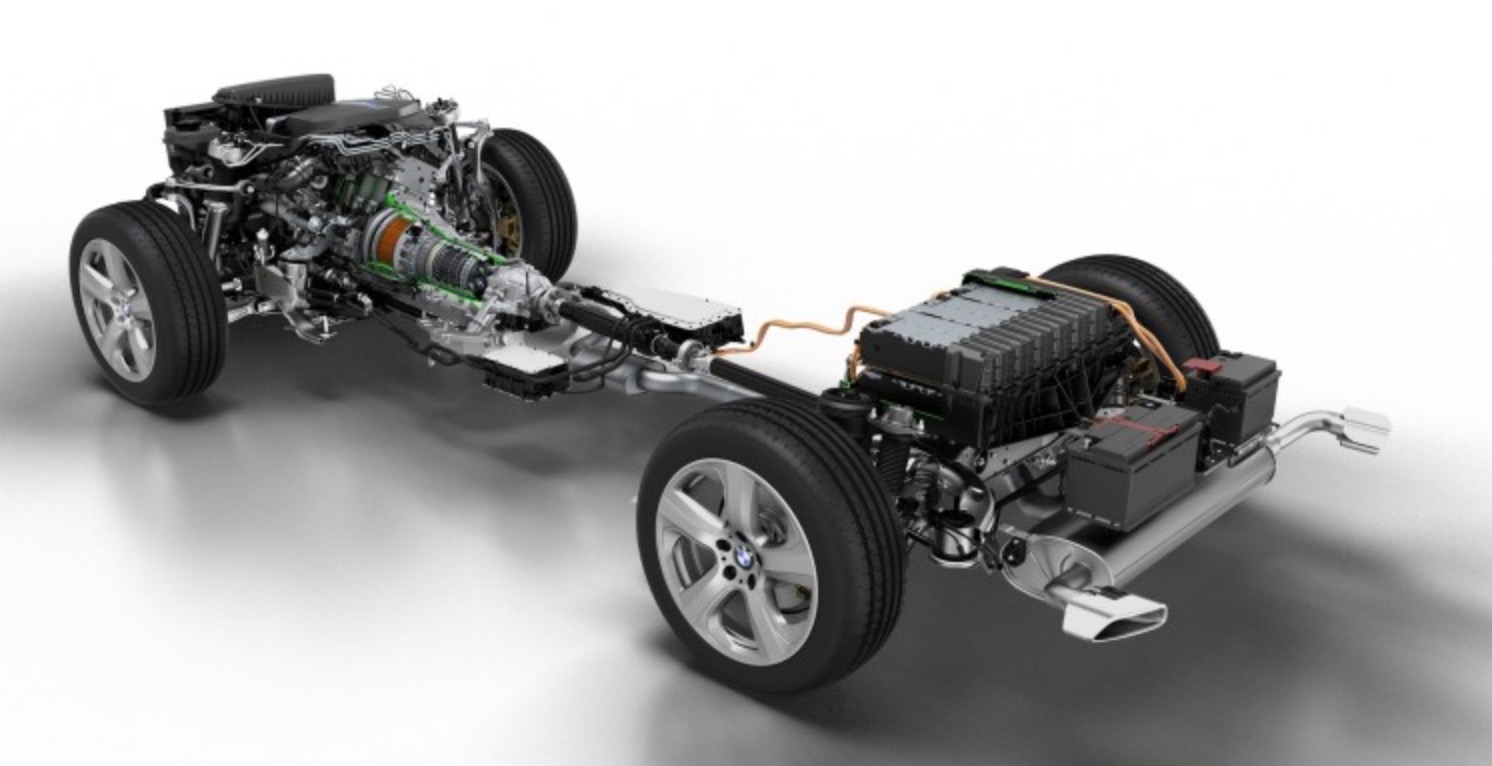 I can’t help but to think that it would have been better to make a more dual motor platform with a larger battery pack.

I think that the price would be more justifiable if it came with an all-electric powertrain, which would undoubtedly result in higher performance.

There have been talks about BMW possibly killing the i3 and i8 programs ahead of their new generation of EVs.