We have only seen two Tesla Semi electric truck prototypes since the launch over a year ago, but it now looks like there might be a third one or at least a modified one as a red Tesla Semi has been spotted in the wild.

The former has been publicly seen over the last year as part of the Tesla Semi development program, but we haven’t seen the black prototype for months after Tesla Semi was setting out on its first cargo trip with battery packs from Gigafactory 1 to the Fremont factory.

The Tesla Semi black prototype finally made a comeback earlier this month.

Now Reddit user u/real_spicy_tuna has spotted what could be a new Tesla Semi prototype on the 405 highway in Los Angeles today: 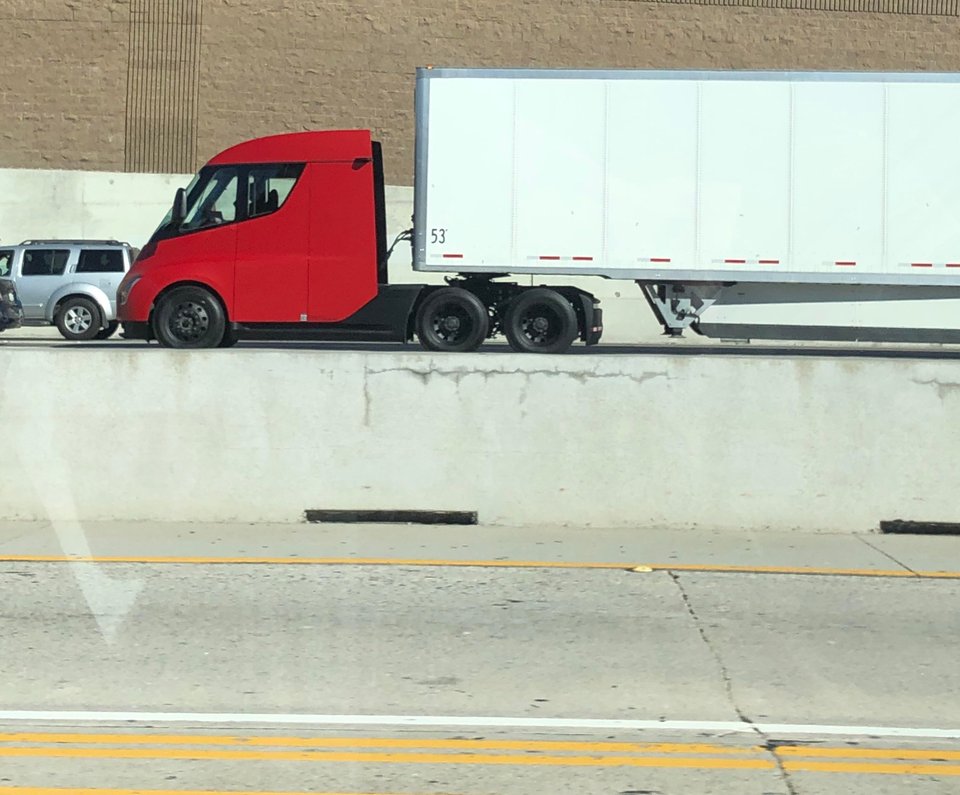 The vehicle appears to have the same short top configuration as the matte black prototype that recently reappeared and it has a different wheel design than the silver prototype.

It’s either a brand new vehicle with the same configuration or Tesla did a paint job to the existing prototype.

But after a year in development, Musk said that he expects that the production version could be even more efficient with a range closer to 600 miles.

Tesla originally said that it aims to bring the electric truck to production in 2019, but it was over a year ago and the company hasn’t updated the timeline since.

I have a feeling that this is the matte black prototype, but it could be an updated version.

The matte black prototype was seen driving down from the Bay Area to Los Angeles just a few weeks ago and now we see a similar version but in red pop up in Los Angeles.

I doubt that’s a coincidence, but Tesla Semi is still in its development program and it wouldn’t be surprising if Tesla upgraded the prototype with new components and simply used the same chassis.

They could have given it a fresh paint job to mark the fact that it’s a new/more advanced version of the prototype.