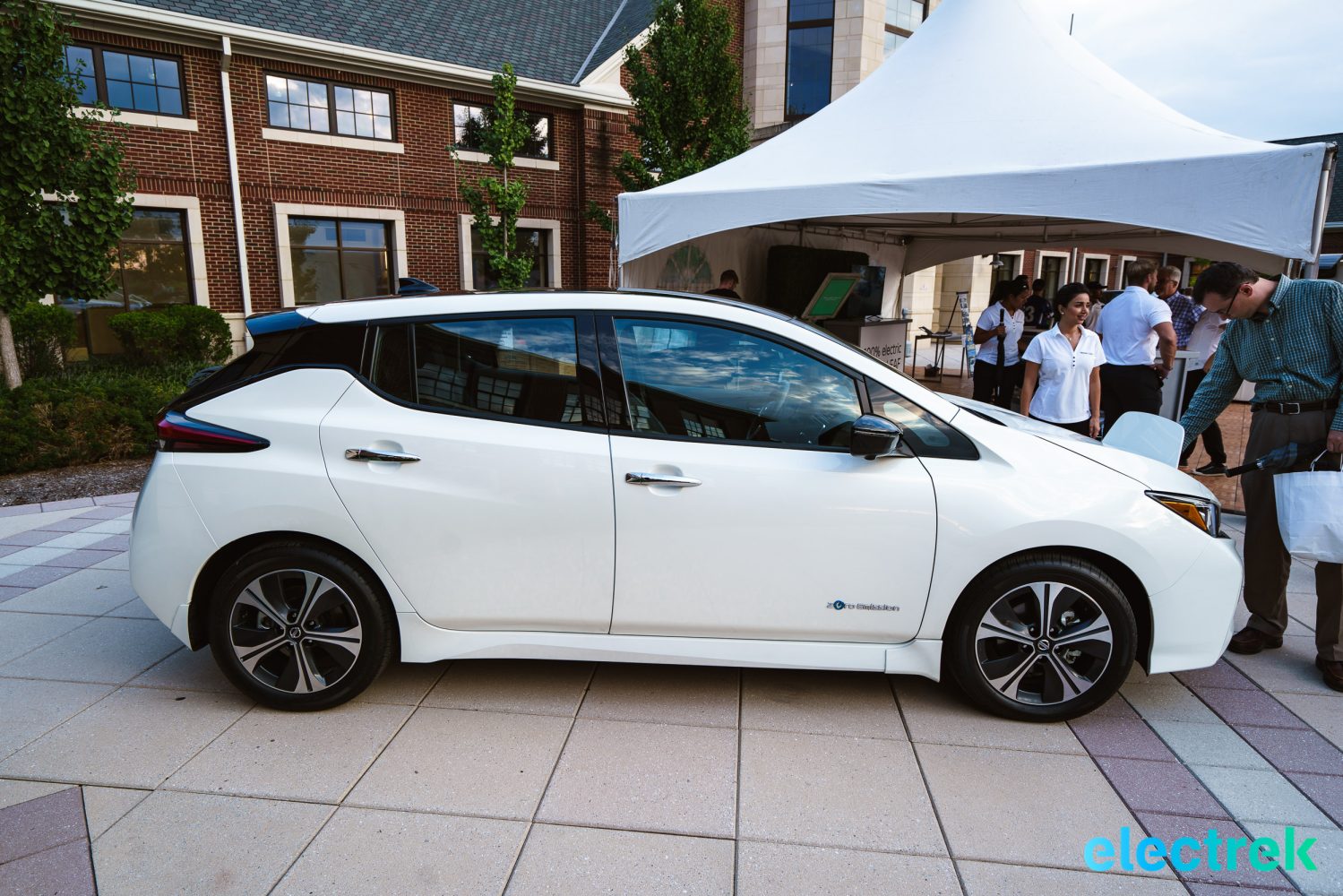 While we were disappointed that Nissan decided to cancel their unveiling of the new 60kWh LEAF at the Los Angeles Motor Show last week as its now former CEO was being brought up on charges, we were content to learn all about the very interesting Nissan Energy group.

Fast forward to this week and we’re hearing that the expected 60kWh Nissan LEAF will be coming at CES with some possible surprises in tow.

German site Electrive claims that at a dealer presentation this week, Nissan told its partners that it would unveil the 60kWh Nissan LEAF at the Consumer Electronics Show (CES) in Las Vegas which officially runs from January 8-11. However, most CES announcements are generally made in the days leading up to the event. We’ve been hearing similar but have reached out to Nissan for comment and will report back if there is one.

Obviously coincidentally, Nissan has invited us to their CES presentation which will span January 7-9th, so if any of the rumored happenings do occur, we’ll be on hand to check it out. We’ll have lots of footage and reactions.

The enlarged battery pack is also rumored to house more kW of power output and we assume this extends to the controller, motor and cabling as well. The power is supposedly ramped up from 110 to 149 kW, which is a pretty huge gain. That takes the horsepower from 150 to 200, which is equivalent to its Chevy Bolt/Hyundai Kona competition.

Along with the 60kWh battery pack, which sadly is still rumored to be passively air cooled, Nissan is expected to up its CHAdeMO charging speeds to 100kW. That’s an impressive charging speed and we hope we’ll get some corresponding announcements from charging providers that will announce 100kW additions/upgrades to their network. The only current US vehicle with 100kW CHAdeMO is the Kia Soul EV which just got replaced by a double sized battery version that will now charge via CCS combo.

Nissan recently abandoned its own battery production arm and decided to outsource its battery production, as the new LEAF will reportedly source its pack from LG. That’s where its competition Chevy Bolt and Hyundai are sourcing their 60-ish kWh batteries from too so don’t expect too much differentiation there.

According to the rumor, the 60kWh Nissan LEAF will be introduced to the European market in May 2019 at a 5,800 euro premium option. Current batteries sizes will remain available. No US rollout timeline was proffered.

It will be called “E-Plus” according to the site.

I really want Nissan to do well here after pioneering the inexpensive battery electric vehicle.  But they’ve obviously absorbed some blows in the Ghosn firing/shakeup.

That said, I really think the new LEAF surprises with power, handling and range. It is already ahead of the Bolt and the Kona/Niro in passenger and cargo space.

Also, I was disappointed to hear that they are sticking with air cooling even as reports are showing that the passive cooling is hurting battery life compared to active liquid cooling that almost every other 1st tier manufacture is using. The source site said that they did add an additional fan, if I’m reading it right, so maybe they’ve figured out the cooling issue without having liquid coolant.