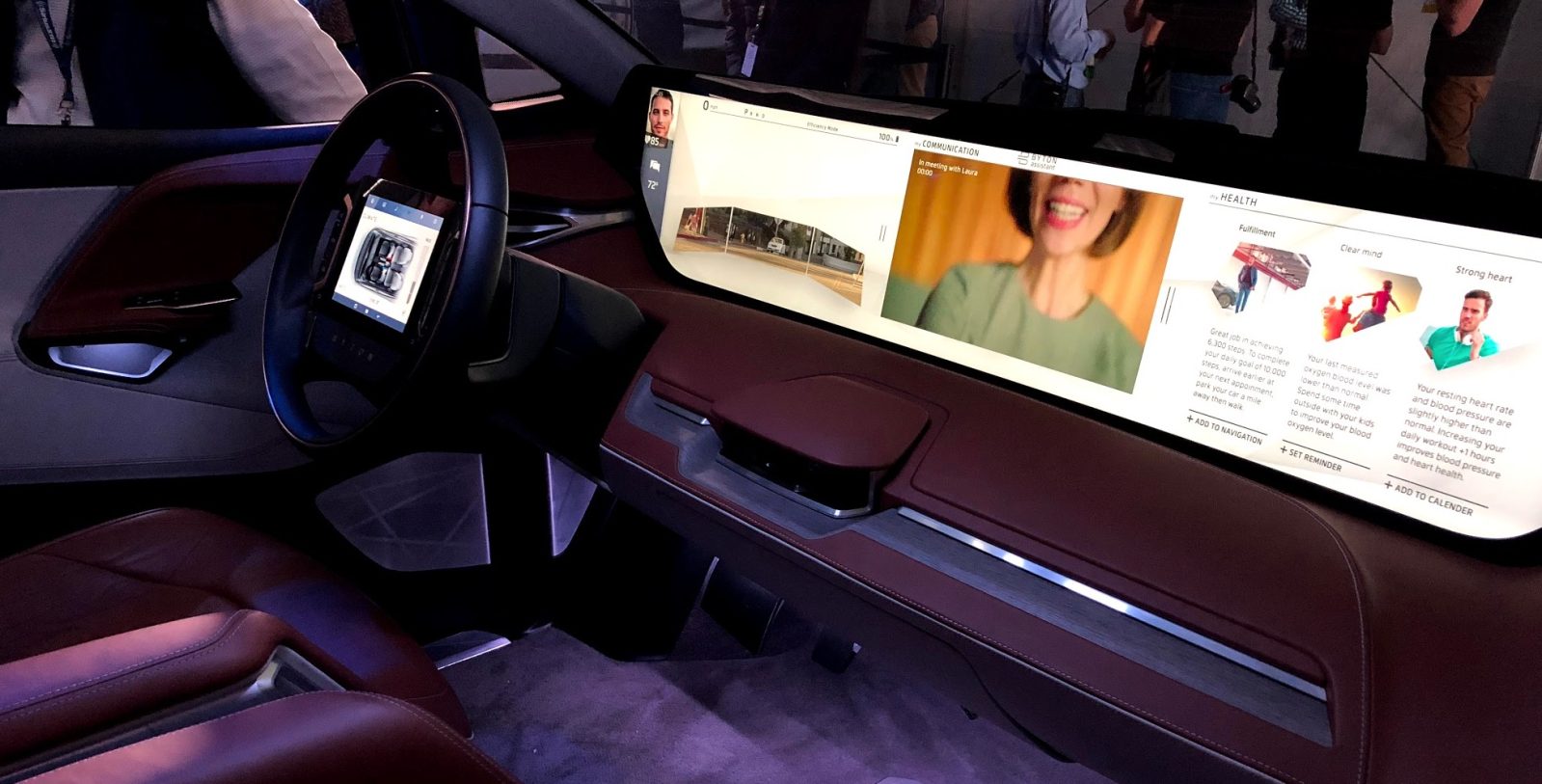 BYTON, a China-based EV startup, started giving test rides in its M-Byte all-electric crossover prototype ahead of its launch next year.

We took a quick ride around downtown Los Angeles which you can watch in full below.

As we previously reported, Byton was founded by a bunch of executives from Tesla, BMW, and Nissan. It has several Chinese investors, including Tencent Holdings, which is now also an important investor in Tesla.

Earlier this year, they secured $500 million in funding to bring their electric vehicles to market.

They are currently completing a factory in China to launch their vehicles there next year and they plan to expand internationally in 2020.

BYTON is promising some very interesting specs for a relatively low starting price of $45,000: a 71 kWh battery pack for 250 miles of range, 30 minutes fast-charging to 80%, 200 kW rear-wheel drive motor, and more.

They are also offering higher-end versions of the two vehicles with a 95 kWh battery pack for 325 miles of range and a dual motor all-wheel-drive system.

Unfortunately, they haven’t confirmed the price of the higher-end versions.

BYTON’s vehicles are built around self-driving technology, which is supplied by Aurora, and the entire experience inside the vehicle is built around it. That’s mostly what we were meant to experience in the test ride.

The car they brought at the LA Auto Show wasn’t equipped with BYTON’s own platform and it was mainly meant as a demo of the in-car experience, which is built around the vehicle’s giant 49″ by 10″ screen inside the dash.

Here’s the video of our test ride:

I won’t comment on the actual ride experience since the powertrain and suspension weren’t BYTON’s.

Also, like BYTON said, the vehicle was only 80-85% representative of the production version, so the in-car experience is going to change too, but here are my first impressions anyway.

Can there be too much screen? You are talking to a guy here with a workstation set up with 3 giant screens. I love having a lot of screen real estate and the same goes inside my cars too.

But I think there’s a limit, and BYTON is certainly playing with it. This is simply crazy.

It’s low enough that it doesn’t actually block the view, but most parts of the screen would have to black out when driving otherwise I think it would be distracting.

I think this would be awesome in a truly self-driving car, but like Tesla, I doubt BYTON is going to have that at launch and therefore, the vehicles will be manually driven at first.

Again, I think there are solutions like having a driving mode for the screen that would make it less distracting and I think BYTON is working on some similar features.

Aside from the screen, I really like the glass roof. It’s not a big SUV. I would even call it a crossover, but it didn’t feel small inside thanks to the roof and the windows offering a clear view.

I think there’s definitely a lot of potential here and I can’t wait to try a more finished version.