Byton unveils its all-electric SUV starting at $45,000 with range up to 323 miles 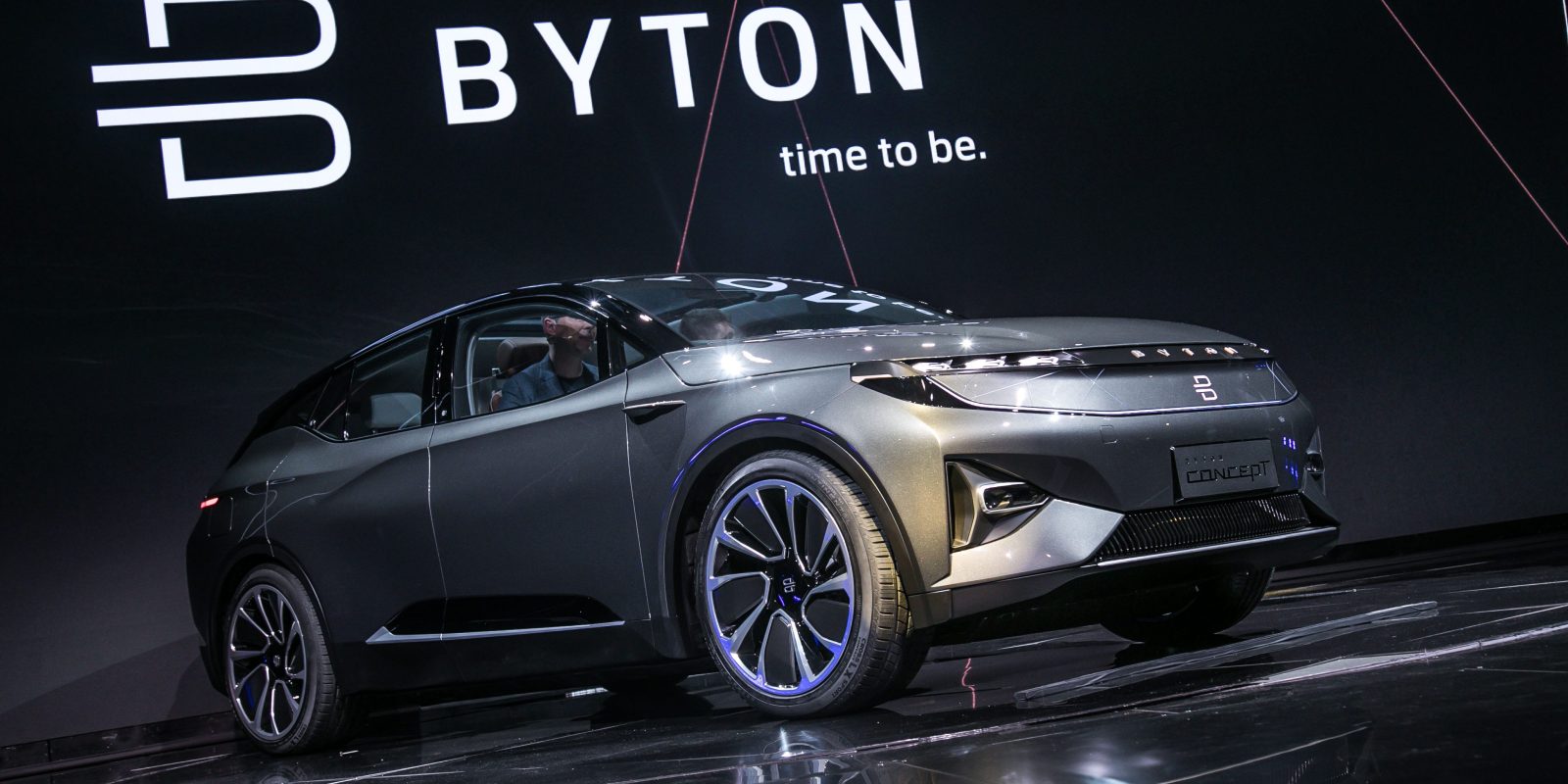 After a few month of teasing and confirming that it will launch in the US in 2020, Byton, the international brand of China-based EV startup Future Mobility Corp, unveiled its first electric vehicle, which it refers to as “an electric intelligent SUV.”

As we previously reported, Byton was founded by a bunch of executives from Tesla, BMW, and Nissan, and it has several Chinese investors, including Tencent Holdings, which is now also an important investor in Tesla.

The company is part of a growing trend of Chinese electric vehicle startups launching new EVs in China but who also have international ambitions.

Their first vehicle unveiled this weekend at CES, a small electric SUV, is planned to hit the Chinese market next year before coming to the US and Europe in 2020.

They showed the vehicle for the first time during an event in Las Vegas last night:

They listed the key features in a press release:

The company claims to be able to charge the battery pack to “80% in just 30 minutes.”

Byton also announced that all its vehicles, a sedan and “multi-purpose vehicle” will follow, will be equipped with level 4 autonomous driving-ready hardware. Level 3 will be available at launch and level 4 software will be released with an update in 2020, according to the company.

Most of the presentation for the launch of the SUV revolved around Byton’s connectivy and user interface features.

Interesting first entry from this somewhat secretive startup that we have been following for a while now.

I’m not sure what to think of all that multitude of high-tech features yet, but when it comes to core electric vehicle specs, I like what I’m hearing – especially for the price.

We are talking about a mid-luxury SUV at $45,000 with a significant battery capacity close to the base version of Tesla’s Model X. The higher-end version with dual motor and a bigger battery pack could theoretically even be competitive with Tesla’s flagship electric SUV.

Otherwise, it sounds like it could be a competitor to Tesla’s upcoming Model Y, which is expected around the same time.

Of course, we haven’t had a lot of luck with EV startups bringing their cool EV concepts to production yet, which means that Byton will have to work against the persisting vaporware-feeling that comes with new companies launching electric vehicles.

If you want my opinion, the caliber of leadership is impressive and it seems one of the most credible financial backings to date for EV startups in China.

I think Byton might be a company to watch in the next few years. What do you think? Let us know in the comment section below.