Last week, we reported on the Model 3 having some issues in cold weather and Tesla said they were investigating the situation.

The automaker is now already pushing a new software update to address some of those cold weather issues.

Model 3’s doors are also frameless and therefore, the window slides down slightly when you pull on the handle in order to enable you to open the door.

With the cold, several owners were reporting that the door handles were extremely hard to pop out and when they do, the window doesn’t always come down.

After we reported on the issue, Tesla said that it was investigating the situation.

Tesla wrote in the releases notes:

“Window position and charge connector locking behaviors have been optimized for cold weather.”

The automaker didn’t give too many details about the “cold weather improvements” from the release notes, but we are going to try it out.

After playing around locking and unlocking my Model 3 for a few minutes, it looks like Model 3 simply doesn’t close the windows completely anymore.

For context, it’s about -11℃ right now. My Tesla app was showing -9℃ and I preheated for over 20 minutes before trying to open the car: 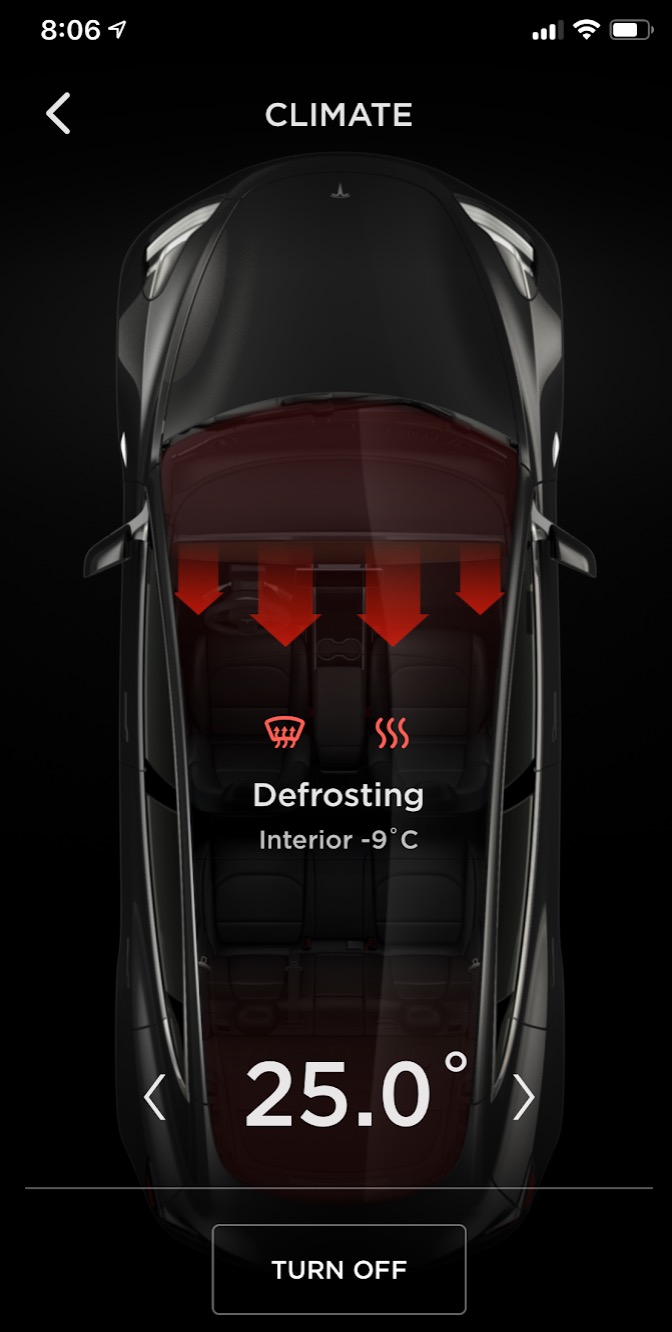 My driver’s window did go down when pulling on the door handle, but it didn’t go up after closing the door.

It looks like Tesla is not allowing the window to go completely up anymore in order to enable people to safely open the doors in cold weather.

The disadvantage is that it doesn’t seal the interior as much, which is not great for efficiently warming up the cabin.

That said, the windows can still go down enough to open the door and still touch the seal so it’s not that big of a deal.

As for the update to the charge port, I couldn’t see a difference myself, but I reached out to Tesla and they said that the charge port will remain unlatched to allow a charge cable to be inserted, even in the event that the latch is frozen.

I didn’t experience this issue myself but several other owners reported that the latch would freeze and they couldn’t plug or unplug a charger.

It’s unclear at what temperature the latch wouldn’t activate.

Update: after the update, my window doesn’t go completely back up as previoucly noted, but it also doesn’t seem to go as far down as it previously would when opening and closing the door. The window scratches on the trim when I open and close the door. That’s not good.