We are not talking about Norway-level of electric vehicle adoption just yet, but the start of volume deliveries of the Tesla Model 3 in Canada over the last two quarters has helped push EV sales to a new record high relative to new car sales.

It might not seem that impressive, but it’s ahead of many other markets.

According to a new report from Fleet Carma, EV sales peaked at over 13,000 units during the last quarter.

The growth rate is truly impressive and if the trend continues, we can imagine some great things in the next few years.

Depending on EV sales in the last quarter, Canada could add more EVs in 2018 than it did over the lat 3 years combined: 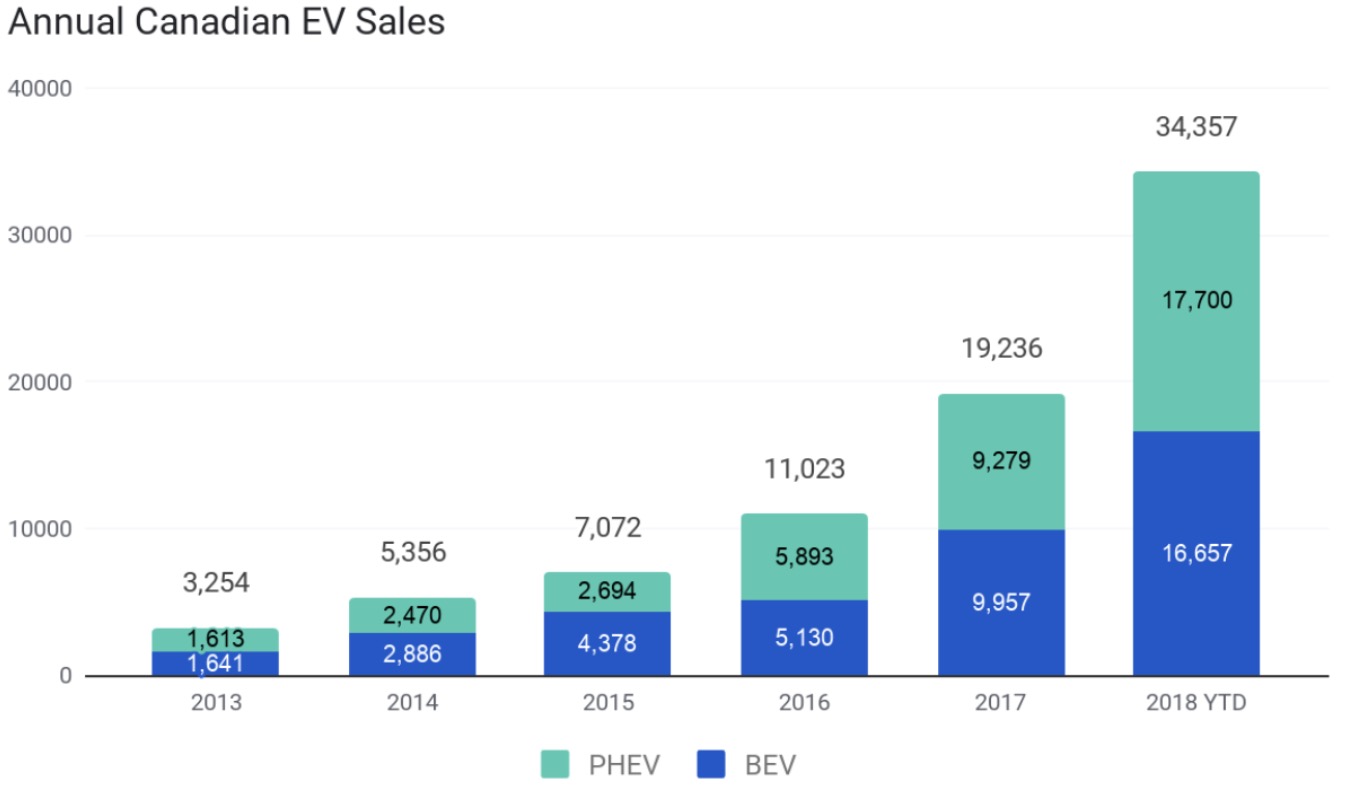 The start of volume deliveries of the Tesla Model 3 over the last two quarters made a big difference this year in Canada.

Tesla delivered almost 5,000 Model 3 in the country over the past 6 months and the vehicle remained the best selling plug-in during the last quarter, according to Fleet Carma’s numbers:

Nissan Leaf deliveries also slightly increased by about 200 units during the quarter.

Tesla also contributed with Model X and Model S deliveries, which were both up over the last 3 months – now taking the 4th and 5th spots in the country.

On the PHEV front, the arrival of the Mitsubishi Outlander PHEV is also making a difference with almost 2,000 deliveries during the last quarter. 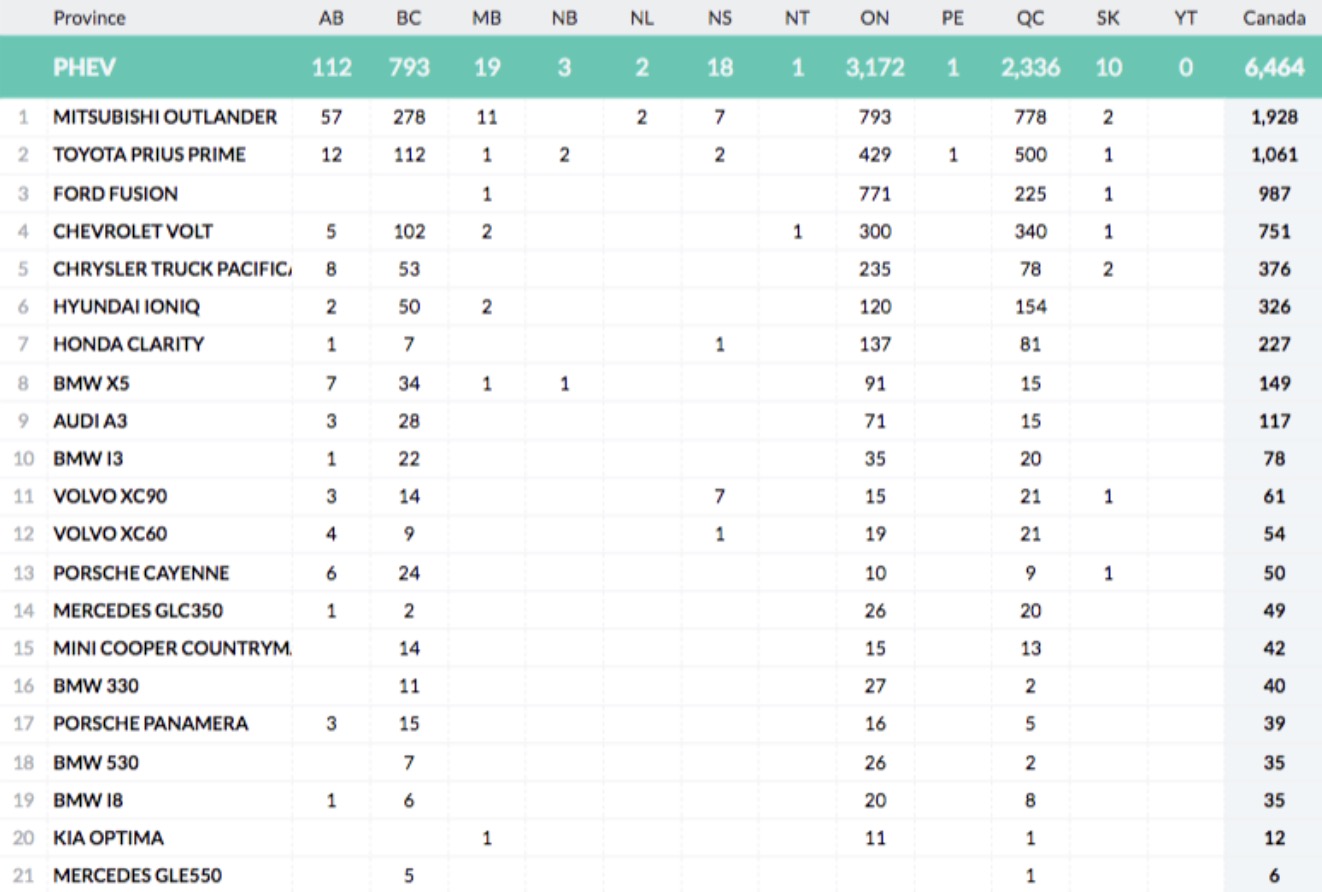 While all those numbers are encouraging for EV sales, the situation is expected to change in the country due to Ontario, which was adding more EVs than any other province this year, ending its EV incentive program.

It is expected to have a significant impact, but Quebec and British Columbia are still going strong

I like what I’m seeing in Canada, but I think the fourth quarter numbers are going to be the most interesting ones.

First off, it will be interesting to see the impact of the end of the EV incentive in Ontario on EV sales in the province.

Also, I wouldn’t be shocked to see Model 3 deliveries go down overall in the country as Tesla focuses deliveries in the US during the last 3 months of the year due to the end of the full federal tax credit in the country.

While Canada is undoubtedly going to have an incredible year for EV growth in 2018, I think things might slow down in the fourth quarter.

It should come back strong in 2019 with more Model 3’s and the arrival of a few other EVs, like the Audi e-tron, Kia Niro EV, and Hyundai Kona Electric.

Though it’s still unclear how much volume will be available for all those new vehicles.