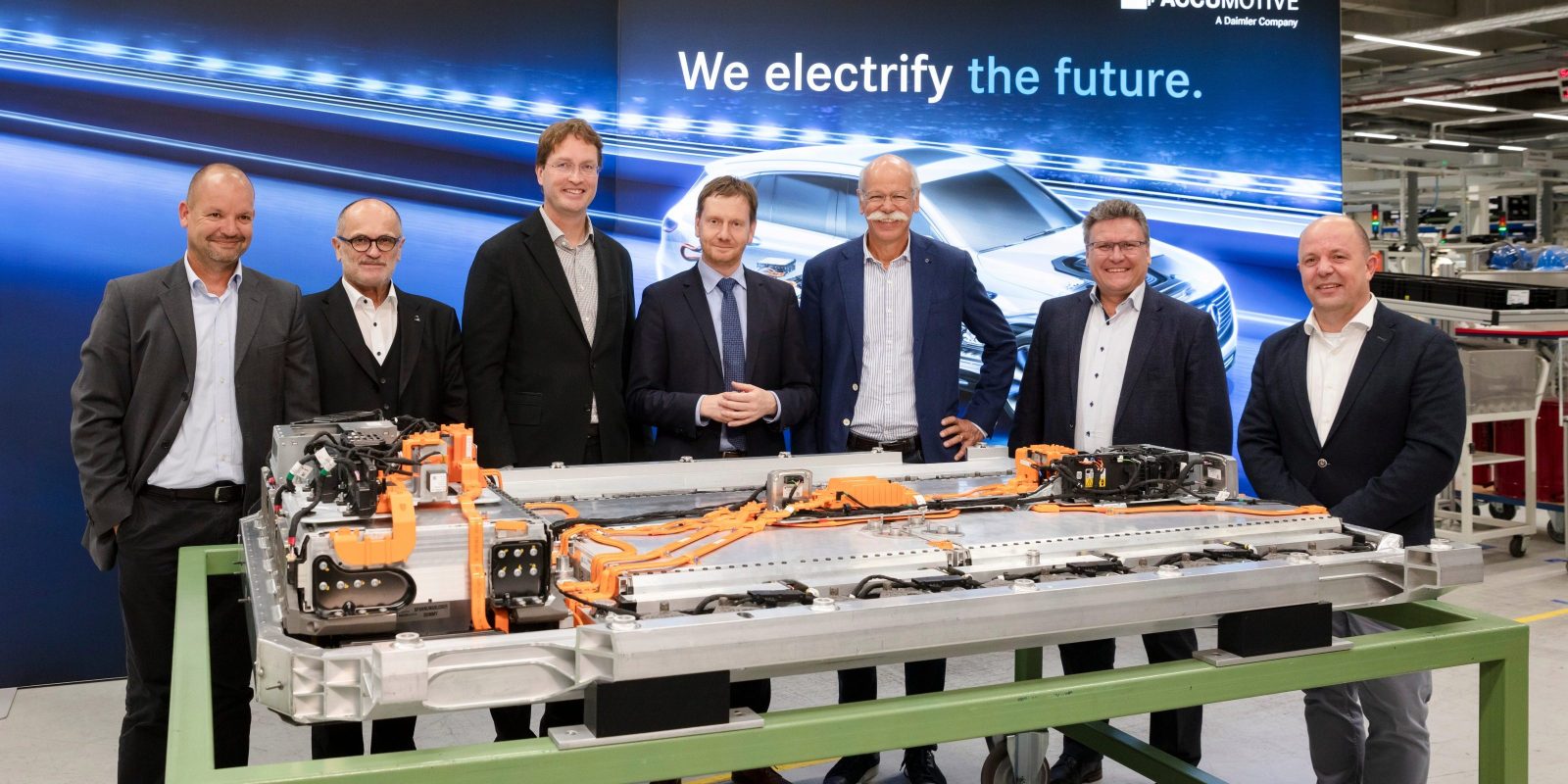 Daimler, under its Accumotive subsidiary, has its own battery pack Gigafactory in Germany and now it announced that it is doubling its workforce ahead of the launch of the Mercedes-Benz EQC electric SUV.

In 2016, the German automaker announced an investment of over $1 billion in batteries to support its electric vehicle plans.

They don’t plan to make their own battery cells, but they want a solid supply chain and battery pack production capacity, which is handled through Accumotive.

Since the start of the production in 2012 at the Kamenz factory, the subsidiary has produced “more than 200,000 batteries.”

Those batteries are for plug-in hybrids and relatively small, but they are now ramping up in preparation for the production start of the Mercedes-Benz EQC next year.

Today, they announced that they are doubling the number of employees to approximately 1.000 at the battery pack factory.

Dieter Zetsche, Chairman of the Board of Management of Daimler AG and Head of Mercedes-Benz Cars, commented:

“We are taking big steps in the direction of electro mobility. At Accumotive we will double the amount of employees until the end of the year 2018. We will achieve this almost one year earlier than initially planned. We are thus heading for the start of production of the EQC in spring 2019.”

The company didn’t confirm the level of production that they plan on achieving with the new workforce, but did say that it would have a capacity in the “gigawatt-hours” when announcing a plant expansion.

Mercedes-Benz also broke ground on a new battery factory for electric vehicles in the US last month.

It’s part of Daimler’s plan for a “global battery network” to support its electric vehicle ambitions.

“With meanwhile eight battery factories on three continents we are well represented in terms of electromobility in the powertrain production network of Mercedes-Benz Cars. Since 2012 we are producing batteries in Kamenz and have gained valuable knowledge. Our team is working highly motivated on a daily basis and is coping with the increasing quantities while operating the new systems”,

The investment will start to pay off next year with the Mercedes-Benz EQC electric SUV going into production.