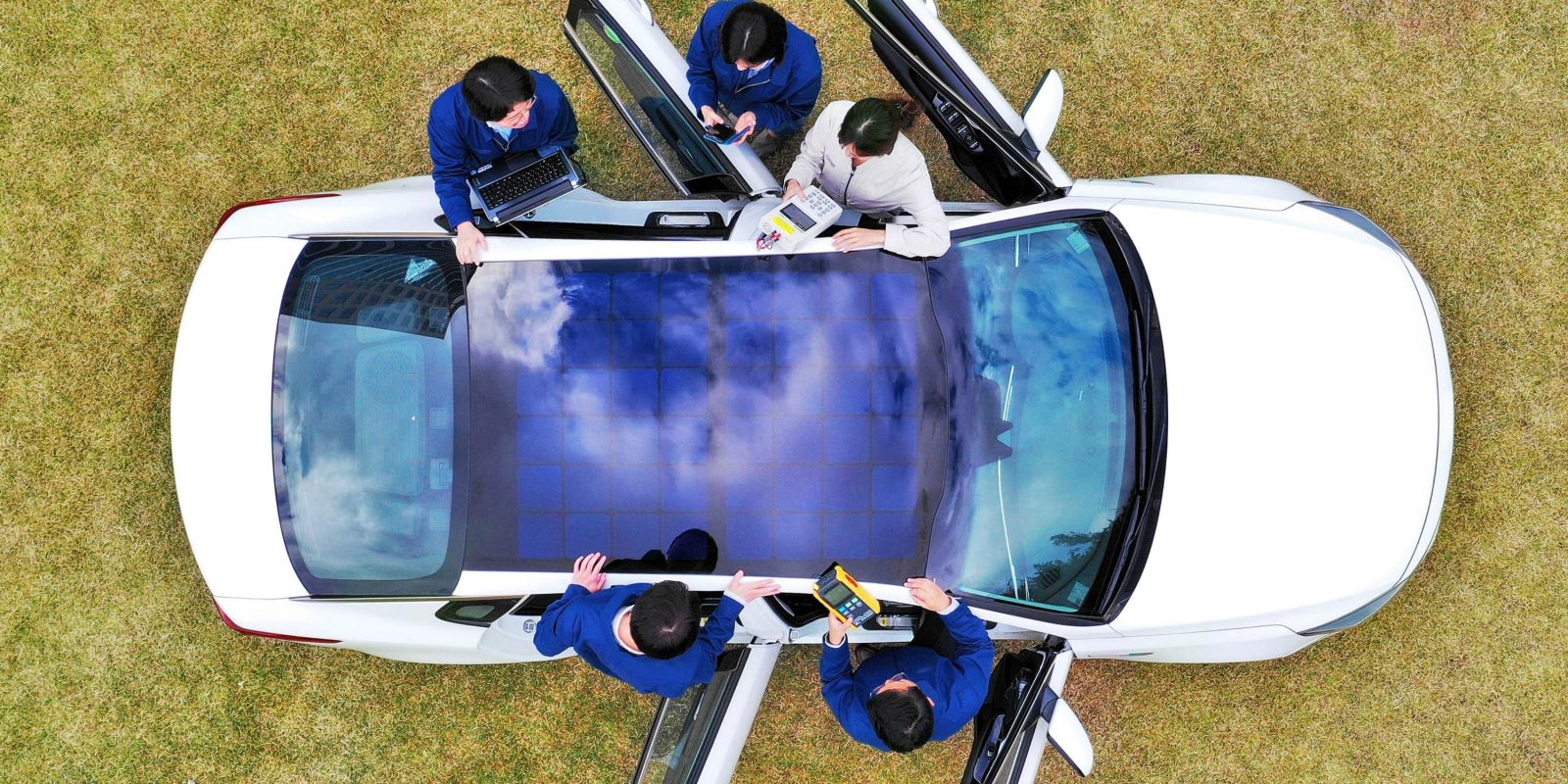 Electric vehicles enable owners to have more choices for the sources of energy to power their vehicles. EV owners have been known to adopt solar power at a higher rate than the rest of the popular.

Some of them even want solar directly on their vehicles – even though it’s not the most efficient place for it.

Hyundai and Kia have now unveiled a new solar roof for vehicles to launch next year.

The problem with solar panels on vehicles is that they don’t generate enough electricity to do much of anything. Toyota already had an option for a solar roof on the previous PHEV Prius, but it was only generating 50 W and powering the fans for the AC.

Fisker had a similar option for the Karma, but it also had only a little impact.

But now several automakers are moving forward with new systems that would be able to add some energy to batteries to power the vehicle and even add some range.

Hyundai and Kia are the latest ones to jump on board and they are developing three different solar cells for all vehicles from ICE to all-electric:

“The first-generation system is for hybrid vehicles, while the second-generation technology brings a semi-transparent solar roof system to ICE vehicles. The third generation of the technology will see the introduction of a lightweight solar roof for battery electric vehicles.”

The solar cells are semi-transparent and would enable a glass roof:

The developer of the technology, Jeong-Gil Park, Executive Vice President of the Engineering and Design Division of Hyundai Motor Group, commented:

“In the future, we expect to see many different types of electricity-generating technologies integrated into our vehicles. The solar roof is the first of these technologies, and will mean that automobiles no longer passively consume energy, but will begin to produce it actively. It is an exciting development for us, designing a technology for vehicle owners to help them shift from being energy users to being energy producers.”

They plan to introduce the technology in vehicles as soon as next year.

If you want to power your electric vehicle with solar power, installing solar cells on the car itself is simply not the most efficient way to do it.

A car’s roof is just not very big and efficiently positioned relative to the sun often enough to make a good support for a solar array. It’s generally more efficient to have solar panels at your house and charge your car there.

But I still like the idea of an electric vehicle having the capacity to generate its own power – even if it’s just a little bit of it.