Elon Musk says that he reviewed Tesla’s service locations in North America and he realized that there are some major gaps, which he admits is a ‘foolish oversight’.

In order to remedy the situation, the CEO announced a major expansion of Tesla’s service coverage.

Tesla has slowed down the rollout of new service centers over the last year as it focused on increasing the capacity of existing ones.

They launched new initiatives like F1-inspired ‘fast lanes’ at service centers to curb wait times and ramped up their fleet of mobile service vehicles.

But that hasn’t been enough in some markets where long wait times for service are still an issue.

Norway, which is Tesla’s biggest market per capita, has arguably experienced the worst of it and we have speculated that it could be a look at the future in other growing markets for Tesla.

Yesterday, Musk said that he reviewed Tesla’s service locations in North America and recognized that the geographic gaps were an issue:

Just reviewed Tesla’s service locations in North America & realized we have major gaps in geographic coverage! Sorry for this foolish oversight. Tesla will aim to cover all regions of NA (not just big cities) within 3 to 6 months.

The CEO set a very aggressive timeline to fix the issue in North America and he added that “same goes for all countries within which Tesla officially operates by end of next year.”

Tesla currently operates 78 service centers in the US with a high concentration of them in California and quite a few in the Northeast, but several other markets are indeed underserved: 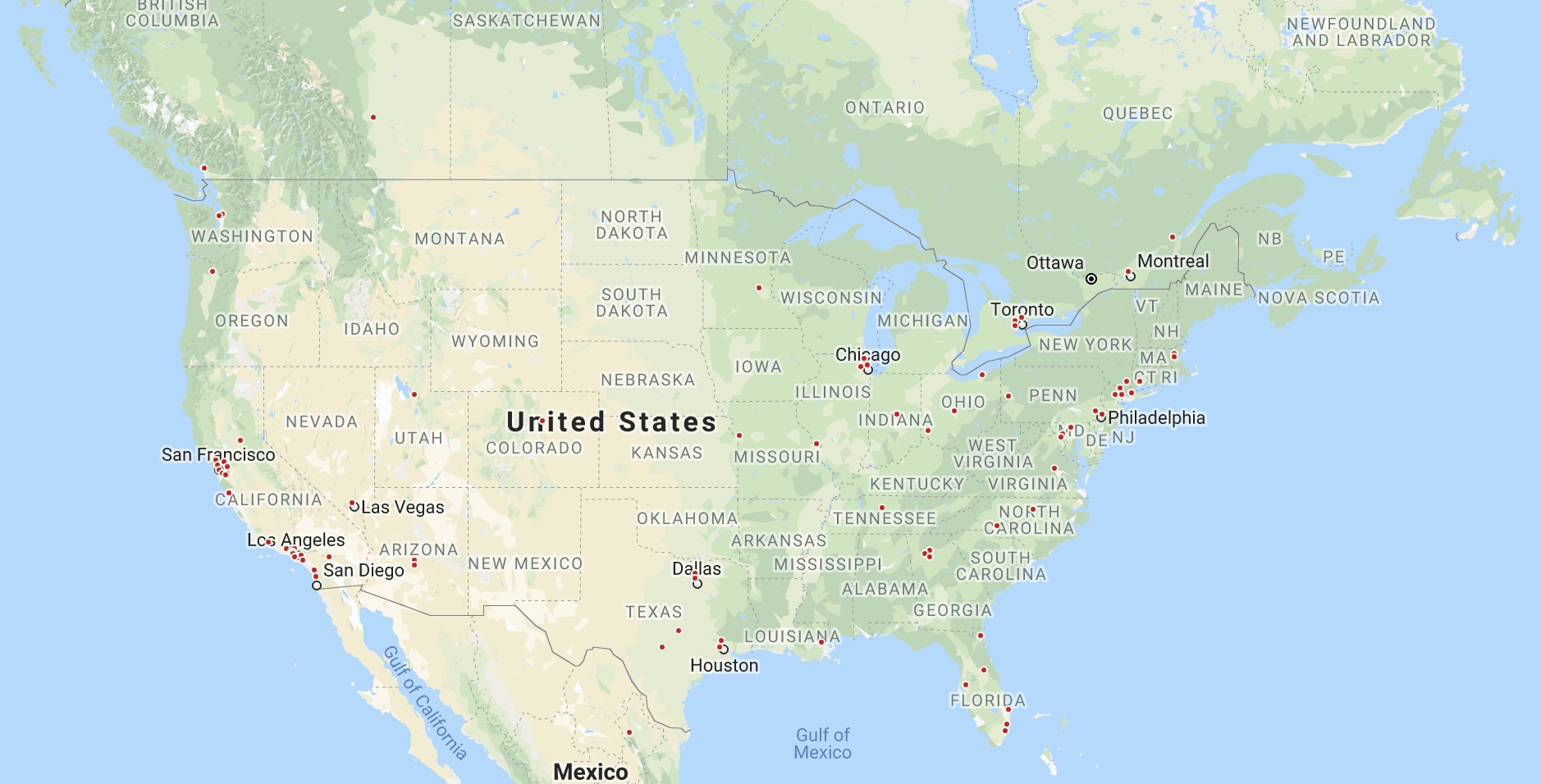 In Canada, Tesla has only seven service centers to cover the entire country and three of them are in or near Toronto.

It’s unclear how many new service centers will be built as part of this expansion, but we will keep an eye out for new ones in the coming months and report back.

Well, that’s a ‘Elon Time’ deadline if I’ve ever seen one. There’s simply no way that they can cover all the needed gaps in service centers in North America in 3 to 6 months.

That’s about the perfect timeline to get a service center ready and we know there’s always something going wrong. Buying existing or old dealerships and garages can speed up the process, but they also need to renovate and hire staff. It’s not exactly a quick process.

They will have to do at least a dozen of them simultaneously and everything will need to go right for that to happen.

Nonetheless, I think owners will appreciate the recognition that more service centers are needed to appropriately serve the growing fleet in North America, which was the first market to get Model 3.

It looks like Tesla is also planning to expand service in other countries as the Model 3 expands internationally next year.