Norway keeps impressing the world with its fast pace electric vehicle adoption, but what is most impressing is that they are doing it with relatively few options.

Automakers are now turning to the market to introduce new EVs early with pre-orders. The country now has reportedly over 30,000 electric vehicles on pre-orders.

Ever since Tesla popularized the method to build demand for new electric vehicles, several legacy automakers have also turned to pre-orders to introduce their first EVs.

In most cases, like Mercedes, Audi, and Jaguar, all opened orders in Norway first since the market has been known for embracing EVs.

Now Norway’s NRK tried to tally all those reservations to see what kind of demand is coming from the market in the next few years as automakers start releasing those new EVs.

According to their tally, the Tesla Model 3 and Audi e-tron electric SUV are leading pre-orders in Norway (chart based on deposit amounts): 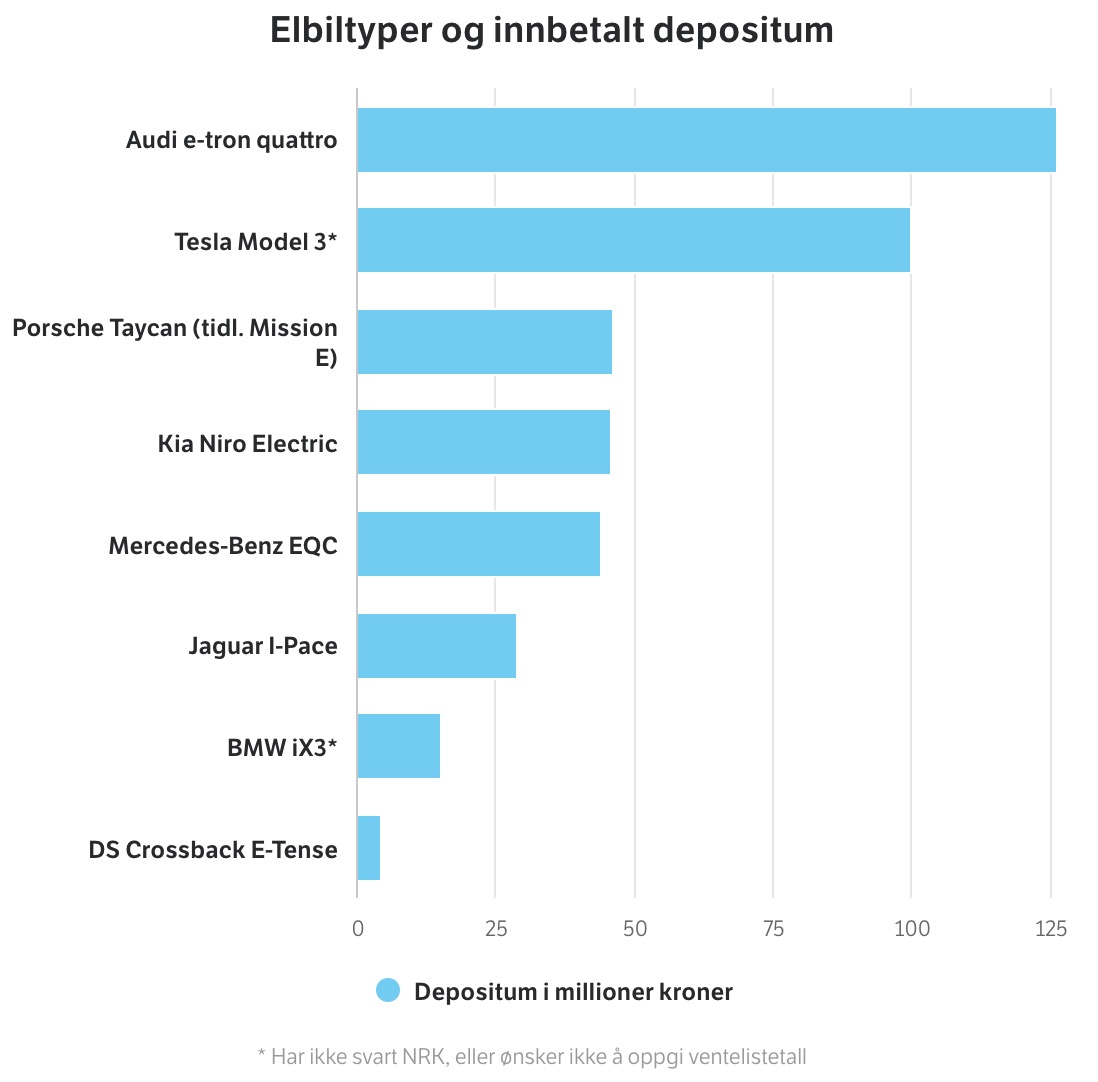 NRK managed to get official numbers from most automakers, but the numbers for the Model 3 are only estimates.

According to their analysis, Tesla is leading the overall pre-orders with ~10,000 reservations, but Audi is leading in terms of deposit amounts because it is asking for more money per reservation:

Some of those vehicles are already slowly being delivered, but most of them are coming in volume in 2019 and 2020.

As we reported last week, electric vehicle sales achieved a new record in Norway with 45% of new cars being all-electric and 60% plug-in in September.

Those percentages apply on just over 10,000 new passenger car sales during the month.

The impact of those new electric vehicles hitting the market is expected to lead to important new records in the coming months.

Exciting stuff. That said, I would take some of those numbers with a grain of salt. Reservations were also crazy high for the Ampera E (Chevy Bolt EV) and the company simply couldn’t deliver on them.

I think similar situations could happen with some of those vehicles, especially the electric versions of the Kona and Niro, which we already know Hyundai and Kia can only produce in somewhat limited quantities.

As for Model 3, I wouldn’t be surprised if the estimate is actually low and there are even more reservations for the vehicle in Norway.

Keep in mind that there are already almost 30,000 Tesla vehicles registered in Norway and that’s just with Model S and Model X.

I think the Model 3 could catch up to that number in a few years and have a great impact of overall EV sales in the market.