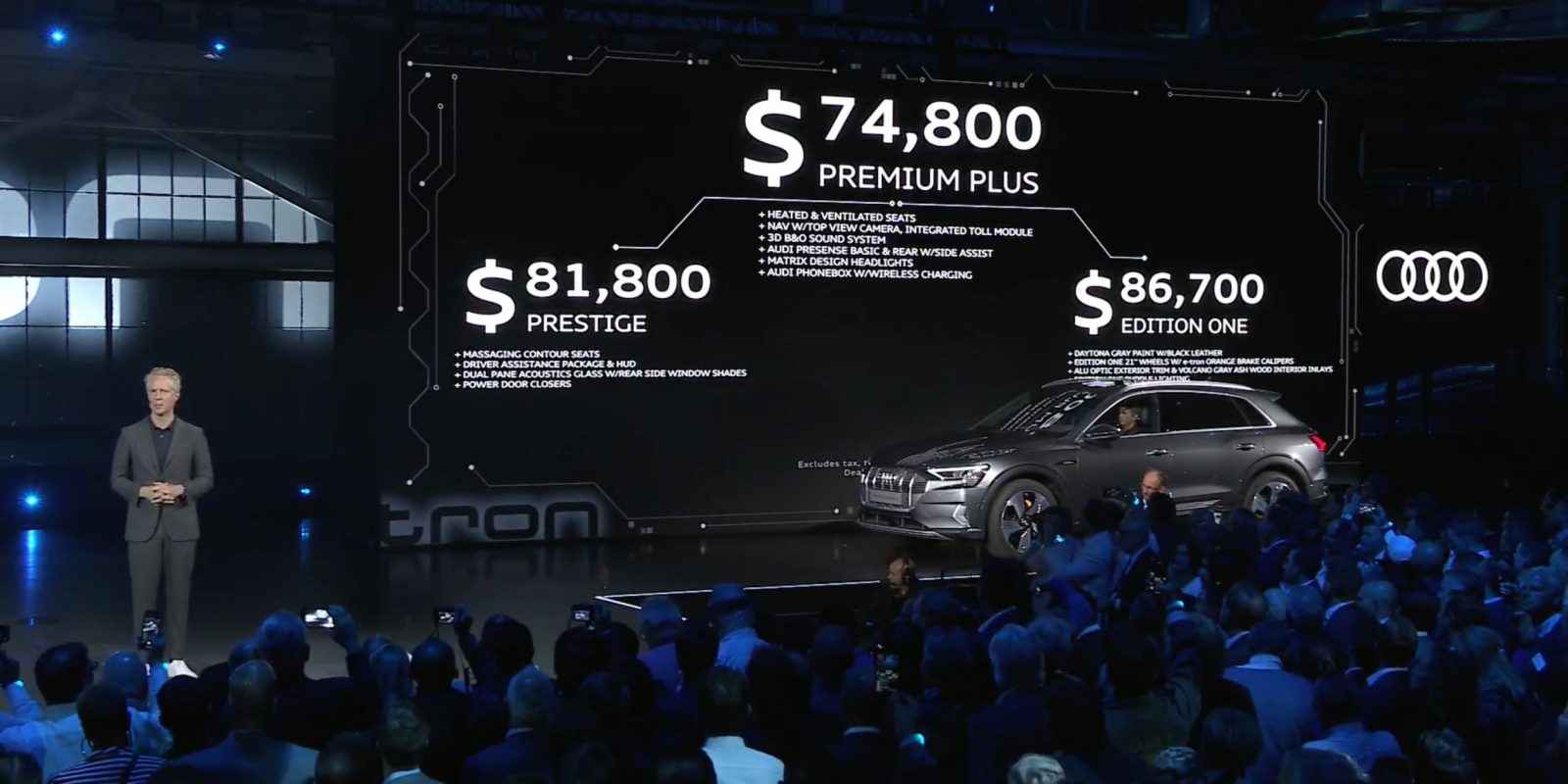 Audi has put a lot of money behind the launch of its first next-gen electric vehicle, the e-tron, but its dealerships won’t have to invest as much.

The German automaker confirmed that its U.S. dealers won’t keep the electric e-tron SUV in inventory.

Audi of America President Scott Keogh reportedly confirmed to Automotive News that dealers will not carry the e-tron.

Instead, Audi is going the custom order route, much like Tesla – though the California-based automaker has increasingly been transitioning to holding more inventory in recent years.

Audi has already started taking reservations with a $1,000 deposit.

This is something that has been a problem with electric vehicle adoption for a long time.

Car dealers try to push vehicles that they have in inventory, which most often than not are gas-powered cars.

It’s also partly why Tesla decided to go with a direct sales business model so that their vehicles wouldn’t have to compete for the attention of salespeople at third-party dealerships.

I think this is a bad move by Audi.

That, plus the fact that they have been targeting current electric vehicle owners instead of trying to expand the EV market, makes it look like they are being extremely tentative in their approach.

I’ve been saying it for a while now, if legacy automakers really want to get into the EV space, all they have to do is create the best electric vehicle they can make and incentivize dealerships to sell them like any other car.

Make sure they are available and ready for test drives and salespeople know about the local incentives, the local charging infrastructure, and the advantages of driving electric.

Instead, Audi is organizing marketing events at Electrify America charging stations to market to existing EV owners and now they won’t even sell inventory vehicles to dealerships?

It looks to me like Audi is taking the easy approach here, which is in contrast with the way they launched the e-tron at a huge event and with an ad campaign.