After the e-tron electric SUV and the Sportsback, Audi plans to release a previously announced electric Sport e-tron GT in 2020.

Now we’ve learned that it will be based on the Porsche Taycan all-electric performance sedan.

The German automaker previously released the concept image above and said this about the vehicle:

“The four-door prototype Audi e-tron GT concept interprets sportiness in a new, progressive way. With its fascinating design and a purely electric drive, it leads our Audi Sport performance brand confidently into the future. The sporty four-seater will be manufactured at Böllinger Höfe near Neckarsulm as of 2020. It proves that high performance and electromobility do not have to be mutually exclusive.”

Now at the launch of the Audi e-tron this week, the automaker announced that they will use the Porsche Taycan powertrain for the vehicle. 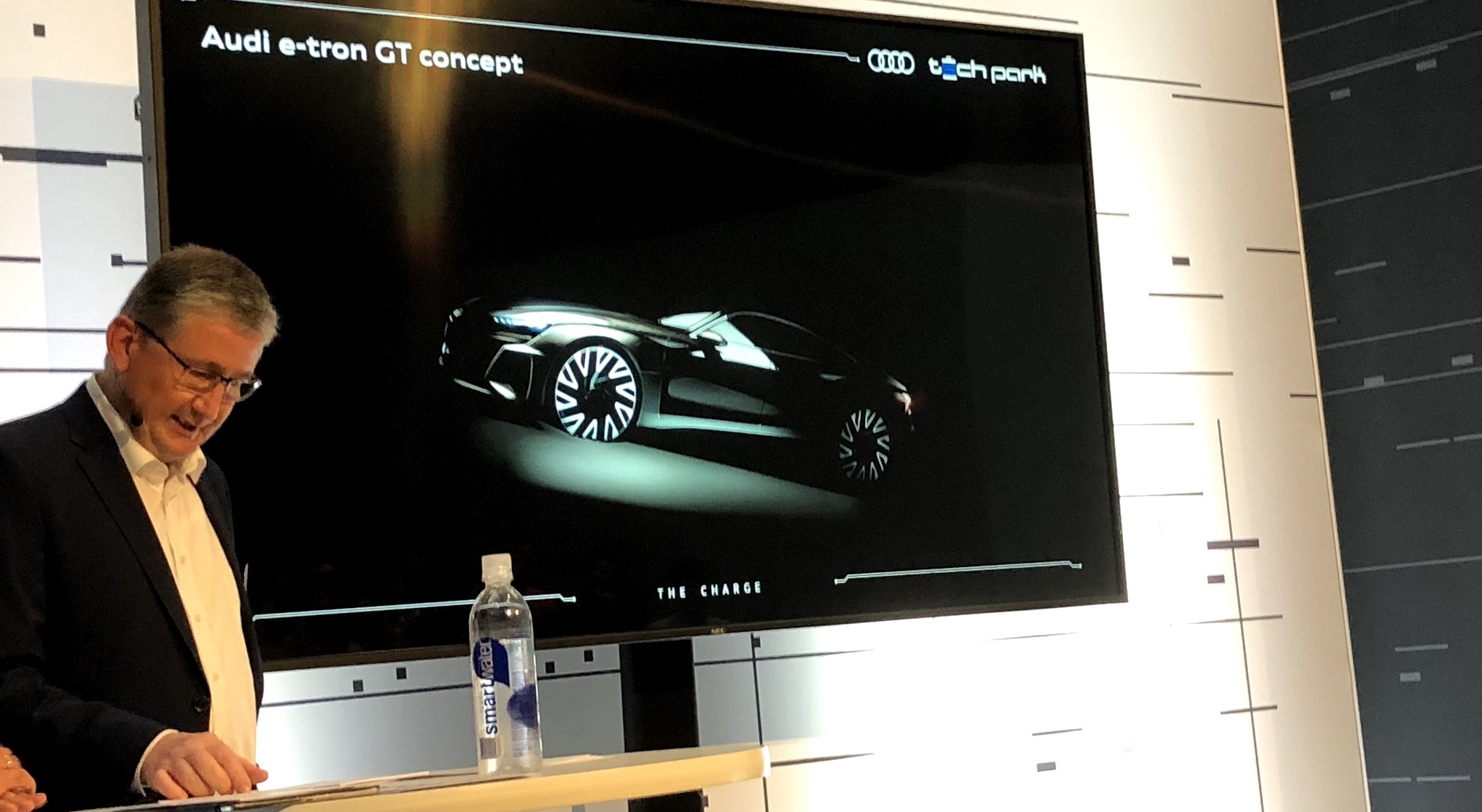 As we previously reported, Porsche and Audi greenlighted a cooperation on a shared architecture for electric and autonomous vehicles.

That said, the Premium Platform Electric (PPE) that they are developing is not expected to be ready until 2020 or 2021.

Therefore, it has nothing to do with them working together on the Audi Sport e-tron GT.

Instead, Audi will benefit from Porsche’s work on the electric powertrain that they developed for the Taycan, formerly known as the Mission E.

Based on what Porsche released about the concept vehicle, it is equipped with a powertrain that can generate a combined power output of over 600 hp (440 kW) between two electric motors.

As for the battery pack, they are aiming for it to enable “over 500 kilometers” (310 miles) of range on a single charge.

Of course, it is also expected to be the first 800-volt battery system that will enable up to 350 kW charging in a production passenger car.

Now it sounds like Audi will be able to use the same powertrain with a different design.