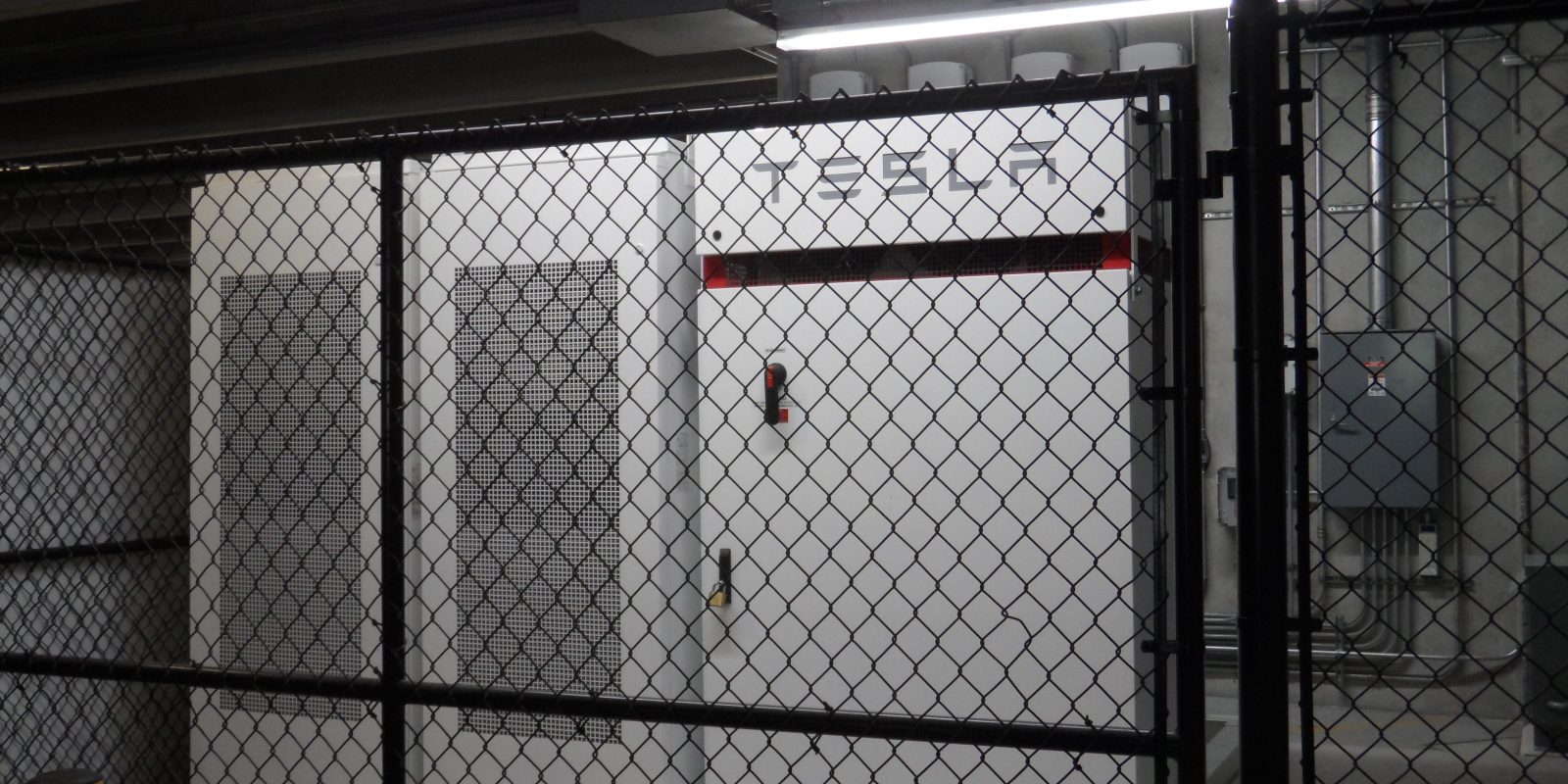 Tesla’s energy division has deployed a new Powerpack project in Florida, apparently the first of its size in the state, to protect the University of South Florida against blackouts.

Catherine Stempien, head of Duke Energy in Florida, said that they installed a 100 kW solar array and a “350 kW Tesla Powerpack and inverter system” – pictured above – at a parking garage on the University of South Florida campus.

The system includes two Powerpacks, which generally have an energy capacity of 210 kWh – making it a 350 kW/420 kWh system.

She said (via WMNF):

“Well, this is a great project. Really the first of its size and its use here in the state of Florida. What we’ve done here is combined a 100 kilowatt solar array system sitting on top of a parking garage with a 350 kilowatt battery storage system that’s been provided by Tesla. And the two of those systems combine to really provide an integrated power system here for the University of South Florida.”

When the grid is in operation, Tesla’s Powerpacks will be used to better take advantage of the solar power produced by the solar array.

If the grid suffers a blackout, the Powerpacks will be able to independently run the garage.

Stempien explained before a demonstration in front of the media yesterday:

“This is actually going to be a great example of what the power, really, of the whole system. What we’re going to do is we’re going to simulate a power outage that happens. The power will go off completely to the parking garage. And the battery – you’ll see the battery kick on. And it will provide all of the lighting, continued elevator use, as well as electric vehicle charging. So that it can be a stand-alone operating parking garage even when the power’s out.”

Despite being the “sunshine state”, Tesla Energy, like many other solar companies, had issues expanding in Florida due to some electric utilities fighting against residential solar.

That said, Tesla has been working with Duke Energy in Florida for a while now.

This latest project is one of many currently underway. Tesla has been guiding a ramp in energy storage projects by the end of the year.

The Powerpack is likely to account for the vast majority of the capacity deployed thanks to several big projects coming up – including the massive ‘up to 1.1 GWh’ Powerpack battery system that Tesla and PG&E are working on.