As we previously reported, some Model 3 buyers are experiencing significant delays, but other buyers are getting deliveries actually much quicker than advertised and Tesla is now accelerating the Model 3 delivery timeline for the rear-wheel-drive version of the electric car.

In June, Tesla updated the Model 3 options and pricing after opening orders to anyone in North America.

In July, the company updated its online design studio again with 2-4 months delivery windows for all versions of the vehicle: 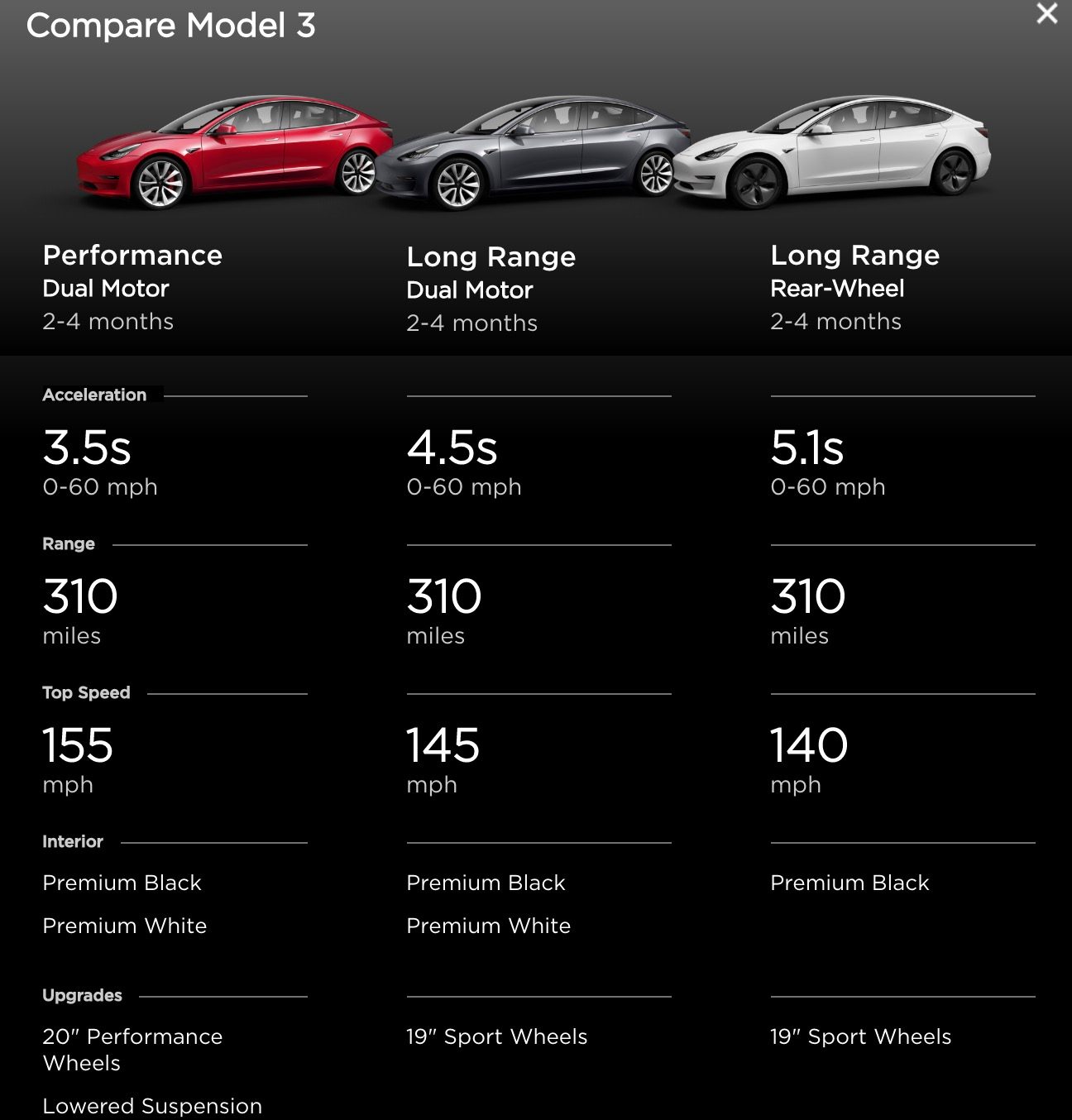 Tesla has now updated the design studio again and it has accelerated the delivery timeline for the current base version of the vehicle to just 4 weeks:

Here are all the timelines for each version in the latest update to the Model 3 design studio in the US:

I think this shows that the Long Range Rear-Wheel-Drive, which has been in production for over a year this point, is still the easiest one for Tesla to mass produce.

The limited number of options on the version of the car also enable the company to produce them in large batches without necessarily custom making them and instead, they can try to match them to orders.

Due to that method, four weeks might even be conservative in some cases. We heard reports from buyers who got delivery dates within two weeks of ordering the rear-wheel-drive version.

Tesla previously tried to also reduce the timeline of deliveries for the Performance, which is much more expensive and could help the company achieve profitability, but it appears that they had some production delays.

Nonetheless, the automaker claims it can deliver new orders within the next 2 months.

The Dual Motor non-performance version appears to be the one with the lower priority though we received a lot of reports from buyers this week saying that they received a delivery date.

It looks like Tesla is trying to deliver a large batch by the end of the quarter.