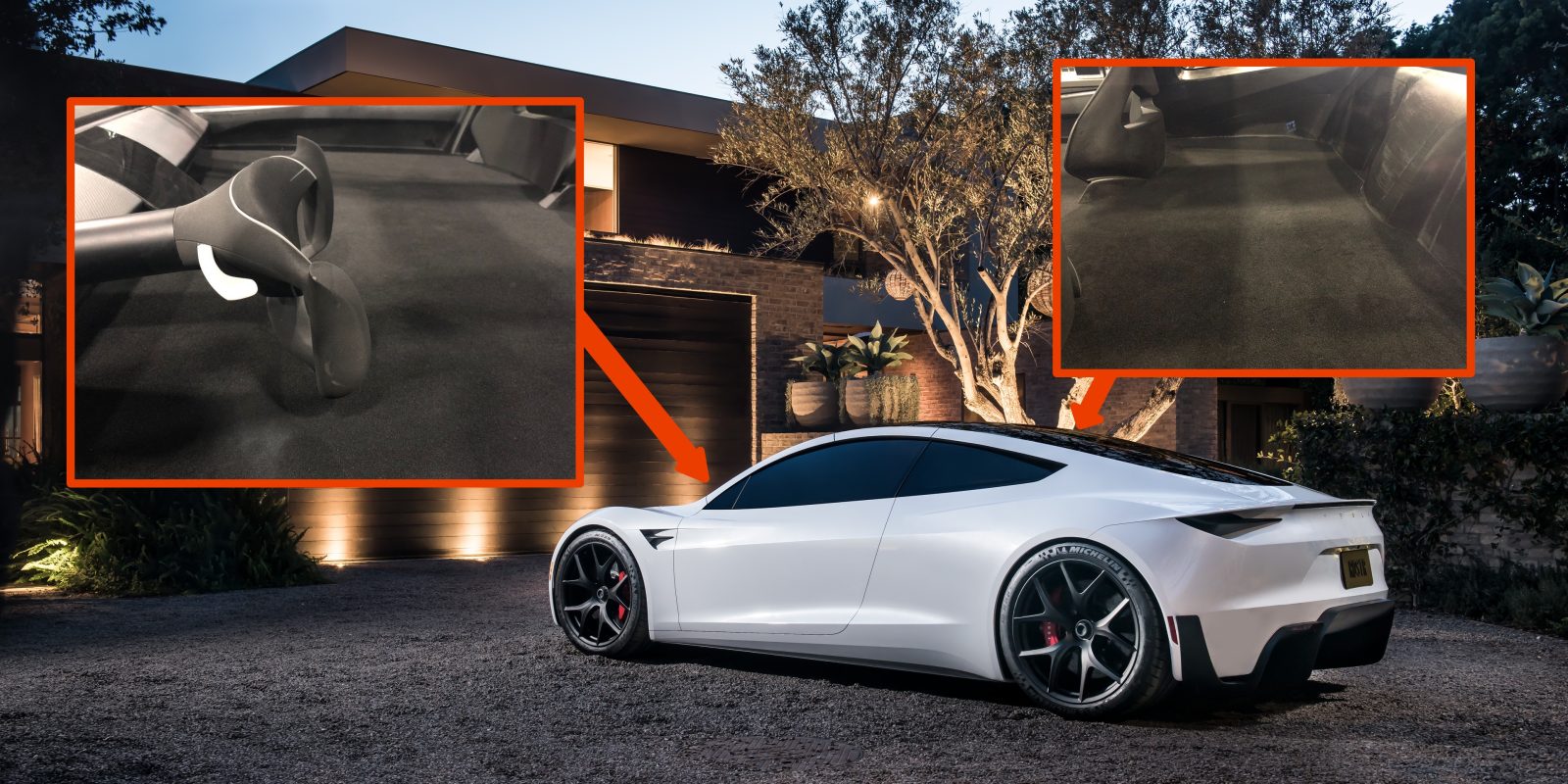 Tesla brought its latest next-gen Roadster prototype to the Grand Basel car show this week and at the time, we reported that it looks like it’s only a design shell.

But now we got a closer look at the vehicle, which confirms that it is not a working prototype but a design prototype, and it gives us a better idea of the interior dimensions.

But what was even more surprising to some is that he said it would actually be a four-seater with a backseat – something quite rare for supercars.

To this day, we have yet to have a look at the backseat of the working prototype.

But an unnamed source managed to get a look inside the white design prototype that Tesla bought to Grand Basel and shared a few pictures with Electrek:

It confirms that the white Roadster doesn’t have a complete interior, but Tesla did add fake front seats which result in a look at the dimensions of the back.

Based on those images, it looks like the next-gen Tesla Roadster could indeed have enough space for a somewhat cramped backseat, which is certainly impressive for a supercar.

That is if you order the base version of the vehicle because Musk said that Tesla also plans to offer a “SpaceX package”, which will include cold air thrusters powered by a system of air pumps and tanks that would take up the space for the backseat.

While buyers of this version of the Roadster would lose 2 seats, they would apparently gain some even more impressive performance than what Tesla already announced.