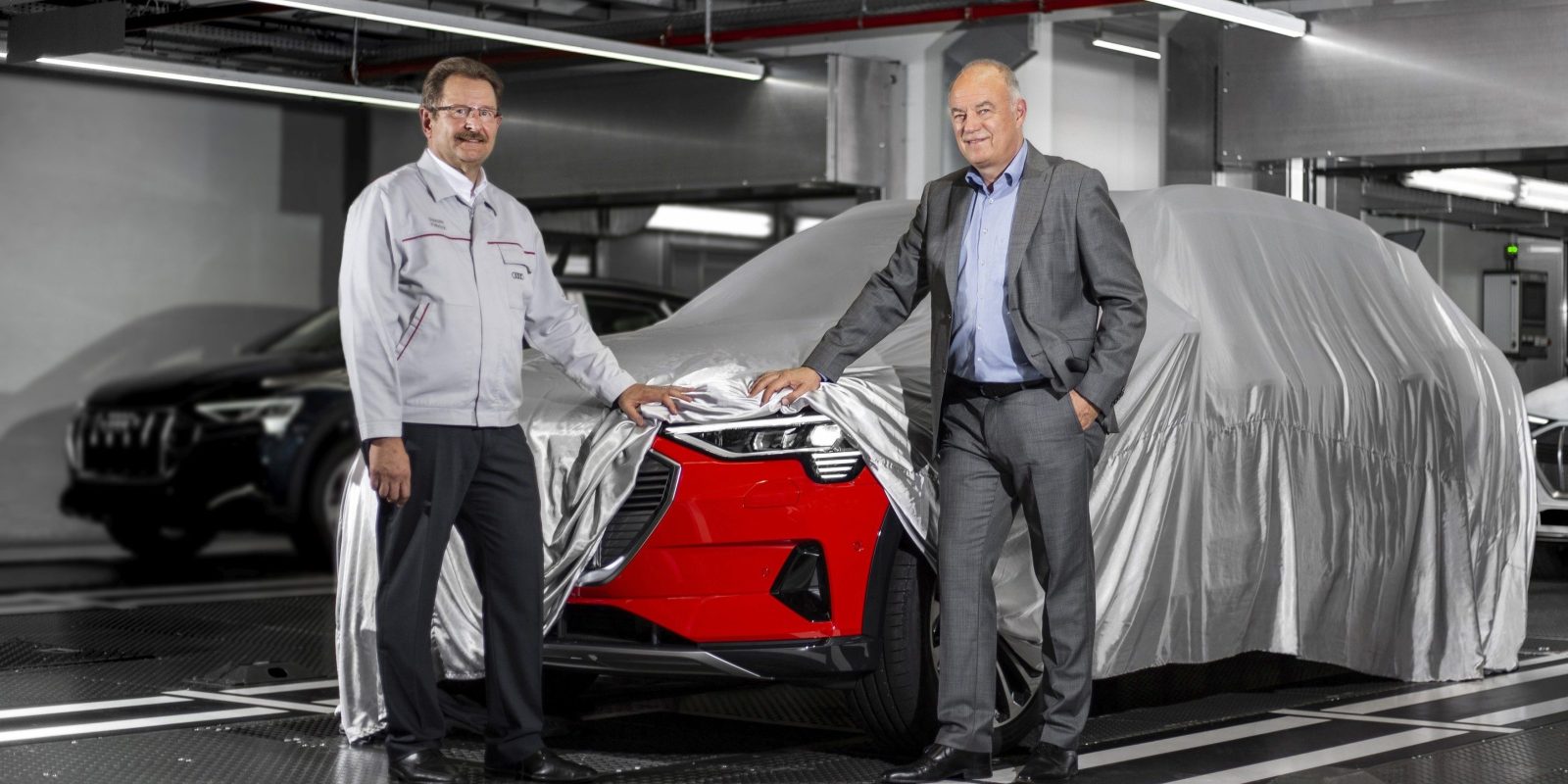 Two weeks ahead of the planned unveiling of the production version, Audi is announcing today that it started production of its e-tron quattro all-electric SUV at its Brussels factory.

Peter Kössler, Member of the Board of Management for Production and Logistics at AUDI AG, watched “the first Audi e-tron models driving silently off the assembly” and commented:

“The Audi e-tron is a genuine pioneer. It features innovative technologies such as virtual exterior mirrors and combines traditional Audi qualities in handling and dynamics with technical Vorsprung that goes far beyond the car. Our Brussels plant was comprehensively modernized for the production of the electric car. This is the world’s first certified CO2-neutral mass production in the premium segment.”

Audi has been gearing up for the start of production over the last few years and things started to ramp up in recent months.

In July, the German automaker started electric motor production for the e-tron at its Hungary factory, but the bulk of the production process for Audi’s first next-gen EV is happening at Audi Brussels.

“Audi built up numerous competencies in-house for the Audi e-tron and developed both the battery technology and the actual drive system itself. And employees rethought, planned and implemented many stages of production,”

Those changes involved “extensively rebuilding its body shop, paint shop and assembly line step by step”, new sections being set up for battery pack production, as well as the deployment of new driverless transport systems to “bring the batteries for the electric cars to the assembly line just in sequence.”

Based on what Audi previously announced, the all-electric SUV is equipped with a 95 kWh battery pack, 2 electric motors for a total output of 320 kW and it is capable of DC fast-charging up to 150 kW.

In recent months, Audi unveiled the latest e-tron quattro prototype, confirmed a ‘starting price of €80,000’ in Germany, and a more ‘realistic’ range of ~250 miles after updating the figure from the NEDC standard.

The production vehicle will be unveiled at an event on September 17 in San Francisco and all the details of the production version will be confirmed.