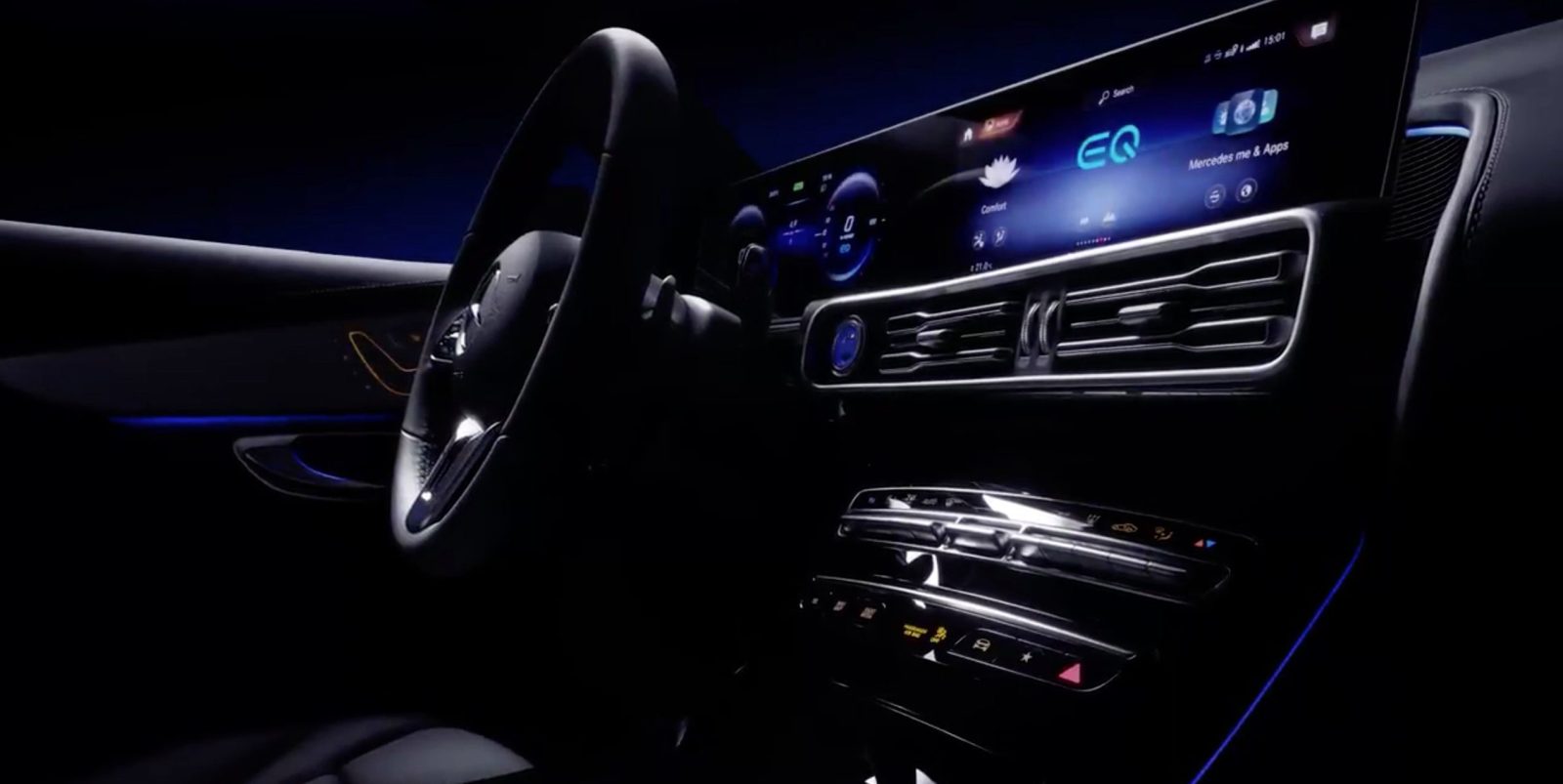 Mercedes-Benz started teasing the production version of the EQC electric SUV ahead of the unveiling planned for next week.

Today, we’ve got a first glimpse at the interior.

The German automaker has unveiled a concept vehicle for the EQC two years ago, but it is expected to change significantly with the production version.

Earlier this month, we also saw a production prototype with less camouflage.

This week, Mercedes-Benz announced that the unveiling will happen on September 4th and it started teasing the vehicle with the first image of the front end.

Today, the company has released the first image of the interior of the EQC production version :

As you can see, the instrument cluster appears to be combined with the media center on a giant screen that extends throughout most of the dashboard.

It’s now the third EQC production teaser released by Daimler. We have got a good look at the front-end, rear, and the interior:

Those specs are likely to be updated next week with the unveiling of the production version.

Even though we are going to see the EQC electric SUV next week, the vehicle is not expected to hit the market until next year.