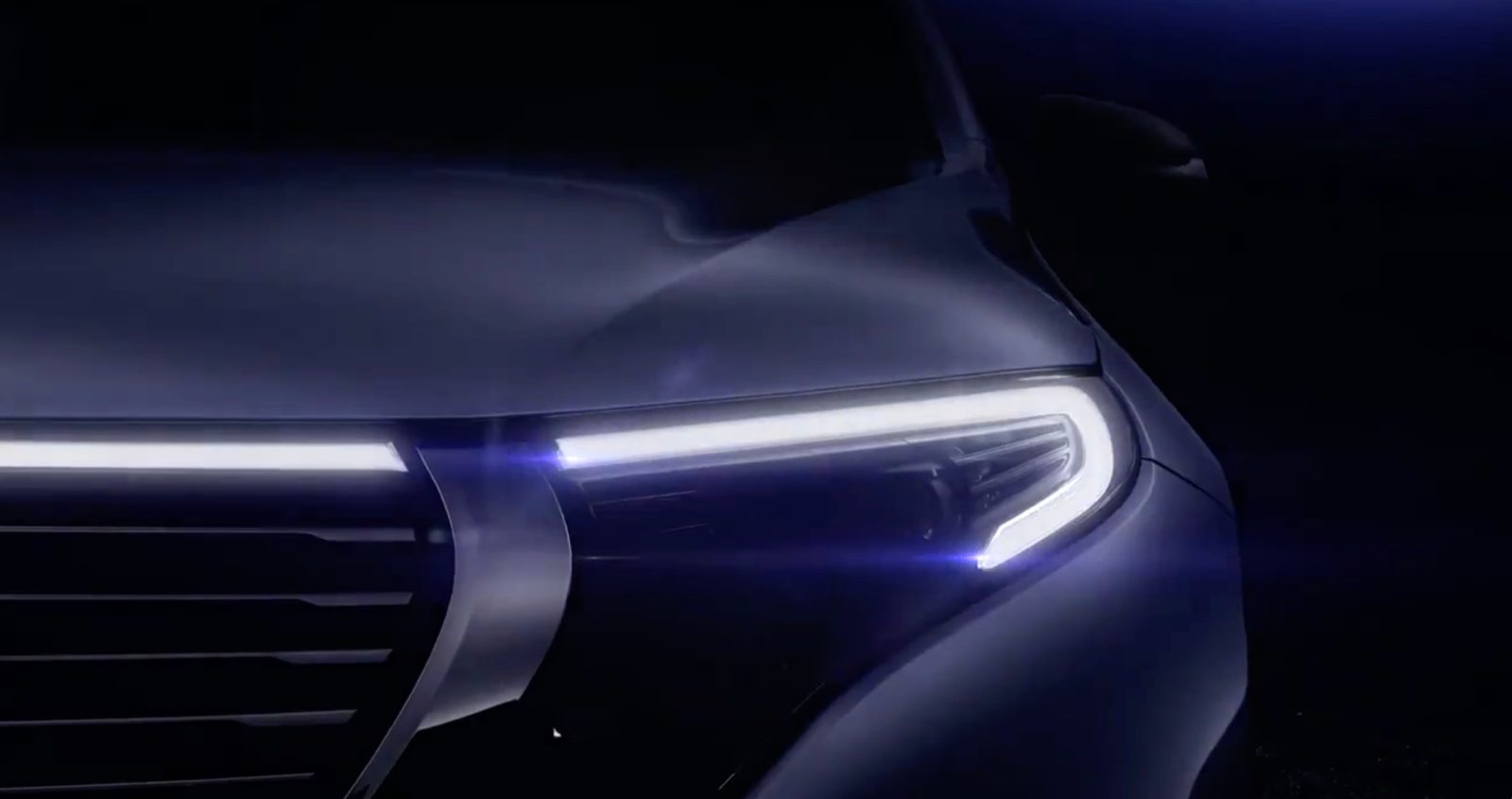 Mercedes-Benz has unveiled the first teaser image of the production version of the EQC, its first all-electric vehicle built to be electric from the ground up, and it confirmed that it will unveil the vehicle in full next week.

It will be the vehicle that will launch the German automaker’s new ‘EQ’ brand for all-electric vehicles and it will compete with the several new premium SUVs that are hitting the market around the same time.

“Mercedes-Benz is flipping the switch: On September 4th, we will present our first all-electric Mercedes-Benz model of our new product and technology brand EQ. Here’s the very first design detail. Stay tuned!”

The first ‘design detail’ was unveiled in a short video showing parts of the front-end of the SUV:

Here’s the original front end of the EQC concept vehicle: 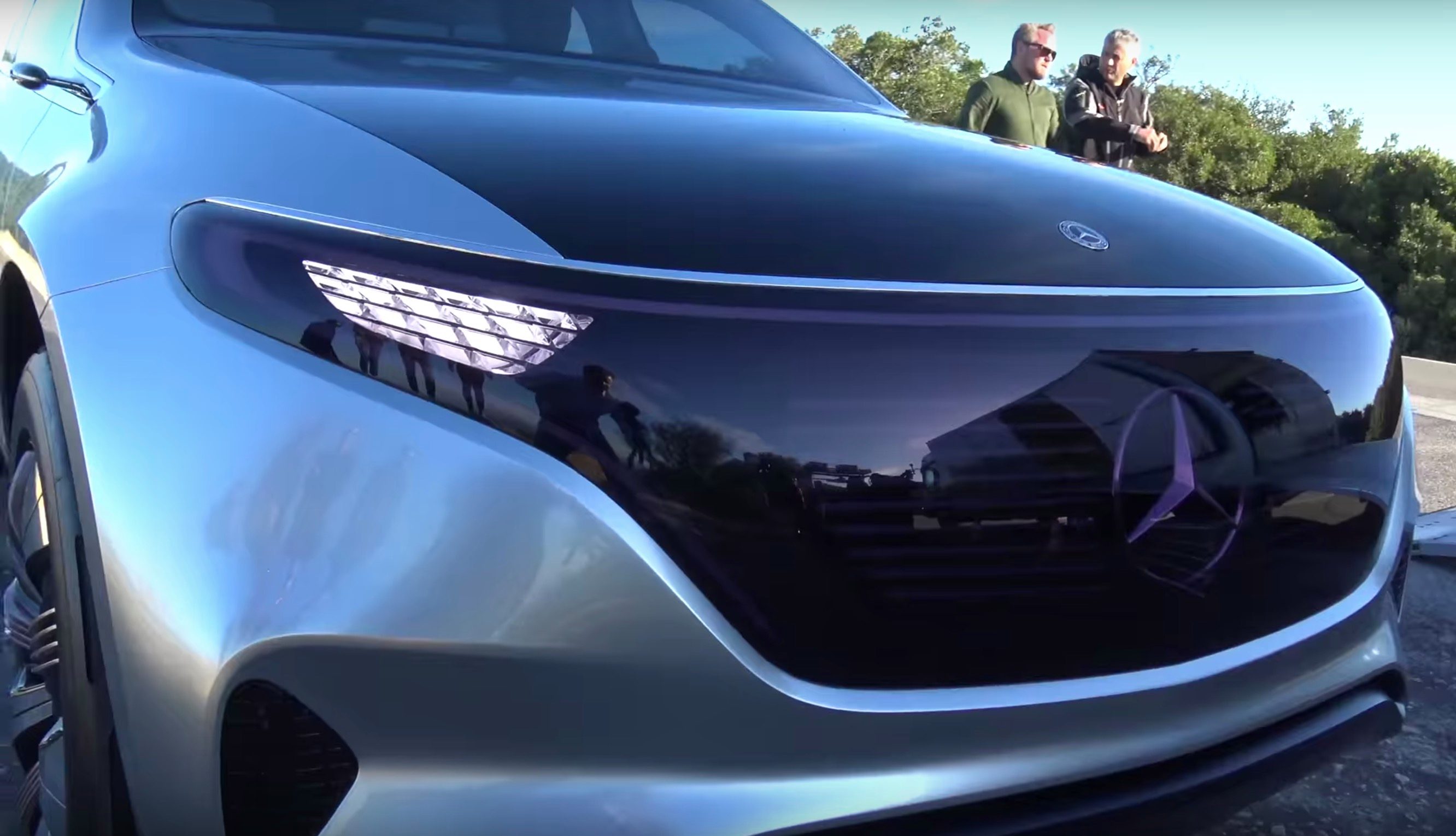 Earlier this month, we have also seen a production prototype with less camouflage and it is confirmed to be the same vehicle as we see the same headlights and grille here.

Those specs are likely to be updated next week with the unveiling of the production version.

There’s not much to see, but I like what I’m seeing so far nonetheless. It looks clear that Mercedes-Benz got the message and they are moving away from the “electric” design accents of the concept vehicle in favor of a more conventional looking premium SUV.

I find it interesting that Mercedes is unveiling the EQC as soon as next week considering it is not expected to hit the market until next year.

A suspicious person would think that they are trying to steal the spotlight from Audi, which is set to unveil its own all-electric SUV a week later and that vehicle is expected to be on the market by the end of the year.

Either way, electric competition is coming in the premium SUV segment and that’s great.