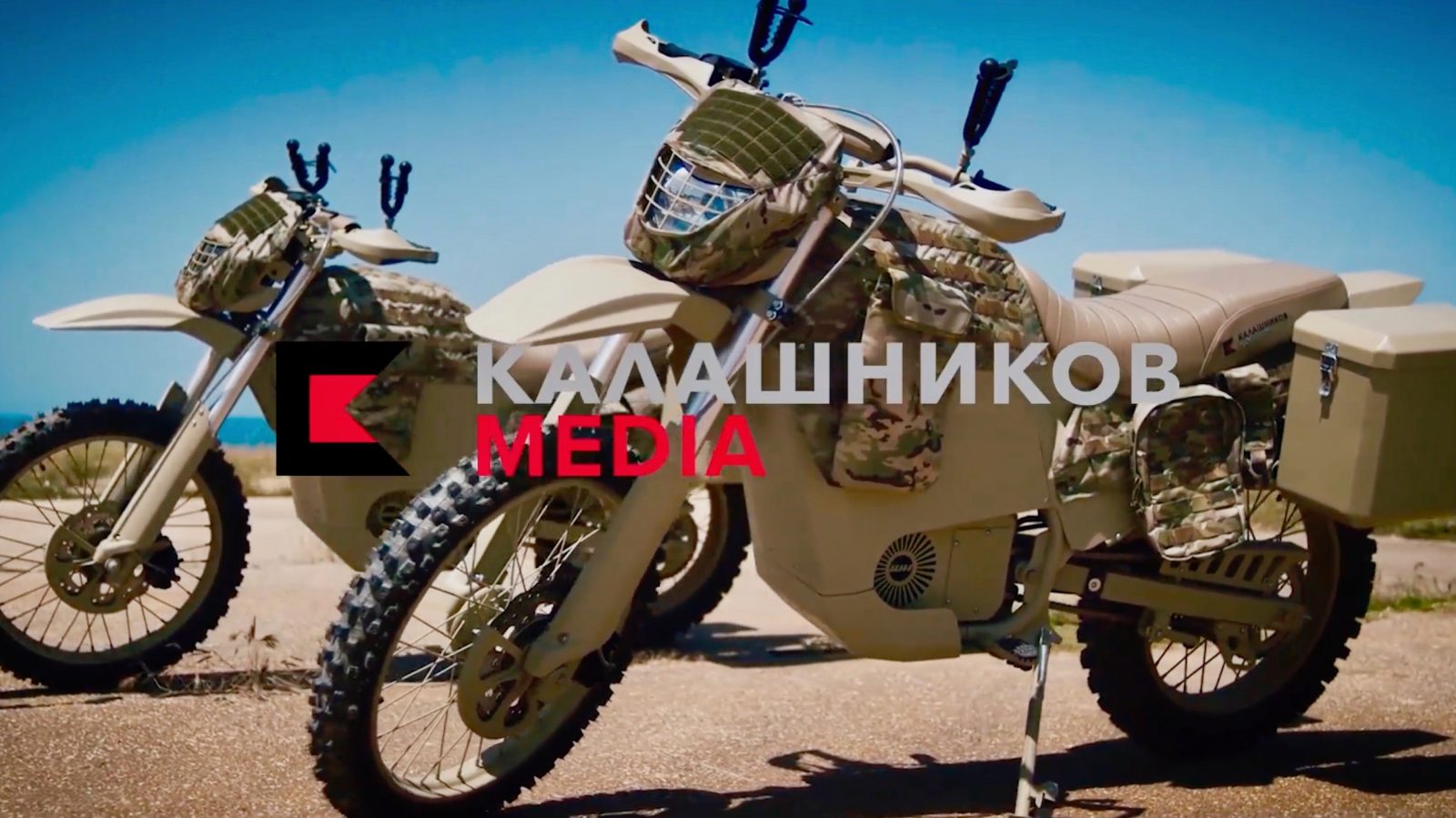 The Russian company Kalashnikov, better known from products like the AK-47, unveiled an electric motorbike at the Army 2017 International Military-Technical Forum in Moscow, Russia. Kalashnikov introduced two versions, one for military purposes and one for the police force. If these bikes are anything like their infamous assault rifle, then they will prove to be virtually indestructible and hugely popular among certain demographics.

It’s admittedly a stretch considering the nature of the different products, but most electric bikes, such as the Zero DS, offer high-tech features like the digital dashboard and smartphone app. Kalashnikov does not get into such tech wizardry. Instead, they opt for good old-fashioned flip switches, indicator lights, and a chronological speedometer. Nothing wrong with that.

The specs are classified information

Or at least it seems that way, as not much is known about these new electric motorcycles. We do know that it will come in two versions; a dirt bike model for the military with a gun rack for your AK-47 and a supermoto-style bike model for urban police forces. Apparently, the police model has a range of 150km (93 miles) and the military version seems to only have a range of 100km (60 miles) if the screenshots from the promotional video are any indication. The bikes will be manufactured by IZH, a subsidiary of Kalashnikov. 50 of the police motorcycles will be used by law enforcement at the 2018 World Cup in Russia.

Apart from that, not much is known about these new electric motorcycles from Kalashnikov. No information on pricing, availability, power output, etc. However, Kalashnikov seems to stress that you will look cool with a bandana and sunglasses (but no helmet) riding through some mild off-road terrain.

I’m guessing it won’t be long before we will see a photo of Putin (possibly shirtless) riding one of these new bikes.

What do you think about these new electric motorcycles from Kalashnikov? Let us know in the comments below.