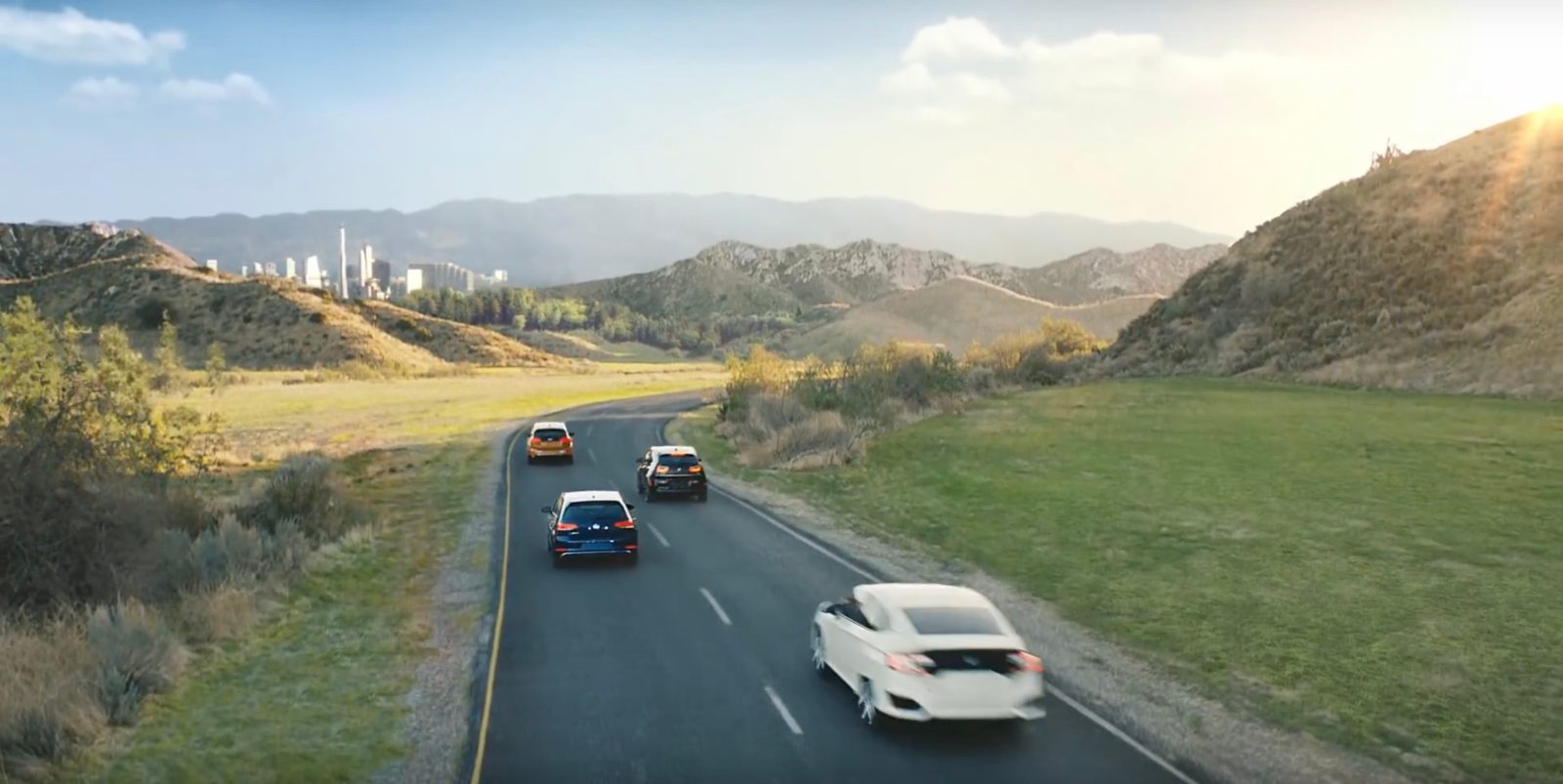 VW launched Electrify America as part of its $2 billion settlement with the EPA and CARB over the Dieselgate scandal. The company is spending most of the money on a nationwide electric vehicle charging network, but it also has to spend some on EV education.

It is now launching its national advertising campaign to promote EVs.

As we previously reported, studies have shown that the lack of awareness is surprisingly still one of the biggest problems for electric vehicle adoption.

People are still not aware of the advantages of going electric.

They are starting out with an advertising spot, titled “JetStones,” which “aims to broaden consumer awareness of the advantages and availability of electric vehicles, plus a growing network of EV fast chargers in metropolitan areas, along highways, and in communities at workplaces and multiunit dwellings.”

Richard Steinberg, Senior Director of green cities, marketing and communications at Electrify America, commented on the launch of the campaign:

“Electric cars are not something of the future, they are here now and more accessible than many people know. The JetStones campaign is just the beginning of our work to educate and demonstrate that electric vehicles offer a full array of features that customers expect, and they are totally fun to drive.”

Electrify America explains the use of “The Jetsons” and “The Flintstones” theme songs:

“Using the theme songs from two popular Warner Bros.’ Hanna-Barbera cartoons, “The Jetsons” and “The Flintstones,” in the television and radio commercials, the campaign is a playful take on the transition of personal transportation from the Stone Age to the reality of electric vehicles available today. The advertising spot features electric vehicles from six different car manufacturers to showcase a wide variety of EVs available in today’s marketplace.”

The ad, which was created by creative agency Deutsch, will run nationally through June 2019 and it is part of other TV, radio, and web efforts financed by Electrify America’s $45 million of funds for EV awareness.

I think the Tesla fan commercials have ruined me for most professional EV commercials, because I can’t believe that ad agencies with millions of dollars can’t beat some of the work made by a few fans with a few bucks.

That said, there’s no doubt in my mind that overall, this is important and positive for EV awareness. It clearly conveys some advantages of EVs over gas-powered cars.

It could make an important impact if strategically positioned in some TV time slots.