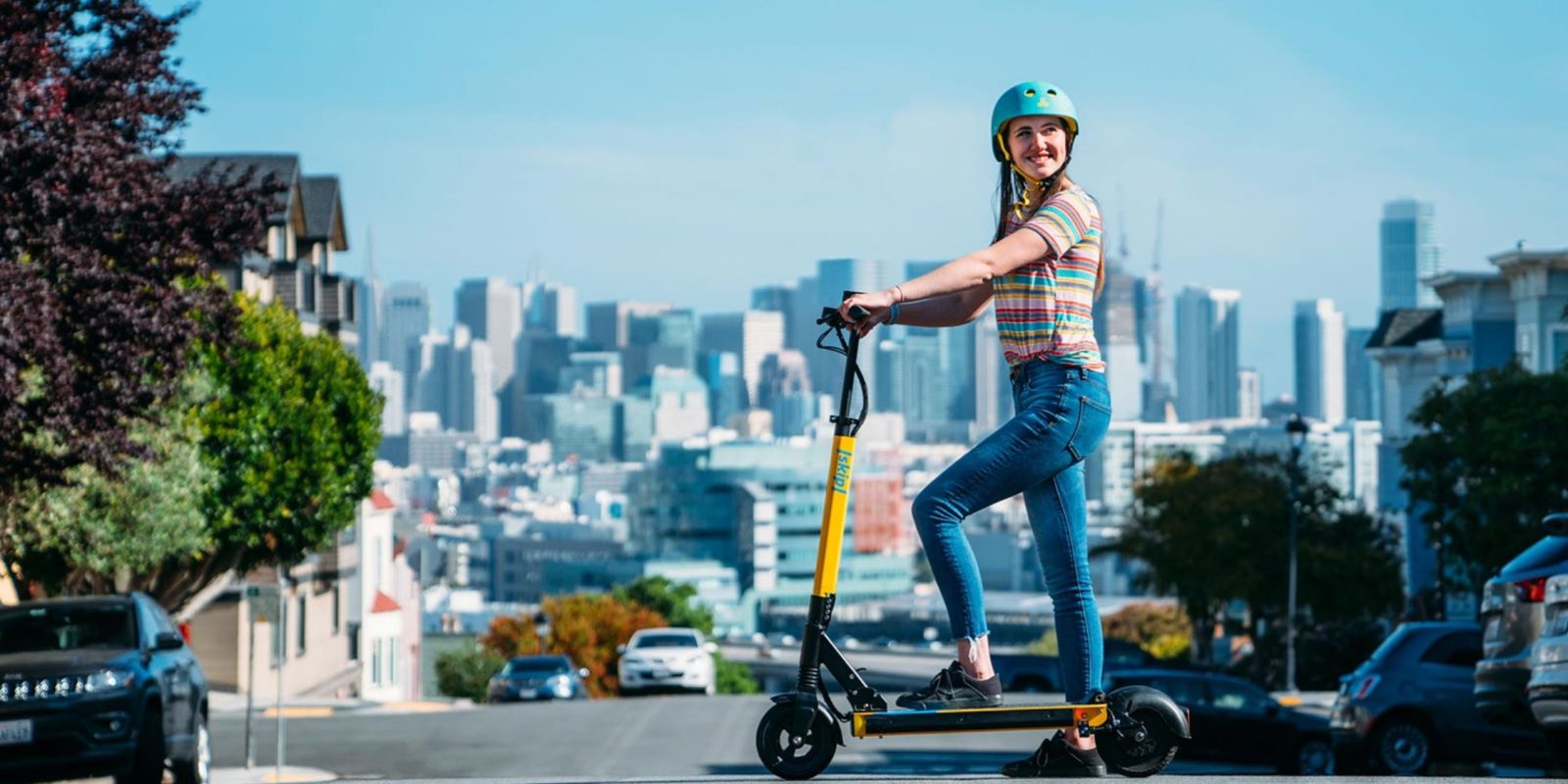 As we’ve previously reported, the electric scooter wars have been heating up over the past few months. Rival companies Bird, Spin and Lime have all been competing to flood streets and sidewalks of major cities with electric kick scooters that can be rented by anyone with a smart phone and parked anywhere when finished – no docking required.

Now, two Boosted Board founders are applying their experience in the high quality electric skateboard company to a new startup, Skip, in an attempt to compete with other more established dockless electric scooter companies.

Prices for scooter rentals at Skip are identical to their competitors, starting at $1 per ride plus and additional $0.15 per minute.

The scooters themselves tout similar ranges to their competitors, up to 30 miles (48 km). The top speed of Skip’s scooters is 18 mph (29 km/h), which is slightly higher than most of their rivals’ scooters at around 15.5 mph (25 km/h).

Competition has been rising quickly among rival electric scooter rental companies, with each expanding to new cities across the United States weekly. 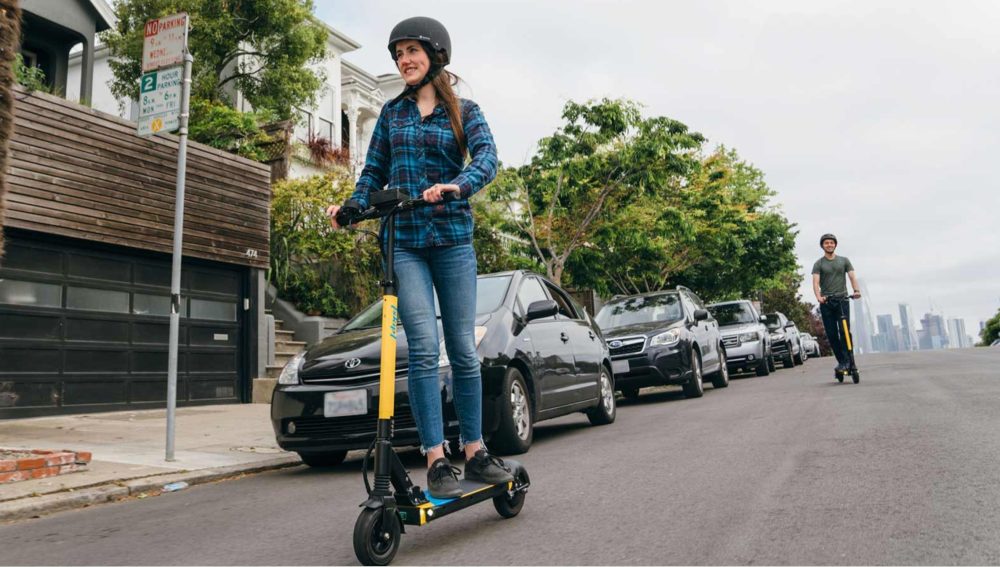 The rival companies have also been aggressively seeking funding to increase their respective war chests and facilitate the large growth that each company will require in order to become profitable. Lime announced on Tuesday that it is opening up a new fundraising round for up to $500 million, and both Bird and Spin are also investing heavily in pushing out more electric scooters to additional cities.

The main difference between Skip’s scooters and those of their competitors is quality. Spin, Bird and Lime all use consumer-level scooters that have been repurposed for this commercial use, with the first two using the popular consumer-level Xiaomi M365 scooter, which Electrek has personally reviewed.

Skip is attempting to differentiate itself in the already crowded market by using a high quality commercial-level electric scooter. Their scooters offer a more comfortable ride with adjustable ergonomic handlebars, larger foot areas and both front and rear suspension.

Eventually, Dastoor and Tran intend to leverage their hardware experience at Boosted Boards to develop their own high quality commercial electric scooter, according to TechCrunch.

In addition to higher quality electric scooters, Skip is attempting to differentiate itself from its competitors by operating only in cities where it receives prior permission. The modus operandi of rival electric scooter companies has been to follow the Uber and Lyft strategy of opening up shop in cities where no regulations exist, and then use their presence and influence to attempt to facilitate favorable regulations when the cities are inevitably forced to confront the issue. In other words, the classic “ask for forgiveness instead of permission” method. 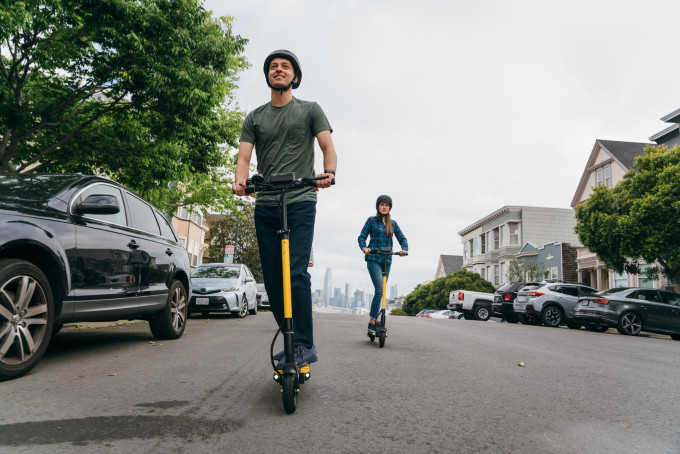 In a distinct separation from this previous method, Skip has declared that it will first work with city councils to receive permission to roll out their fleets of electric scooters. They used this method to develop a partnership with Washington D.C. for the company’s launch in the nation’s capital yesterday, and have set their sights on San Francisco for their next expansion.

San Francisco was forced to create regulations for dockless electric scooter companies last month after being overwhelmed with electric scooters on streets and sidewalks. The city created a cap of 500 scooters per company, with a maximum of 5 companies allowed to operate in the city at a time.

This is a good thing for the future of dockless electric scooter rentals.

When the concept exploded into cities just a few months ago, their initial convenience was tempered by public backlash against what was seen as a hostile takeover of city streets and sidewalks in communities that were not yet prepared to legally deal with the novel vehicles and companies. Despite being a potentially beneficial electric alternative to cars and buses in crowded cities, the electric scooters were often seen as nuisances.

If Skip can succeed with their ethical and considerate business model, perhaps they can serve to bring balance to the force. Greater public acceptance of electric scooters used in responsible ways that work with cities instead of against them has the potential to greatly improve the transportation outlook of many cities.

Furthermore, it is great to see that Skip is focusing on high quality scooters that are built to withstand the higher intensity usage of commercial vehicles. The M365 scooter used by rival companies was designed to be an affordable consumer scooter, not a 100+ hour per week commercial vehicle. Skip’s higher quality scooters with built-in suspension might be able to help attract new riders and make electric scooters more acceptable as a mainstream transportation option.