As we previously reported, electric vehicle startup NIO is emerging as a serious competitor in the EV space in China and is now courting Tesla owners with mobile charging stations through vans, which were designed for its vehicles – but available to Tesla owners.

China’s demand for SUVs is increasing rapidly and it is extending to electric SUVs, which made Tesla’s Model X a very popular vehicle in the country despite its higher price due to import duties slapped on all of Tesla’s vehicles.

Now NIO, which is emerging as one of the most well-funded new Chinese EV startups, is bringing its first production vehicle to market, the NIO ES8, a cheaper all-electric SUV to try to capture some of that demand for electric SUVs.

Like Tesla, the company is building its own service and charging infrastructure to support its fleet and one of those services include a novel mobile charging system built into a van that comes to you to charge your car.

Tesla owners can also use the service as demonstrated by userJayinShanghai on Reddit with his Tesla Model S: 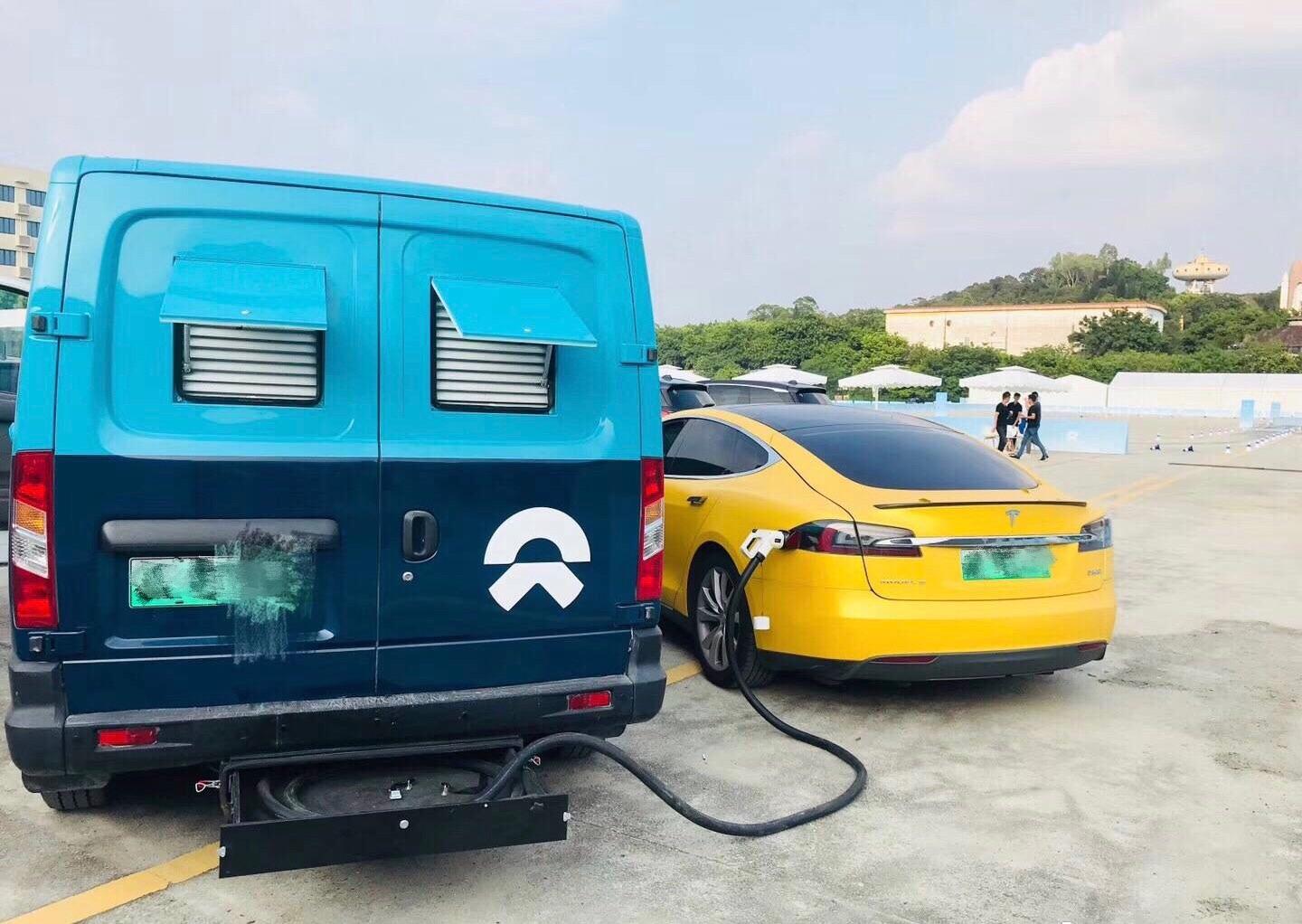 What’s most impressive about this is that NIO is doing it the right way. We are not talking about a ICE van with a diesel generator running a level 2 charger.

It’s a MAXUS EV80 electric van equipped with 2 70 kWh battery packs, which can add about 100 km of range to the Model S in about 10 minutes, according to Jay.

The service costs 180RMB or about $25 US and it can be performed without the owner there if they can remotely unlock the charge port.

While Tesla owners can use the service, it was designed for the NIO ES8 and is now also used to promote charging for other EV owners.

But the price of those “Founder Edition” vehicles doesn’t matter much since NIO claims that they’ve are already sold out.

But NIO also offers a battery renting structure, similar to Renault’s ZOE battery scheme, which lowers the upfront price of the vehicle to RMB 275,400 (~$42,000 USD).

The battery renting fee is not cheap at RMB 1,280 (~$200 USD) per month, but it also gives owner access to a battery swap system to get more range quickly on top of this mobile charging service.

NIO is so far focused on the Chinese market, but they also have an important presence in the US and they have global ambitions.