Tesla Supercharger network has now delivered over 400 GWh of energy

Tesla’s Supercharger network is arguably one of the automaker’s biggest assets and it is growing quite fast along with its fleet.

The network has now delivered over 400 GWh of energy and it is rapidly accelerating as new stations come online and Model 3 deliveries are expanding.

Tesla now has 10,720 Superchargers in operation at 1,330 stations around the world.

Earlier this year, we reported how Tesla’s Supercharger network is growing at a record pace in 2018 and Musk added that Tesla has thousands of new Supercharger stations in the construction/permit phase.

The automaker has revealed a new map for the 2018-2019 expansion to support the growing fleet with the launch of the Model 3.

Model 3 owners have to pay to use the Supercharger network, but the vast majority of current Tesla owners, Model S and Model X owners, can still use the stations for free, which makes them have a higher use rate compared to other networks.

Tesla doesn’t release much data about the network, but it does have dashboards at a few select stations that show the current status of the network and its overall energy consumption.

Tesla subreddit user rubikvn2100 took a snapshot of one of those dashboards this week – giving us an update at the current total output:

It showed that Tesla has now delivered over 405 GWh of energy through the network – resulting in almost about 1.4 billion miles.

Last month, we reported that Tesla’s fleet has traveled a total of just over 7.8 billion miles, which shows that Tesla’s Supercharger network accounts for a non-negligible percentage of the overall charging of Tesla vehicles.

When the user took the snapshot, the network was outputting roughly 55 MW.

The output rate has been increasing rapidly with both the expanding network and growing fleet. In 2014, about 2 years after the network launched, Tesla had only delivered 10 GWh and could deliver about 72 MWh in a day: 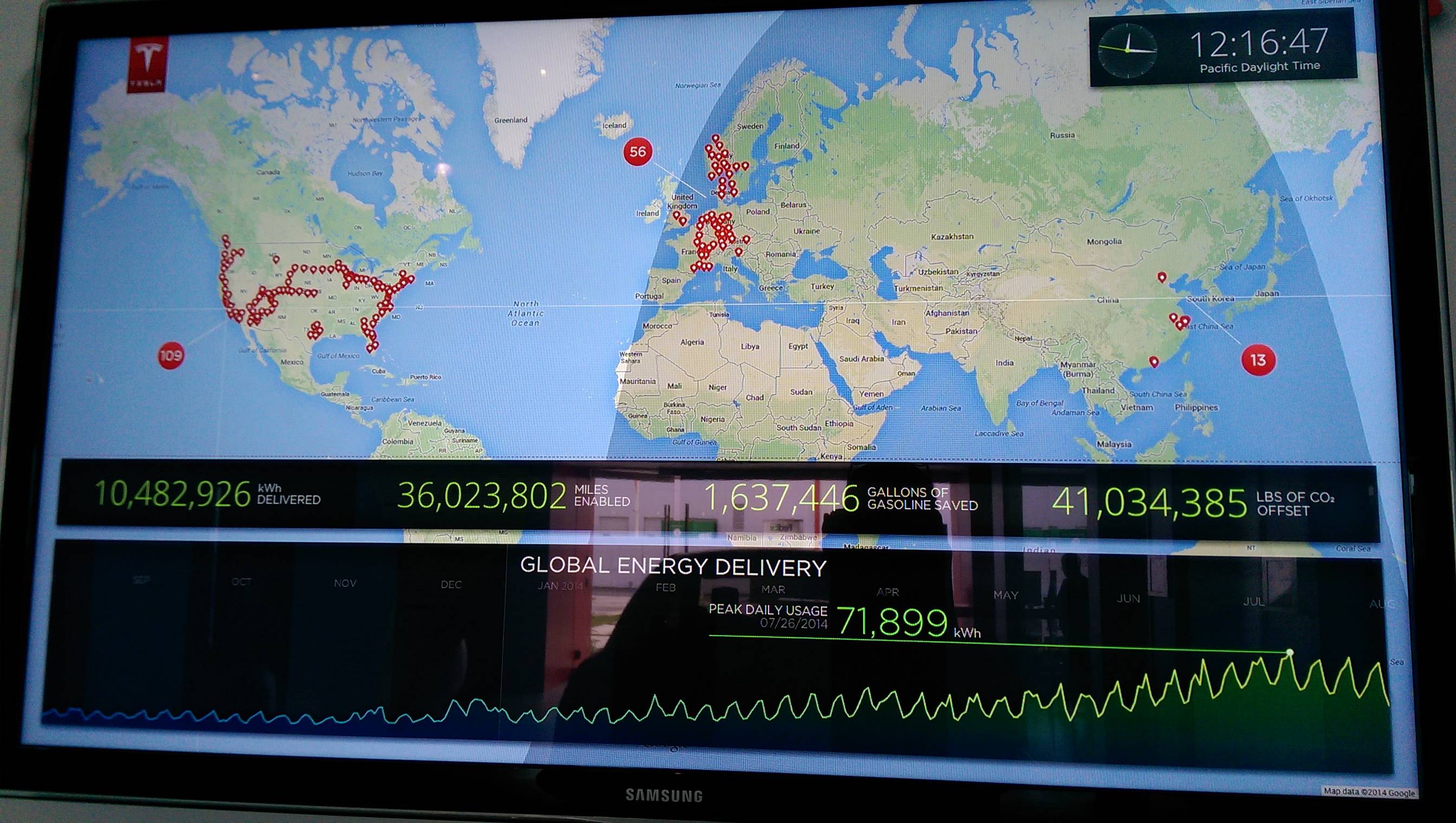 Now Tesla could potentially delivery up to 1,000 MWh in a single day and it has delivered over 400 GWh.

Most of that energy was also delivered for free – or at least included in the price of Tesla vehicles.

In March, Tesla increased the cost of using its Supercharger stations for vehicles who are not under the free unlimited Supercharging plan (Model 3 owners and Model S and Model X owners who didn’t buy with a referral code).

Yet, the automaker insists that ‘will never be a profit center’ and that it only uses the revenue from the network to expand it.

That said, if it was a standalone charging network, it is starting to look like it would be a big business.