Tesla’s fleet has accumulated over 1.2 billion miles on Autopilot and even more in ‘shadow mode’, report says

Automakers and tech companies are rushing to bring autonomous driving systems to market and accumulating mileage with their test vehicles.

Tesla is taking a different approach by accumulating mileage with its customer fleet through its Autopilot driver assist program.

A new report now estimates that Tesla has accumulated over 1.2 billion miles on Autopilot and more than twice that when accounting for mileage in ‘shadow mode’.

The report was produced and is being updated by a MIT Human-Centered AI team led by Lex Fridman.

They released some interesting preliminary results and Fridman, the Research Scientist at MIT responsible for the study, said that he had been in contact with Tesla about his research and he believes the technology is required to enable more advanced autonomous features.

As part of their continuous work with Autopilot, they have been trying to track Tesla’s total miles accumulated using the driver assist system.

In a new report, they claim that Tesla has now accumulated over 1.2 billion Autopilot miles: 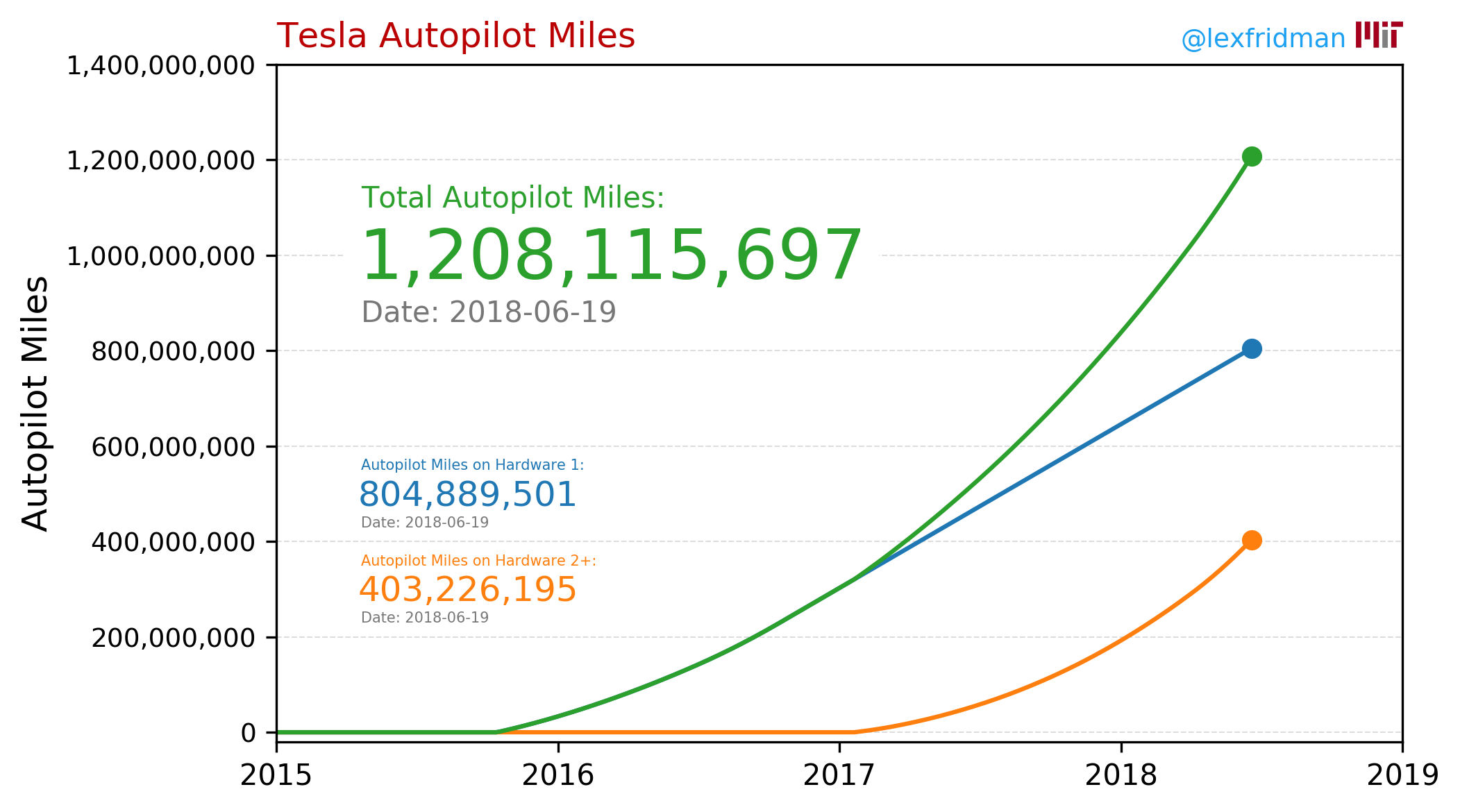 That data is often referred to as “shadow mode” mileage because the autonomous driving system runs in the background of the vehicle without being able to have any input on the driving.

The MIT team has also tried to estimate the total of shadow mode miles: 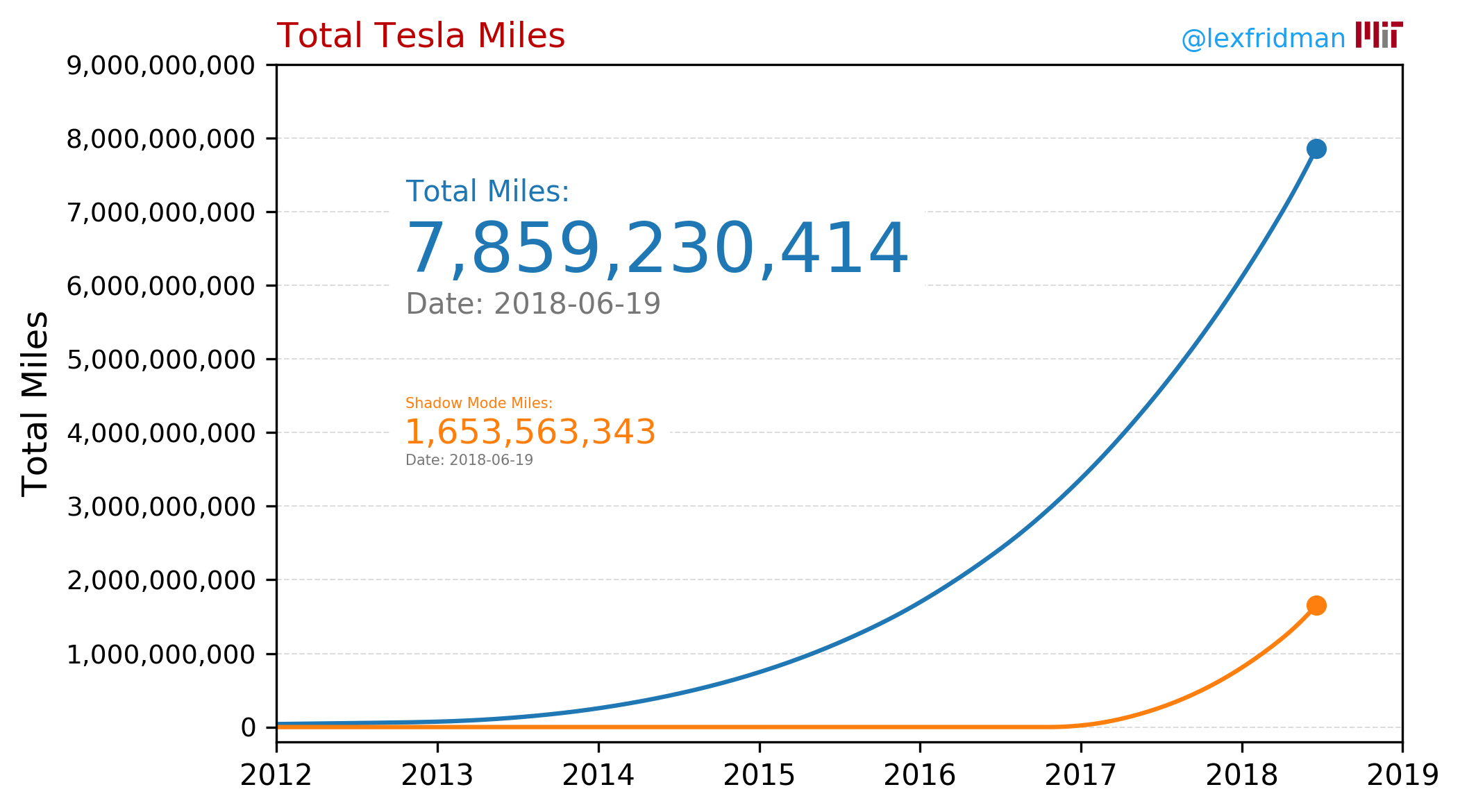 In both cases, they plotted the data based on the few occasions when Tesla actually released some of the data.

It can be difficult to do that since the growth is exponential but not necessarily stable since Tesla said that it can detect dips in Autopilot usage by its fleet when there’s negative media coverage, which has been quite common over the last year.

What would be particularly interesting about Tesla crossing 1 billion miles of Autopilot use is that CEO Elon Musk has previously mentioned the milestone as the minimum they would need to move Autosteer from ‘beta’ to a regular feature.

Musk recently said that Autopilot is going to get some significant updates this summer and he says that progress could lead to the promised fully autonomous software being ready for the end of next year. Though he also said that Tesla’s version 9 software update is coming in August with the first ‘full self-driving features’.

As for the kind of data that Tesla collects from Autopilot, we recently got a rare great look at what Tesla Autopilot can see and interpret – pictured above.