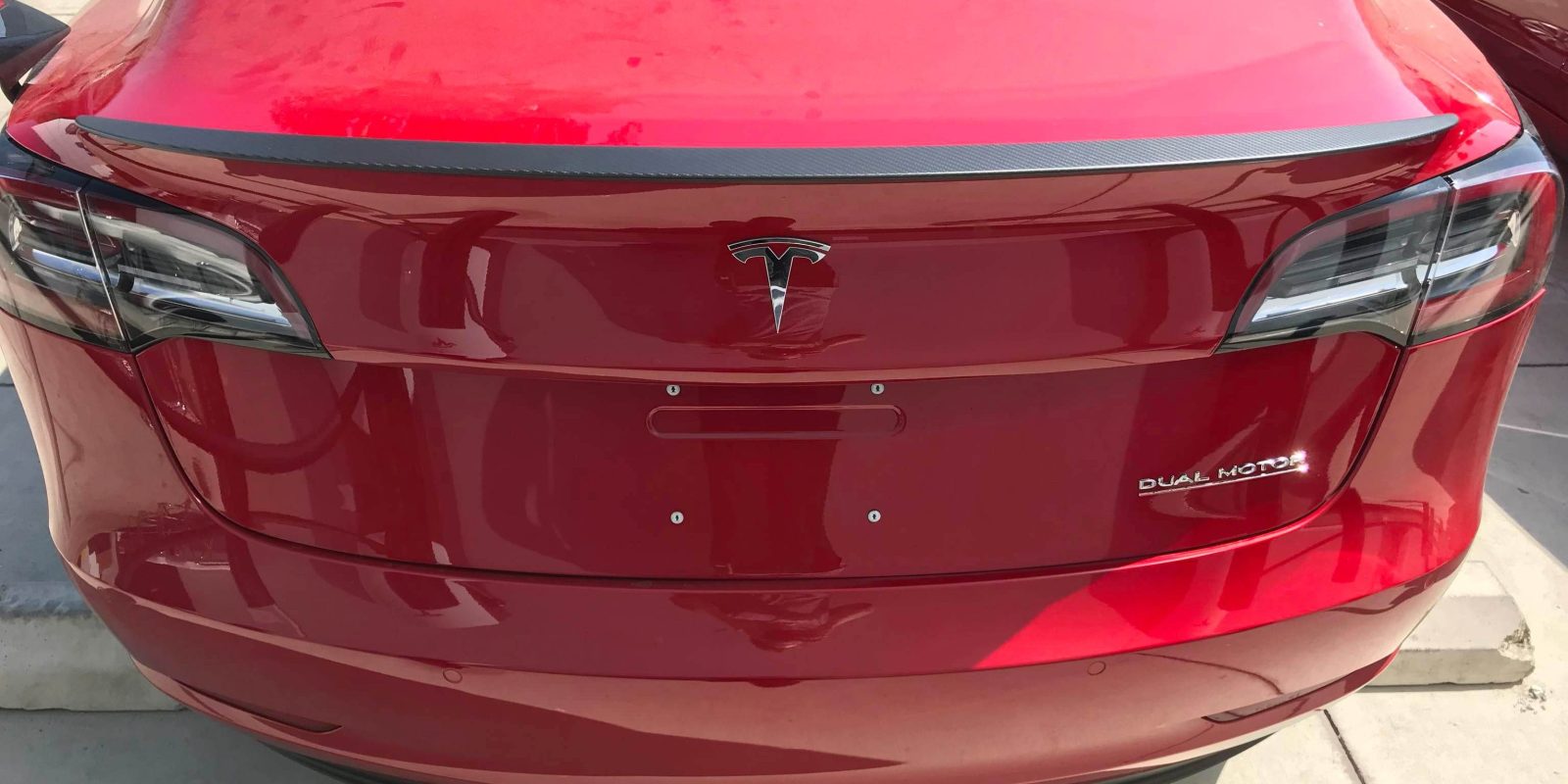 We got our first close look at the Tesla Model 3 Performance version earlier this week as the first cars for the test drive fleet are making it to stores around the US.

But that car has yet to get its spoiler and badge.

For some unknown reason, Tesla says that it won’t be shipping the Performance Model 3 with the spoiler included in the performance package for the early production of the vehicle.

Owners will be able to have it shipped and installed at their local service center.

The badge was also a question mark for a long time since the first 50,000 Model 3 vehicles that Tesla produced had no badge beyond the Tesla logo.

It changed last month when Tesla confirmed that the Model 3 will finally get a badge. Though the automaker used a different badging scheme than it does for Model S and Model X.

A Tesla employee on Reddit shared the first image of a Performance Model 3 with both the spoiler and badge installed:

The vehicle is part of Tesla’s growing Model 3 test fleet being deployed at stores around the US.

Some of the first Model 3 Performance vehicles for customers have reportedly been built and they should soon be delivered in the coming days and weeks.

Tesla recently accelerated Model 3 delivery timelines on new orders for all configuration currently in production, including the Model 3 Performance.

We should ourselves get a chance to drive the car this week as both Seth and I are heading to California this weekend.

If you happen to have a chance to drive the car or you are getting a delivery of your own soon, let us know about your experience.

I myself have one on order for almost a month, but my Performance Model 3 is apparently not in production yet. I have a feeling that it may take a little longer in Canada as Tesla focuses on US deliveries.