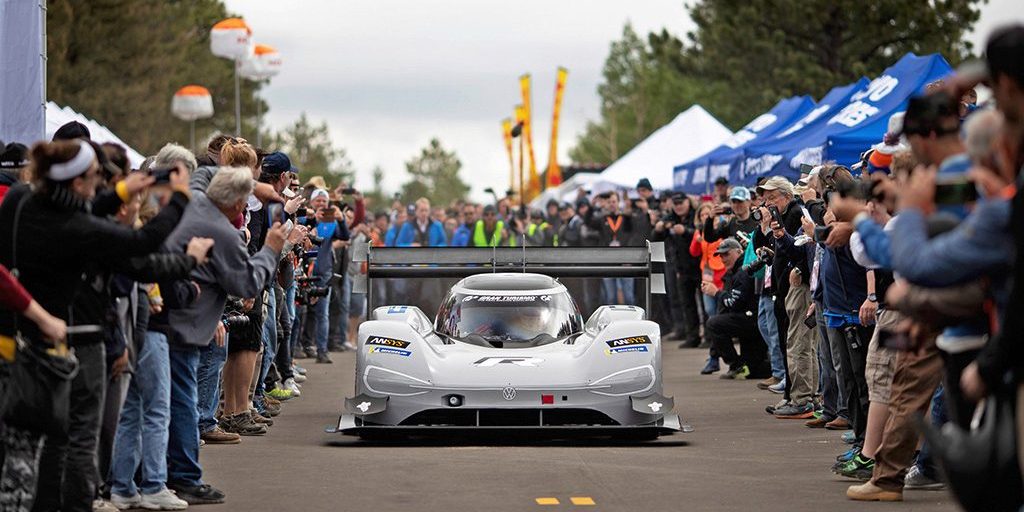 But now that they broke the record with the car, they want to try the impressive electric vehicle on other circuits.

They’ve announced that they are going for the Goodwood electric vehicle record in the UK.

The Goodwood Festival of Speed has somehow become a showcase for electric vehicles. Last year, some rare EVs ended up showing up at the event and even raced up the Goodwood hill climb. We saw the Zoe e-Sport Concept, a sexy sports version of its successful all-electric Zoe, Nissan’s all-electric BladeGlider, and the London Taxi Company Black cab prototype.

Tesla is not always present at car shows, but over the past few years, it had a big booth at the Goodwood festival to showcase its electric vehicles and it will serve as the background for the Model 3 European debut this week.

Now VW is on board with Romain Dumas making a comeback with the Volkswagen I.D. R Pikes Peak just a few weeks after his impressive run in the US.

“I am really looking forward to getting back behind the wheel of the I.D. R Pikes Peak at the Goodwood Festival of Speed. The race in Duke of Richmond’s estate is a very special event that is steeped in tradition. The best drivers in the world line up in some legendary racing cars in a great atmosphere. The I.D. R Pikes Peak may still be very young, but the record-breaking run on Pikes Peak has already made it a ‘living legend’.”

They are going after the electric car record set by Jonny Cocker (GB) in a Lola-Drayson B12 69/EV with a 47.34 seconds time at the iconic Goodwood Hillclimb in 2013.

Officially, that’s the record they are going after, but like with the Pikes Peak record, they ended up beating the overall record.

The all-time record at Goodwood is held by former Formula 1 driver Nick Heidfeld (D). Back in 1999, he covered the short 1.86-kilometre route in 41.6 seconds at the wheel of a McLaren-Mercedes MP4/13 Formula 1 car.