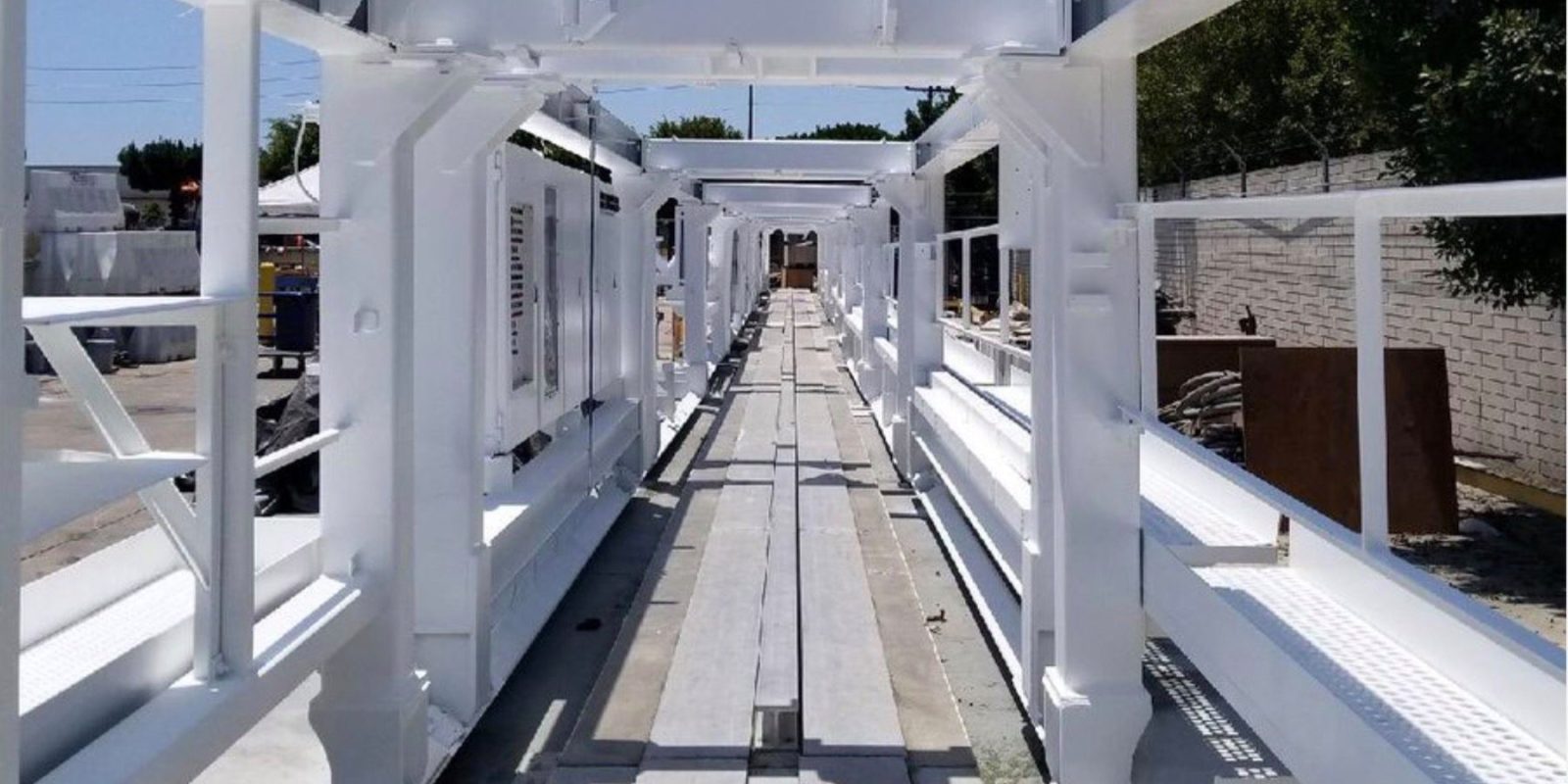 After winning the contract to build Chicago’s transit system between downtown and the O-Hare airport, Elon Musk’s Boring Company said that it will likely end up being the startup’s first deployment of its ‘Loop’ technology.

The company has now released the first glimpse at the system with an image of the gantry being developed for the Loop.

It can be difficult to follow all of the Boring Company’s different projects and products.

Despite being a fairly young startup, it is working a flurry of different systems from actual boring machines to electric skates to pressurized pods to vacuum tunnels.

In Chicago, The Boring Company will be building a ‘Loop’, which they describe on their website:

“Loop is a high-speed underground public transportation system in which passengers are transported on autonomous electric skates traveling at 125-150 miles per hour. Electric skates will carry between 8 and 16 passengers, or a single passenger vehicle.”

In order to deploy this system, the company will have to dig the tunnels and deploy the infrastructure to move those “autonomous electric skates” inside the tunnels.

Today, The Boring Company released this infrastructure for the Chicago Loop:

Getting ready for Chicago pic.twitter.com/FDk6jOGlQ3

We appear to be looking at the latest version of The Boring Company’s gantry system for the loop.

When first announcing the project, it wasn’t clear if the electric skates would travel on a rail or not:

Electric pods for sure. Rails maybe, maybe not.

Now it looks like there’s a rail in the middle of the concrete foundation on which they set the gantry.

A source familiar with the matter says that this new system is still in Hawthorne, California, where The Boring Company is based, but it will be moved to Chicago.

At a press conference after the announcement of the project, Musk announced a very aggressive timeline to get the Chicago Express Loop up and running.

They aim to start drilling as soon as they receive regulatory and environmental approval, which he sees happening within 3 to 4 months, and Musk wants the Loop to be ready “within 18 to 24 months”, but he said that it could take longer though it’s “unlikely” going to take more than 3 years.

In the meantime, The Boring Company is still working on other tunnel and transit system projects in Los Angeles and on the East Coast while honing their boring technology.