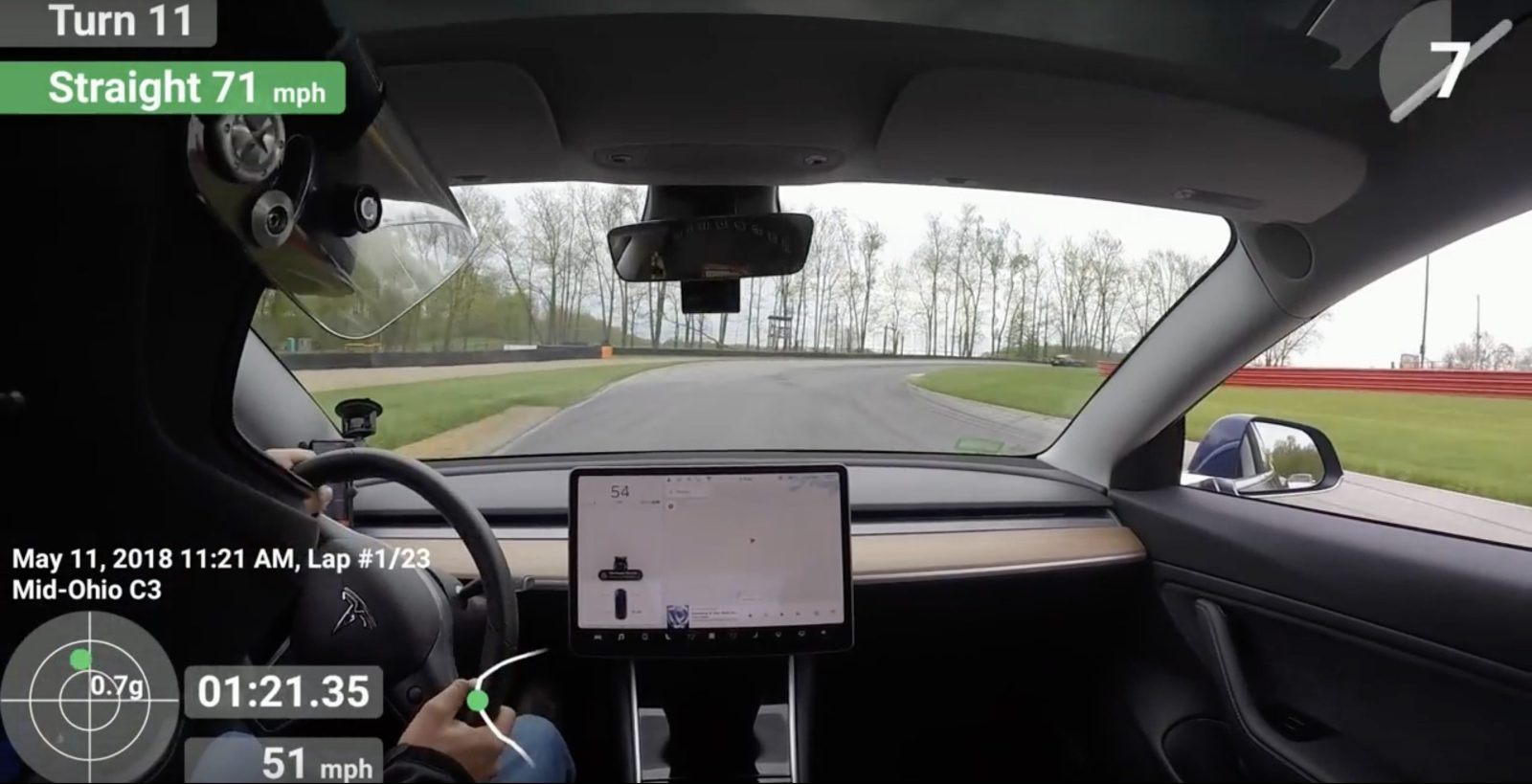 Elon Musk says that Tesla is about to start taking orders and release the specs of the performance version of the Model 3, which could end up being an impressive vehicle on the race track.

Model 3 owners are already taking their non-performance version vehicles to the race track and as evidenced by a new video, it looks like they are already have some fun.

After watching a Tesla Model 3 doing an autocross run with the driver coming out impressed, we now get to see the electric car on the race track.

Rudy Tanov brought his dad’s Model 3 to the Mid Ohio NOR PCA.

He said that the car handled well, but it needs better brake pads:

“I took my father’s Model 3 out on a PCA Friday lapping day for three laps. It’s on Michelin Pilot Sport 4S’s which helped with traction. The stock brake pads did not hold up to the task, but nobody makes any race compounds yet, so we had no other choice. I had to cool down the brakes after the second lap and bring it in.”

Tanov said that he believes he could get a much better time with new brake pads and more practice with the Model 3.

The Model 3’s brake pads are adequate for normal driving, but they don’t get much use when regenerative braking is appropriately used.

The Performance version is expected to feature better brakes, along with a front motor and a more powerful rear motor.

Details should be arriving later this week, but in the meantime, it’s fun to get a glimpse of the potential based on the standard version.

Last week, we also saw a stock Tesla Model 3 set a new quarter-mile record – showing that Tesla might be underselling the acceleration of the vehicle.

Things are starting to bode well for the dual motor and performance version.