The project is the result of collaboration between Nissan, Eaton, BAM, The Mobility House and the Johan Cruijff Arena, supported by the Amsterdam Climate and Energy Fund (AKEF) and Interreg.

Nissan claims that it is “the largest European energy storage system using second-life and new electric vehicle batteries in a commercial building.”

They installed a 3 MW/2.8 MWh storage system made of battery modules from the equivalent of 148 Nissan Leaf battery packs.

The Japanese automaker released a few pictures of the installation at the stadium:

It will be used to provide “a more reliable and efficient energy supply and usage for the stadium, its visitors, neighbors and the Dutch energy grid.”

Henk van Raan, director of innovation at the Johan Cruijff Arena, commented on the project:

“Thanks to this energy storage system, the stadium will be able to use its own sustainable energy more intelligently and, as Amsterdam Energy ArenA BV, it can trade in the batteries’ available storage capacity. The ArenA is assured of a considerable amount of power, even during an outage. As a result, the stadium will contribute to a stable Dutch energy grid. The Johan Cruijff ArenA is one of the most sustainable stadiums in the world and leads the way in introducing smart innovations like this unique energy storage system.”

The stadium also has a solar installation with 4,200 solar panels that can feed power to the new battery system.

Here’s an infographic about the new project: 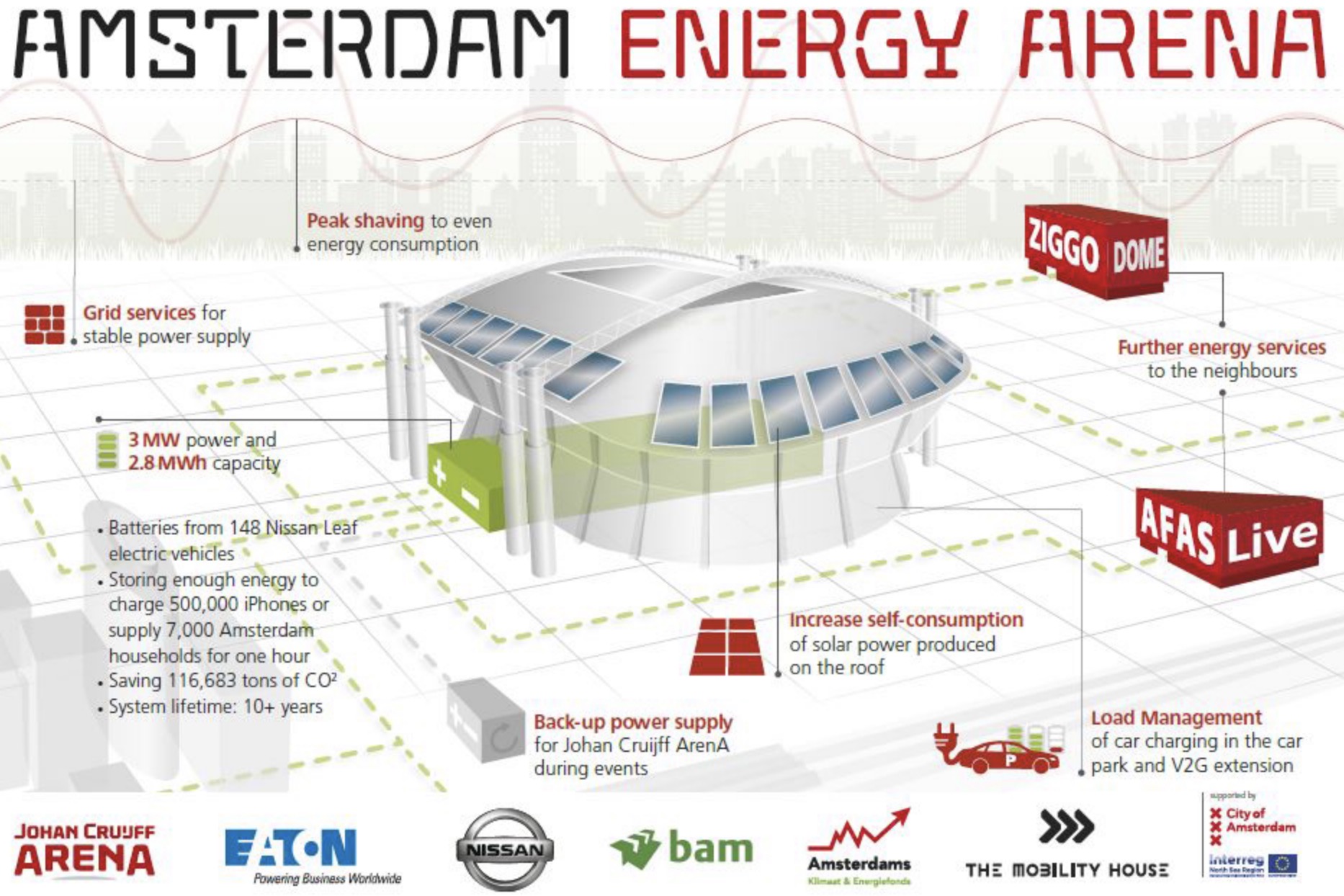