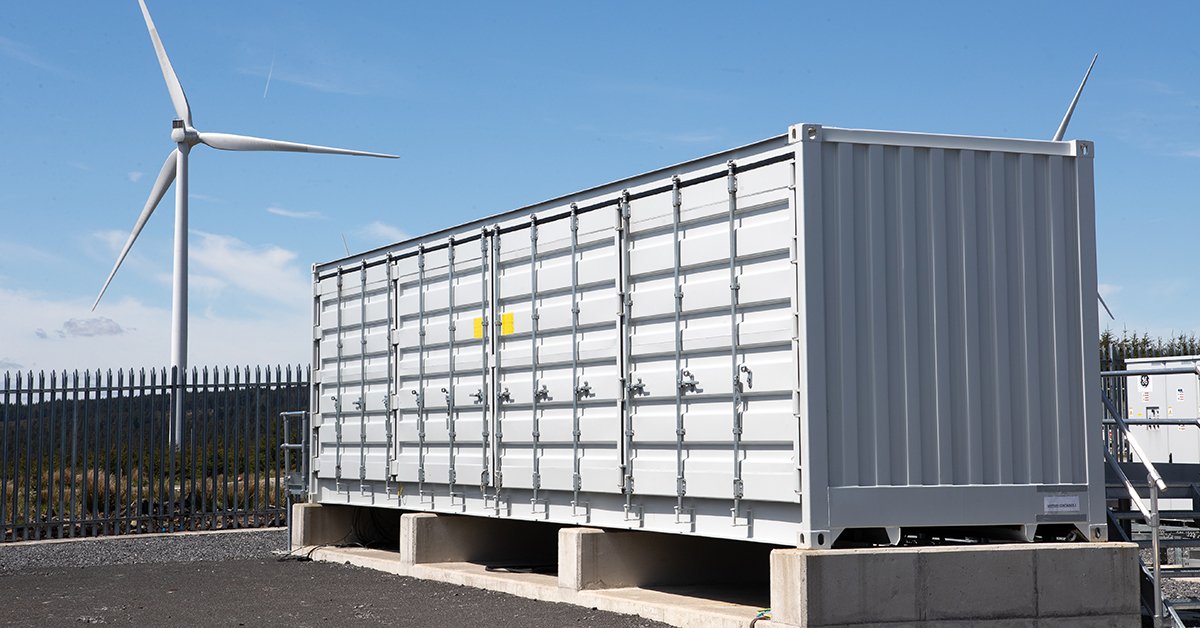 Now, a new one made of BMW i3 battery packs is connecting to the UK National Grid and has become one of the largest to date.

The project is made of six shipping container sized units, five of which house 500 i3 BMW manufactured battery packs, which each have a 33 kWh capacity.

For a comparison, BMW delivered just over 500 i3 electric vehicles in the US last month. Therefore, it’s a significant portion of their battery pack manufacturing going to stationary energy storage.

It shares the electrical infrastructure of the wind farm to create a hybrid renewable energy and storage asset.

This is Vattenfall’s largest battery installation to date, where we make use of synergies at our existing wind farms sites – such as at Pen y Cymoedd or the Princess Alexia Wind Farm in the Netherlands. Hybrid renewable parks will play a larger role in the future and we are leading this development.

After a 2.8 MWh energy storage facility built with batteries from over 100 BMW i3 electric cars in 2016, they used up to 1,000 BMW i3 battery packs for an energy storage project at another of their wind farms near Amsterdam.

As for Tesla, the company said that it sees more value in recycling older battery packs for materials and instead, it designs and builds battery packs specifically made for stationary energy storage projects: Powerwalls and Powerpacks.