Elon Musk appears to be flush with cash these days since he is buying a lot of Tesla shares – something he hasn’t done in while until now doing twice in about one month.

Today, he added about $25 million to his already huge position on the company that he co-founded as he now tries to make it profitable.

Over the past few months, the CEO has been predicting a short squeeze on Tesla’s stock that would be a ‘next level short burn of the century’.

He is putting his money where his mouth is since he has been adding to his investment in Tesla.

Tesla disclosed the series of purchases in a SEC filing that was released earlier this afternoon: 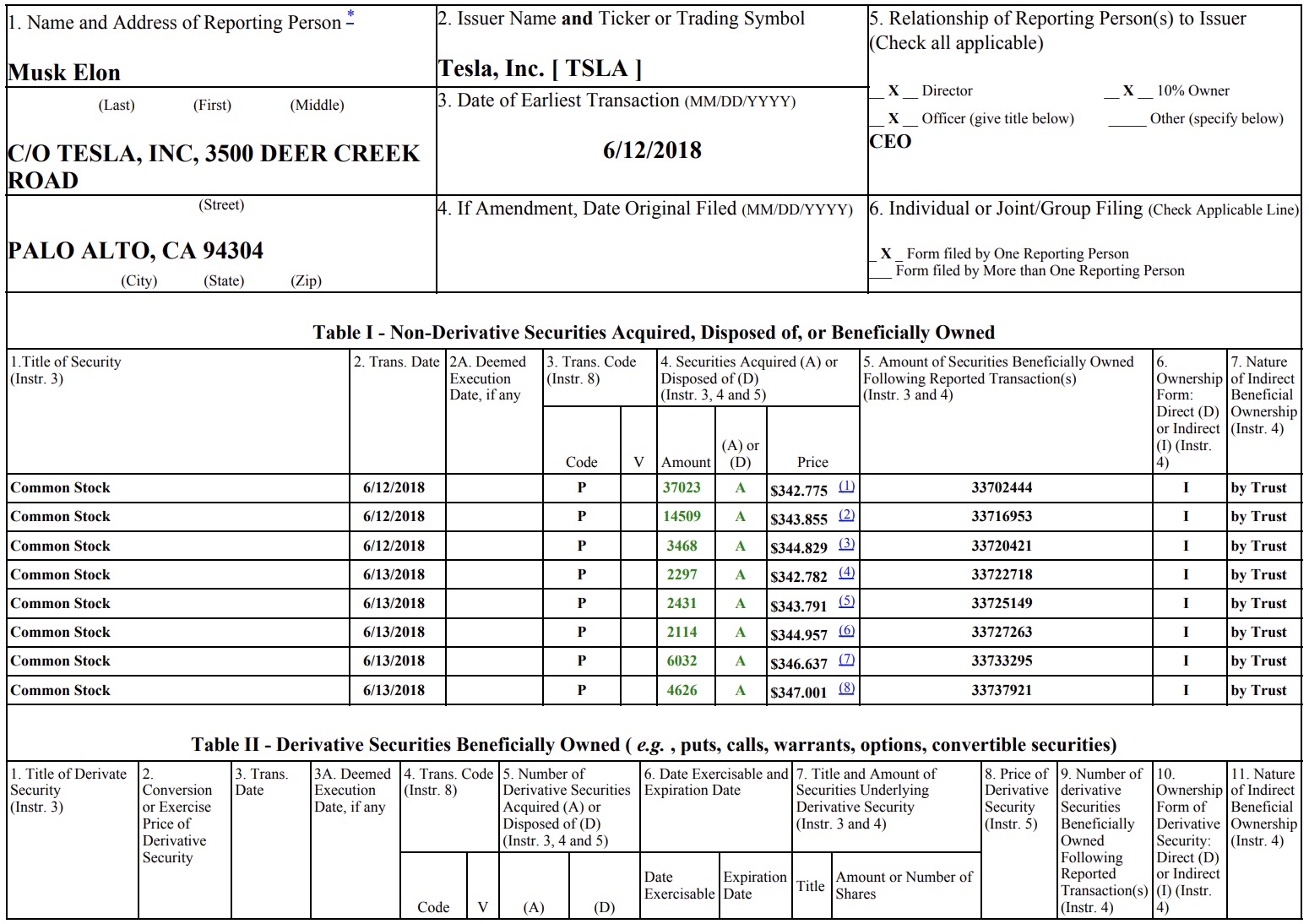 Musk is already Tesla’s biggest shareholder and his position could improve significantly if the company achieves profitability and the stock keeps climbing.

Each $50 billion increase in Tesla’s market capitalization would result in Musk receiving 1.69 million shares, which is currently worth almost $600 million at today’s price, but the share price would increase alongside Tesla’s market cap.

As we reported earlier today, Tesla’s stock has been rising significantly throughout the last few weeks, which has resulted in a paper loss of about $2 billion for people betting against Tesla.

Musk’s latest purchase of Tesla stocks started as he announced that he was slashing the company’s workforce by about 9% as they attempt to cut cost in order to be profitable by the end of the year.

As I stated when Musk made another investment in Tesla last month, it has been rare that Musk acquired new Tesla shares outside of his compensation package.

Even though Musk is extremely rich on paper between his stakes in Tesla and SpaceX being worth close to $30 billion, he hasn’t always had a lot of cash.

He even had to borrow over $100 million to reinvest in Tesla at one point.

Some will see this as a show of confidence, but Musk already showed a lot of confidence by predicting a short squeeze on Tesla’s stock that would be a ‘next level short burn of the century’.

It certainly looks like Musk is confident that Tesla will achieve its Model 3 production goal, which would then lead to Tesla being cash flow positive and potentially lead to his predicted short squeeze.

Either way, there’s no way around it. The next few months will be very critical for Tesla and therefore, it will be really interesting to follow.