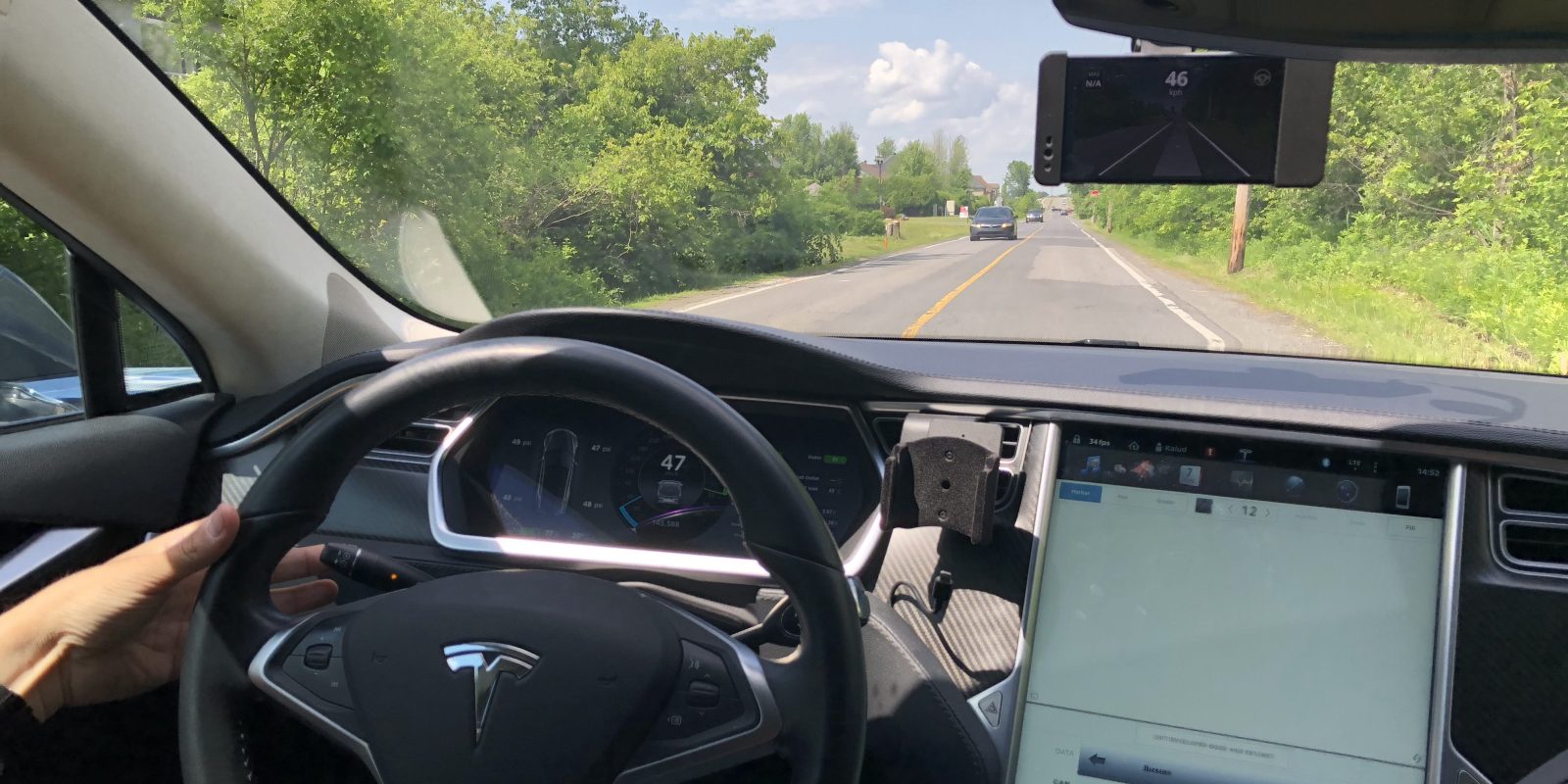 About 50,000 Tesla owners, including myself, have a Model S without Tesla’s Autopilot technology since it was only introduced in 2014.

Two of those Tesla owners decided that they wanted the features but they didn’t think it was worth it to exchange their vehicles for the most recent Model S. So they set out to build their own by using the semi-autonomous driving technology developed by George Hotz’s comma.ai.

Today, we take a first look at that project.

First off, while we reported on comma.ai on a few occasions, the startup has evolved a lot over the last year. So here’s a little more background.

Hotz is best known for his hacking feats as a teen, but he turned his software engineering skills to self-driving vehicles over the last few years, which led to him founding comma.ai.

When ‘comma.ai’ came out of stealth mode, Hotz released an email conversation he had with Tesla CEO Elon Musk in which he was offered a contract with a “multimillion-dollar bonus” for him to build a new Autopilot system in order for Tesla to discontinue Mobileye’s part in the program.

He turned it down and continued his work on his own at his startup.

comma.ai ran into some troubles with regulators early on and it had to adjust, but with a strategy to focus on shipping products to offer valuable services to customers while gathering large amounts of data, the startup found some early success and it ended up raising millions from VCs.

Over a short period of time, they ended delivering a surprising number of software and hardware products.

The main one being the EON dashcam, which is officially sold as a dashcam with apps like Waze and Spotify, but when combined with other products on supported cars, it can actually be used as a driver assist system similar to Tesla’s Autopilot or GM’s Supercruise.

Currently, only Honda and Toyota vehicles are officially supported for their driver assist system called ‘openpilot’ powered by comma.ai’s own open-source AI technology.

The fact that it is open-source and accessible on Github makes it an attractive resource for hackers working on their own cars.

At one point, Hotz wanted to buy a Tesla Model S and use his own driving software to replace Autopilot, but Tesla made it difficult for him to buy the car so he gave it up.

But longtime Tesla owners Jean-Claude Thibault and Robert Cotran decided to make it happen themselves.

I met up with them last week to take a look at their work.

They both own pre-Autopilot Model S sedans and Thibault said that when Tesla launched Autopilot in 2014, he looked into upgrading to a new Model S with Autopilot, but he found the premium to be too high.

When comma.ai came around, they saw an opportunity to have the Autopilot features in their own cars without having to upgrade through Tesla.

They set out to build this over a year ago and faced a few challenges.

They found out that “the control systems on a pre-Autopilot Model S periodically send a “kill” signal to the EPAS control module which is located on the EPAS servo which is connected directly to the steering rack.” 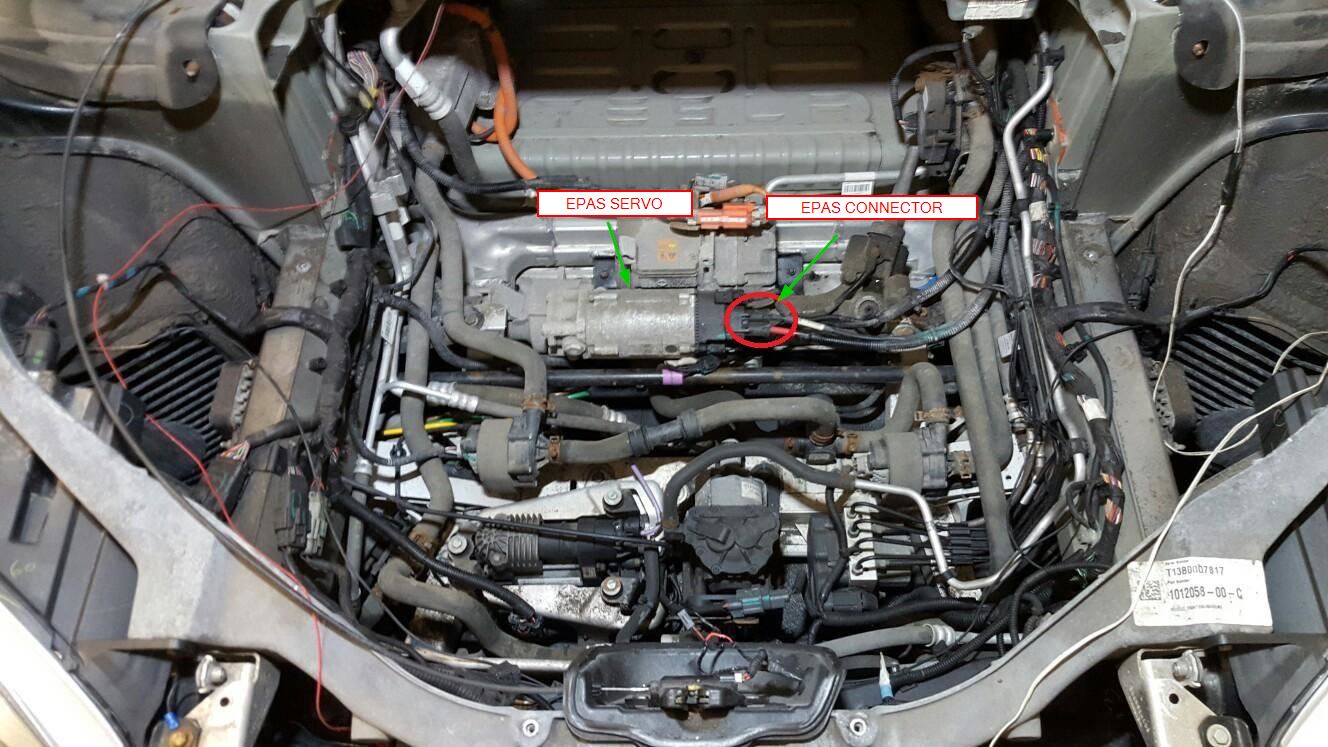 It prevented them from sending the control signals from comma.ai’s EON to their vehicles.

With root access to the vehicle’s software and a connector developed by Thibault, who is an electrical engineer, they were able to bypass the issue.

To bypass this kill signal, all communication with the EPAS module needs to be proxied through the Neo board. The Neo firmware will be programmed to proxy all CAN messages to and from the EPAS control module with one exception. It will rewrite the message that disables control of the EPAS servo with one that enables it. This is absolutely necessary and steering control will not work without doing this.

From there, they managed to build software to make the auto-steering feature of comma.ai’s Openpilot to work with the Tesla Model S.

They built it to work very much like Tesla Autopilot’s Autosteer with a double tap of the cruise control lever which makes the Openpilot start sending inputs to the steering wheel based on its computer vision system.

Between the two of them, Thibault and Cotran have already accumulated over 50,000 km combined on their Model S vehicles.

Recently, they have adapted their version of the software to work with comma.ai’s latest version and I got to tag along for a drive to test it out:

At the moment, only the auto-steering works since the traffic-aware cruise control relies on radar, which pre-Autopilot Model S vehicles don’t have – though it could technically be retrofitted.

Thibault and Cotran are currently working to refine the system. If someone is interested in adding the system to their own car or to help develop the system, they suggest joining them on comma.ai’s slack channel.

Here are some pictures of the hardware used for the hack (picture credit: Jean-Claude Thibault):

I am impressed by both Thibault and Cotran’s effort to make this work on Tesla’s Model S and the actual performance of comma.ai’s Openpilot.

In my limited experience with the driver assist system, the auto-steering appeared really similar to Tesla’s Autosteer, which is impressive considering that Hotz built the software with a fairly small team over a relatively short period of time.

Similar to what we reported earlier today about Tesla’s AI director developing the Autopilot dataset, comma.ai is now improving on its system and building HD maps with data coming from its fleet of vehicles using its dashcam application and its EON product.

We are open sourcing HD maps of all highways in America by the end of the year. Every lane. Every "track" for a car to drive on. Get an EON and grey panda and make maps today! pic.twitter.com/MhPAZo94WY

Some people are quick to write off Hotz due to his somewhat eccentric personality and his very ambitious claims.

Tesla said this about his startup two years ago:

We think it is extremely unlikely that a single person or even a small company that lacks extensive engineering validation capability will be able to produce an autonomous driving system that can be deployed to production vehicles.

But after experiencing their system, I think we need to acknowledge that it is extremely impressive that comma.ai is shipping this product, which is extremely rare in the autonomous driving space.

It might sound like a sensational prediction, but I wouldn’t be surprised if, in a few years, comma.ai’s Openpilot becomes the Android to Tesla Autopilot’s Apple.

That’s a few years away, but like Tesla’s Autopilot, comma.ai’s products are useful right now.

If you own one of the supported cars, you should certainly look into the EON. As for Tesla owners, Thibault and Cotran have done a lot of work to make the process of making auto-steering work fairly well without having to hack Tesla’s software and with limited hardware installation.

And on top of the auto-steering and dashcam features, EON also comes with Spotify and Waze, two features that Tesla owners (in North America for the first one) have wanted in their cars for a long time.