Tesla has now deployed over 10,000 Superchargers around the world

Tesla has now officially deployed over 10,000 Superchargers around the world.

The automaker is about 5 months late with the milestone, but it is now adding stations at a high pace and it plans to expand even faster once the next-gen Supercharger is ready.

Last year, Tesla set out to build 10,000 Superchargers by the end of the year.

It came out short, but it never stopped building new stations and adding Supercharger stalls to existing stations.

it took an additional 5 months or so to get there but with the opening of 5 new stations this week, Tesla is now at over 10,000 Supercharger stalls installed at 1,261 stations all around the world, according to the company’s website.

Yesterday, Tesla opened a new 20-stall station in Belleville, Ontario, which is going to facilitate travel between Toronto and Montreal (picture by Sakimano on TMC): 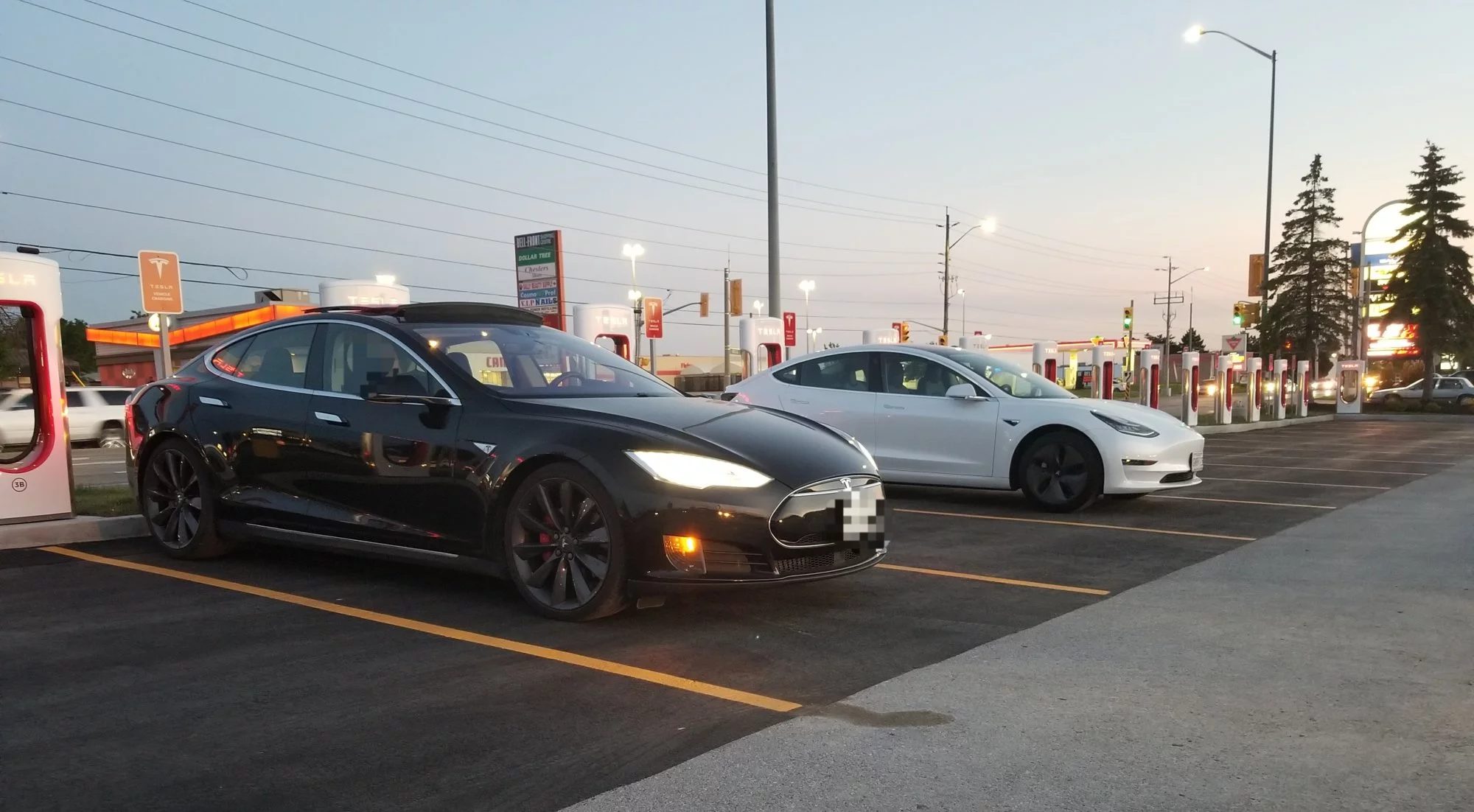 The new station was enough to push Tesla’s network to over 10,000 Superchargers.

The company released a new map of its planned expansion for the rest of the year and into next year.

It looks like some of those stations could feature a new Supercharger technology from Tesla.

Musk has been talking about Tesla introducing ‘Supercharger V3’ toward the ‘end of the year’ and it should feature a higher charge rate and more integration with Powerpacks and solar power.

The CEO also said that the introduction of the new stations will come with an acceleration of the expansion of the network with the ultimate goal to allow Tesla owners to travel almost anywhere on earth.

As we reported earlier this year, Tesla is already deploying stations at a record pace, but the competition is heating up.

In the US, Electrify America is now coming up with its own fast-charging network and in Europe, there are several new networks currently under construction, including Ionity, Ultra-E, and MEGA-E.

Tesla owners will also be able to take advantage of those stations, which often have CHAdeMO connectors, but Tesla will also be competing with the networks for the best charging station locations.

I think all other automakers and companies developing DC fast-charging networks need to use Tesla’s Supercharger network as an example.

While Tesla is now starting to charge Model 3 owners for using the network, it first started building up the network without it being a profit center.

The result is that they focused on optimizing the experience for the drivers, which means many charge points per station and a frictionless user experience, instead of trying to get as much money per station as possible.

It’s why most third-party networks have only a few charge points per station – so that the usage rate remains as high as possible.

Right now, it’s one of Tesla’s biggest advantages and while it looks like other companies are starting to catch up, it looks like the automaker is accelerating its effort to keep the lead.

The charging space is starting to get very interesting.