A new study values those advantages in the billions of dollars and it would enable the grid to take better advantage of renewable energy.

The Lawrence Berkeley National Laboratory published the study this month in Environmental Research Letters in which they use California as an example.

“In this study, we forecast the significant grid challenges that arise as more renewables are deployed, specifically the increasing daytime over-generation, increasing evening peaks, and increasing up-ramp and down-ramps. We show that EVs with only V1G capability provide renewables integration capability equivalent to 1.0 GW of stationary storage, a large fraction of the 1.3 GW Storage Mandate, but at a small fraction of the cost. With some vehicles being V2G capable by 2025, vehicles provide renewables integration capability far exceeding that of the Storage Mandate during critical days.”

What they called ‘V1G’ is simply the capacity to control when an electric vehicle is charging in order to avoid peak demand time and stabilize the load.

BMW has several pilot programs working on the concept and it expanded one of them with PG&E in California in 2016 after a successful first phase.

Owners get money for allowing their utility company to control when their BMW i3 vehicles are charging within some pre-determined settings.

A new app to enable the same concept for Tesla vehicles in the Netherlands was also launched last year.

The fleet is currently too small to have a major impact, but they believe that with a larger scale, these programs could be worth a lot of money.

Based on the new Lawrence Berkeley National Laboratory, it could add up to more than 50 GW of controllable load in California by 2025: 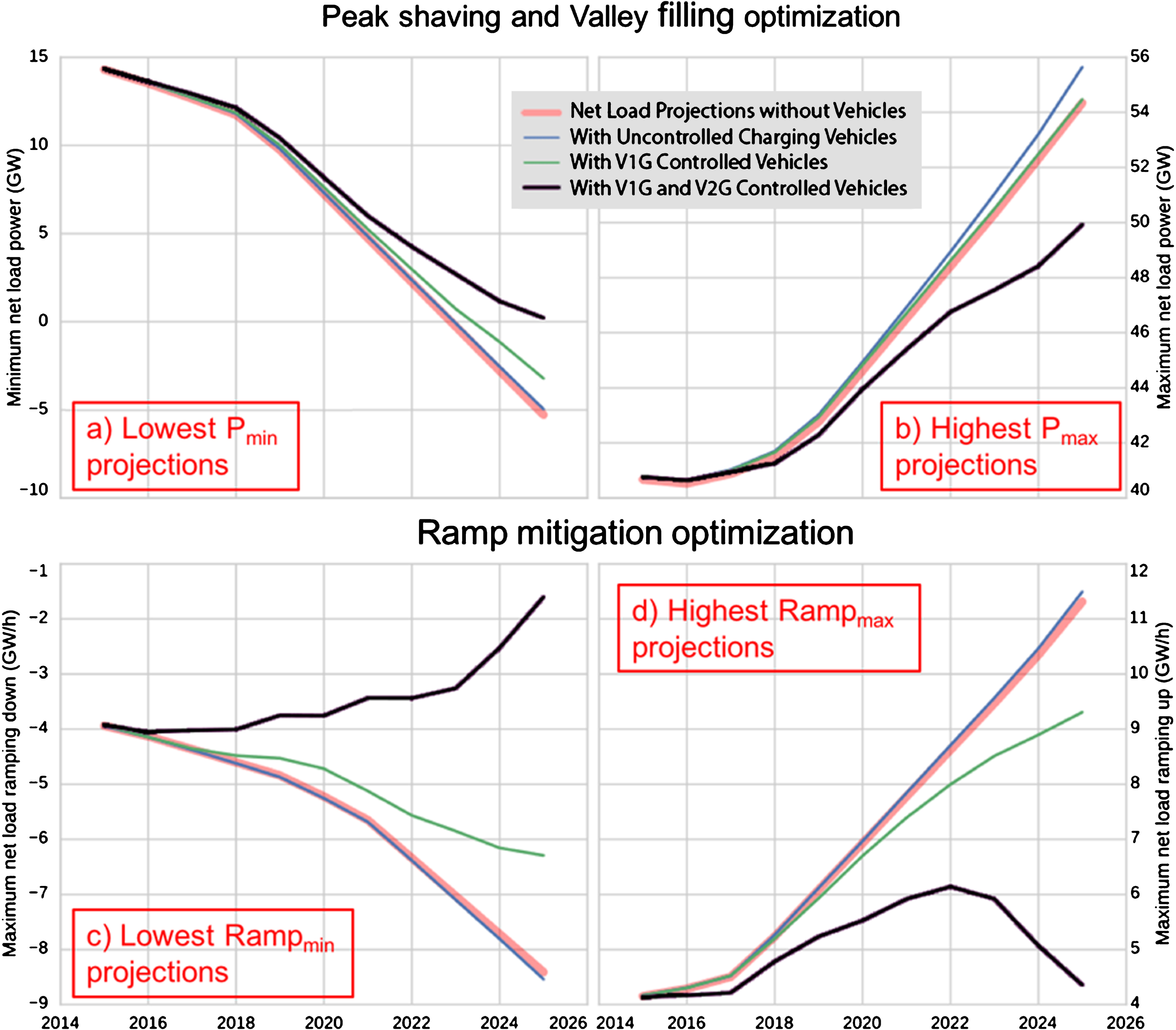 The study attempted to value that capacity and claims that it’s worth “$1.45–$1.75 billion of stationary storage investment.”

That’s simply by controlling the power load, which could technically be done with current technology by connecting charging stations and electric vehicles with the grid’s network, like they have done with the BMW program in California and Tesla vehicles in the Netherlands.

They have also been looking at scenarios where on top of controlling when EVs charge, the EVs can also send back some of their energy into the grid through what is called ‘vehicle-to-grid’ or V2G.

In the study, they found that using the technology on California’s growing fleet of electric vehicles would be “the equivalent of $12.8–$15.4 billion in stationary storage investment.”

Currently, there are not many electric cars equipped with V2G capabilities. The most popular EV with the technology is the new Nissan Leaf.

Tesla has been talking about the technology for a while, but they seem to have walked away from it and instead focused on stationary energy storage systems optimized for daily cycling.

While not everyone is on board with V2G, the study highlighted that V1G could alone achieve most of the goals of California’s Storage Mandate, which is so far been achieved through residential and utility-scale energy storage projects.

That’s a very interesting study because it’s something that the industry has only scratched the surface of as the EV fleet is still fairly small.

I am not sure about V2G for grid services though I like the idea of having the tech available as backup power.

When it comes to grid services, I think V1G or controllable load is a way more interesting solution that’s easier to sell to EV owners and it will soon start to make a lot of sense in the next few years as electric utilities start seeing more EVs charge on their networks.

Keep an eye out for more cost-saving programs for EV owners with your local utilities, I think they are coming.