Nissan has been testing different vehicle-to-grid (V2G) systems, which enable electric car owners to use their car’s battery pack to feed energy back into their home or grid, with the Leaf for years now.

With the launch of the next generation Leaf, Nissan now unveils a new EV ecosystem, including a scheme to offer free power to owners with a V2G system.

Mercedes-Benz launched its battery pack earlier this year, just like Renault earlier this summer, but Nissan’s entry in the market is a little different.

Nissan’s home battery pack, called xStorage, also serves as an electric car wall connector and it’s bi-directional – meaning that it can take energy from the car’s battery pack and feed it to the unit, power the house, or send it through the electric grid.

Nissan says that the home battery pack, which was developed in partnership with Eaton, has sold “more than 1,000 units across Europe in just three months, with 5,000 units expected to be sold by the end of March 2018. Nissan expects to sell 100,000 home energy units by the end of FY2020 in Europe.”

Using what they learned from test programs with those packs, including a trial with a fleet in Denmark last year, Nissan announced a plan to offer customers free power for its EVs.

“Using Nissan bi-directional charging, customers can draw energy from the grid to power their car or van and then ‘sell’ back to the grid for others to use. This means, once a nominal charge has been paid by the business for the installation of a V2G charger there are no fuel or energy costs; just free power for your EV.” 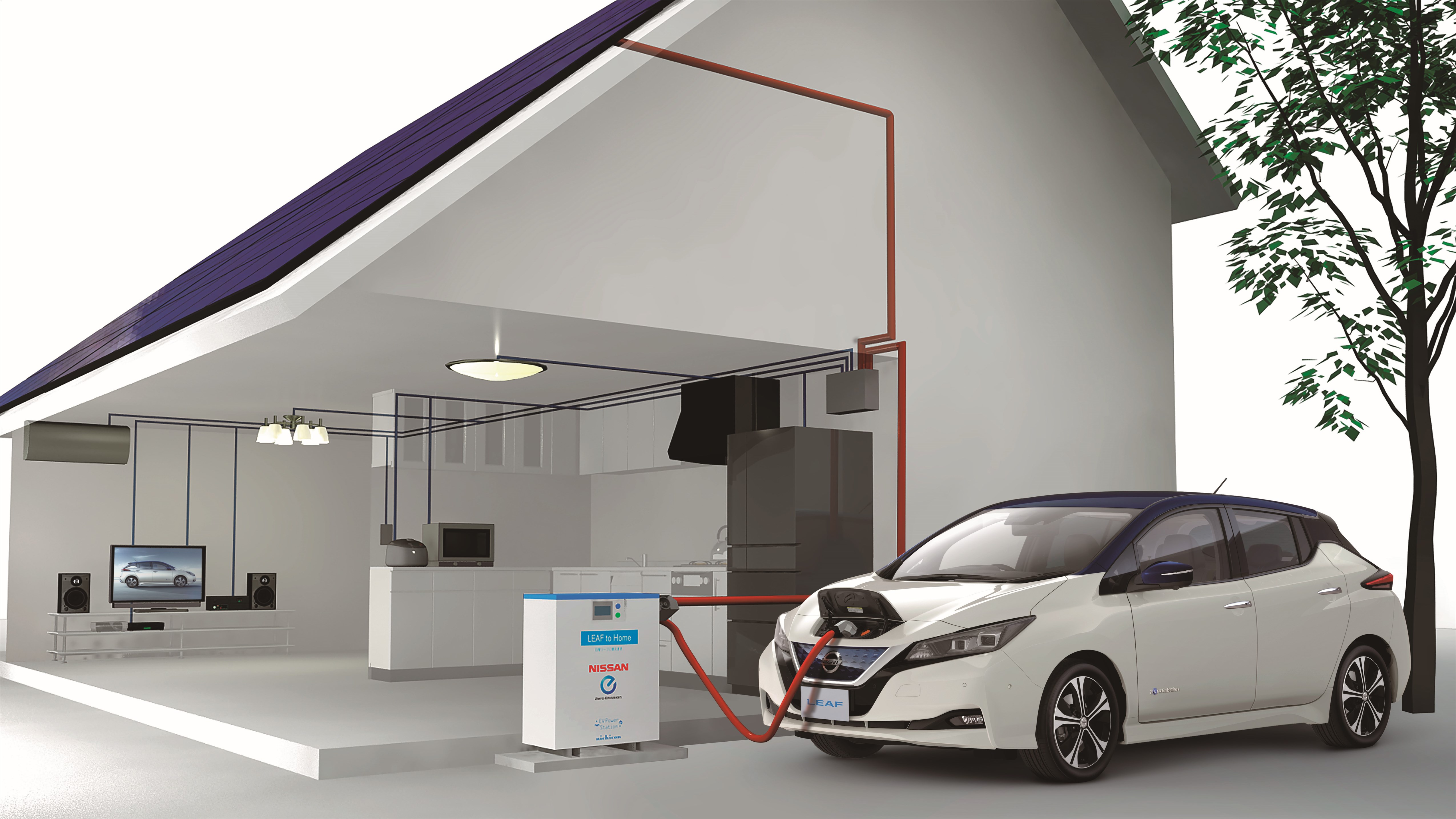 Paul Willcox, Chairman of Nissan Europe, said about the announcement in an event in Norway yesterday:

“Step by step we are removing any barriers to electric vehicle adoption – from infrastructure investment, to how people access the power itself. Over the coming decades through our Nissan Intelligent Mobility vision, the electric ecosystem will transform modern life as we know it. But while the starting point for it is 100% electric vehicles like the new LEAF and e-NV200, the impact goes much further. With fewer emissions, our cities and air will be cleaner. With more intelligent safety features, car accidents would be reduced dramatically. With better connections between vehicles and their surroundings, the school run or daily commute will no longer be clogged with traffic. And by letting people charge their vehicle and their home from each other, we can use our time and energy supplies more efficiently than ever.”

He also announced that Nissan plans to support the deployment of 1000 fast-chargers (Chademo) in Europe over the next 18 months.

Vehicle-to-grid is a very attractive additional feature to have on an electric vehicle, but it has some drawbacks.

That’s where Nissan’s solution is especially interesting since its cars’ V2G system is actually combined with a home battery pack, which enables always some capacity at home.

For backup power, especially in prolonged power outages, it’s an interesting solution, but it’s another matter for daily cycling when combined with solar energy or for grid services, which is another drawback.

Long range electric vehicle battery packs are optimized, or at least they should be, for weekly cycling. You can top the car off every night, but generally speaking, a full charge lasts a few days to a week for regular commuting.

A home battery pack combined with a solar installation or to use for grid services cycles every day. Doing this with an electric car battery pack puts an additional strain on it that could accelerate its degradation.

In short, it’s a cool feature to have, but there are a few things to keep in mind.