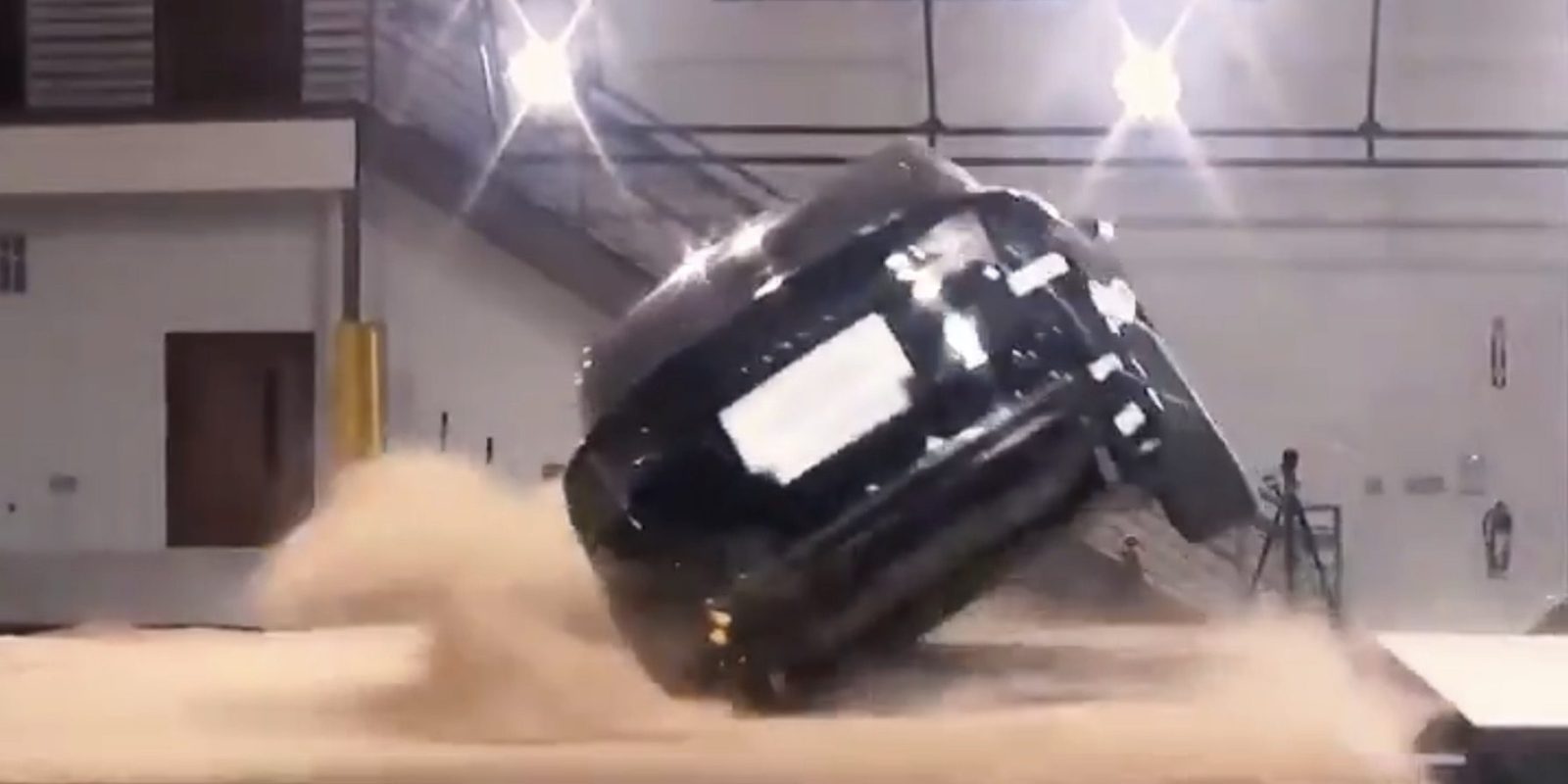 Tesla has long been boasting about the safety of the Model X and especially its low probability of rollover – with good reasons.

Now the company has released some footage of internal tests trying unsuccessfully to make the Model X all-electric SUV rollover.

At the time, we shared the crash test videos of NHTSA’s tests.

One of the most impressive achievements for a SUV is the rollover probability, which is the lowest of any SUV – thanks in part to the Model X having a large battery pack at the bottom of the chassis, which results in a low center of gravity.

NTHSA gave the Model X a rolling resistance of 9.30% and couldn’t tip it in its dynamic test.

Tesla also claimed that they couldn’t “flip” the Model X during internal crash testing, but we have never seen the footage until now:

The automaker released the footage in a tweet in which they highlighted the Model X’s safety rating from NHTSA:

“Model X is the first and only SUV to achieve a NHTSA 5-Star safety rating in every category and subcategory, with the lowest probability of rollover and overall injury of any SUV.”

Before the Model X, Tesla achieved similarly impressive results with the Model S, its flagship sedan.

Now it aims to do the same with its latest vehicle, the Model 3, and we are starting to see the first results from safety tests.

Electric vehicles are proving to offer some great safety advantages and Tesla is not the only one leading the way on that front. We have also seen the Chevy Bolt EV earning a top safety rating from IIHS.