Tesla prides itself on achieving top safety ratings for Model S and Model X. Now it aims to do the same with Model 3.

The first Tesla Model 3 safety test results were released by IIHS and the organization says that the new electric vehicle achieved a ‘superior rating for front crash prevention.’

The Insurance Institute for Highway Safety (IIHS) is currently testing the safety of the Model 3.

Apparently, they haven’t completed the crash tests yet, but they are now starting to release the results of some of their other safety testing, including those for front crash prevention and headlights.

For the front crash prevention test (pictured above), the Model 3 avoided a crash at 12 mph and 25 mph to pass both of the IIHS tests and earn the ‘superior’ rating.

It’s unsurprising considering the Model 3 is equipped with the same active safety features powered by the Autopilot system, including Automatic Emergency Braking, as the one in Model S and Model X, which achieved the same rating.

A side note on Automatic Emergency Braking: AEB is “designed to automatically engage the brakes to reduce the impact of an unavoidable frontal collision with another vehicle” and therefore, drivers should never rely on it to always save them from a crash. For now, nothing beats being vigiant and in control.

The other test that IIHS performed on the Model 3 is on the headlights. 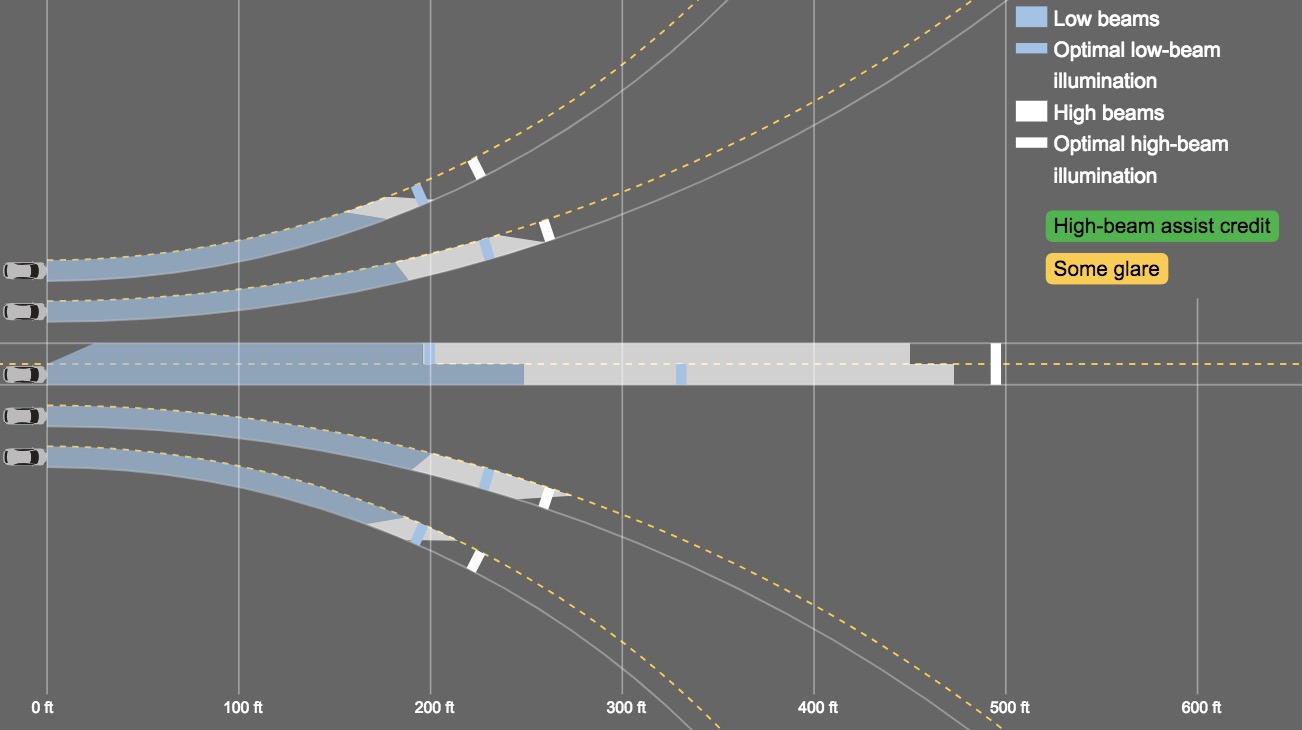 The organization is notoriously stringent on its headlight tests. The Model S currently holds a ‘poor’ rating, but the Model 3 actually beats it with an ‘acceptable’ rating.

Here’s what they had to say about the headlights:

The low beams created some glare.

High-beam assist compensates for some limitations of this vehicle’s low beams on the straightaway and all 4 curves.

It would be fair to note that the aim of the lamp could have been a little off on the vehicle that they tested, which can be adjusted. Their results don’t seem to indicate an issue with the actual strength of the headlights.

Some reports claim that because of the headlight test result, Tesla’s Model 3 will be excluded from IIHS’ Top Safety Picks, but that’s not accurate. The score can be updated with improved versions and as previously mentioned, it’s most likely an easy fix.

Unrelated to this test, Tesla released a software update for the Model 3 earlier this month and it included an automatic high beam feature.

Last year, Tesla said in their shareholder’s letter that they had positive results from early Model 3 crash tests:

Initial crash test results have been positive, and all Model 3-related sourcing is on plan to support the start of production in July.

We will keep an eye out for the results of IIHS’ own tests to see how it holds up.

Over the past few months, we have seen the aftermath of a few Model 3 crashes, which gave us some idea of the safety of the vehicle in a completely uncontrolled environment. Official third-party testing should be much more revealing.