Tesla is already calling the Model X “the safest SUV ever made”, but the National Highway Traffic Safety Administration (NHTSA) has yet to confirm its independent test ratings for the vehicle. Through its own internal testing of the vehicle, Tesla expects the Model X to become the first SUV to get 5-star rating in each of the safety categories.

The Model S surprised NHTSA 3 years ago when it first tested it and the car even broke the agency’s roof crushing machine during testing. Now, Tesla claimed they couldn’t even “flip” the Model X during testing, according to Dougherty analyst Andrea James who recently talked with the company.

As you can see on the featured image above, Tesla expects the Model X to not only get a 5-star rating for rollover injury risk, but also to have about half the probability of injury for a rollover accident than the next best SUV (rollover is often the main problem for SUVs in term of safety).

James recently test drove a Model X and was impressed by the SUV’s performance, but she said that she didn’t really care about how fast it can accelerate:

“I care most that the car is safe, because I’m going to put my flesh and blood kid inside.”

Here’s an excerpt from James’ note to clients this morning:

Like the Model S, the X benefits from large crumple zones and a low-center of gravity.

Again based on Tesla’s expectations, the side pole intrusion is about half of the next best vehicles for both the S and X. You can see below a side by side aftermath of the Model X and next best SUV:

Now it is even safer to simply not get into an accident in the first place and the Model X can help with that, to a certain degree of course, since it is also equipped with always-on active safety features like emergency braking and side collision avoidance. 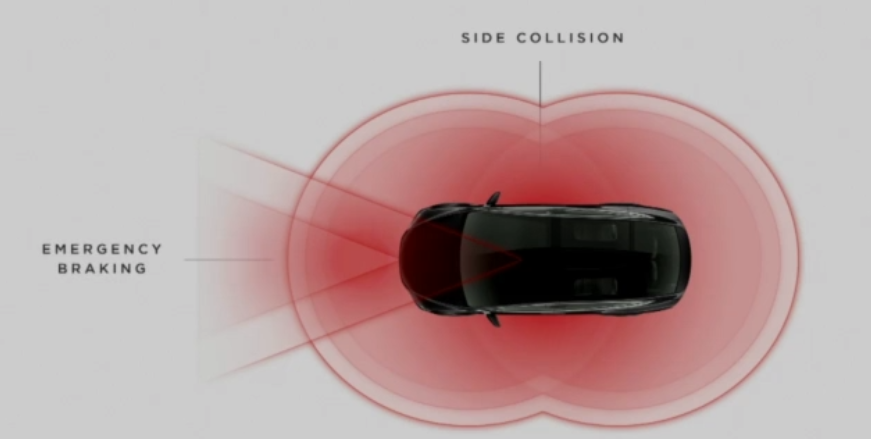 It’s not clear when NHTSA plans on releasing official ratings for Tesla’s Model X, but James sees the upcoming confirmation of the SUV’s safety performance as a positive catalyst for the company.

We will keep an eye out to see how Tesla’s estimates compare to NHTSA’s official results.

James on her test drive: