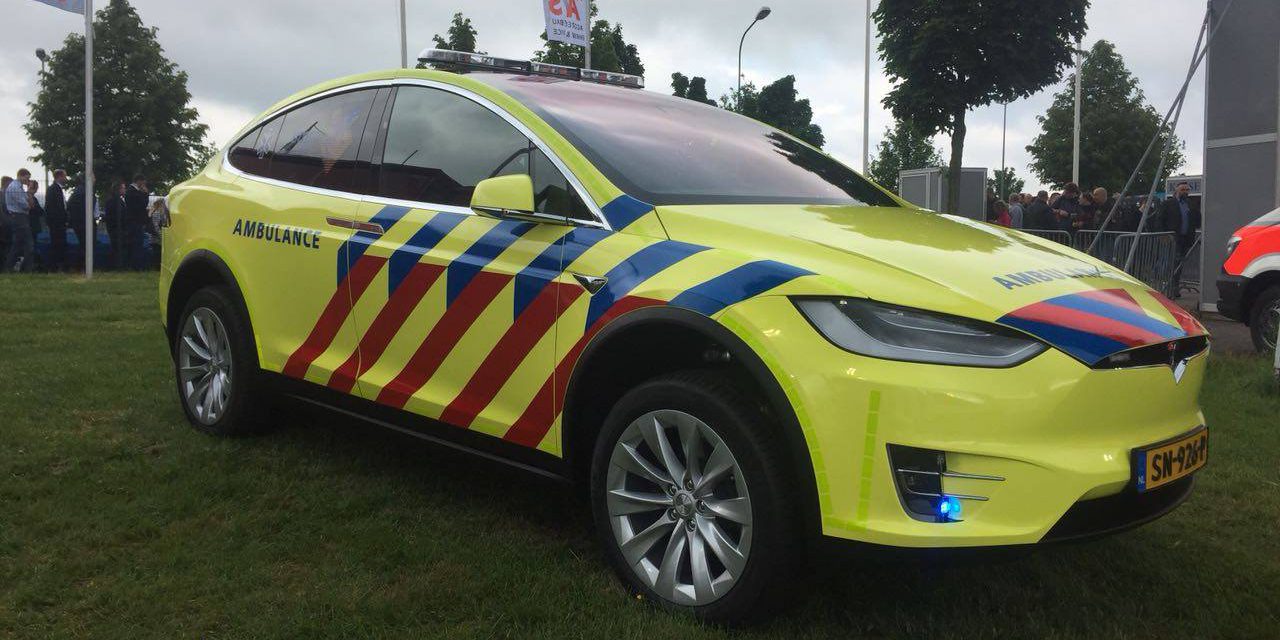 Tesla vehicles are surprisingly starting to invade all segments of emergency vehicles.

After police and fire departments, now an ambulance service is using a Tesla Model X as an all-electric ‘rapid responder’ vehicle.

Over the past few years, we have seen an impressive number of police and fire departments using electric vehicles.

Tesla’s vehicles have surprisingly been especially popular despite their higher prices.

But when it comes to first responder vehicles, performance is more important than price, which is why we are now seeing a Tesla Model X ambulance.

At the Rettmobil 2018, an emergency mobility conference in German, UMCG Ambulancezorg, an ambulance service based in the Netherlands, unveiled a modified Tesla Model X all-electric SUV to use as a “rapid responder vehicle.”

Tesla’s Model X has a range of up to 295 miles (475 km) and with 88 cu-ft of cargo stock, it can be modified with a significant amount of equipment in the back, but UMCG Ambulancezorg hasn’t released pictures of it yet (if you have any from Rettmobil 2018, please send them our way).

The company said on Twitter about the unveiling of the vehicle:

One of the important steps in sustainable Emergency services in the Netherlands. We take responsibility!

As far as we know, it’s indeed a first for a Tesla vehicle. It could also help push for the electrification of full-size ambulance vehicles.

While it’s a first for an ambulance service, we have previously seen Tesla Model S and Model X vehicles used as “emergency vehicles” by a fire department.

Police departments have also started to use Tesla vehicles.

In Europe, Scotland Yard says that it is considering the vehicle as a police cruiser and Luxembourg police just deployed two Tesla Model S vehicles into operation.