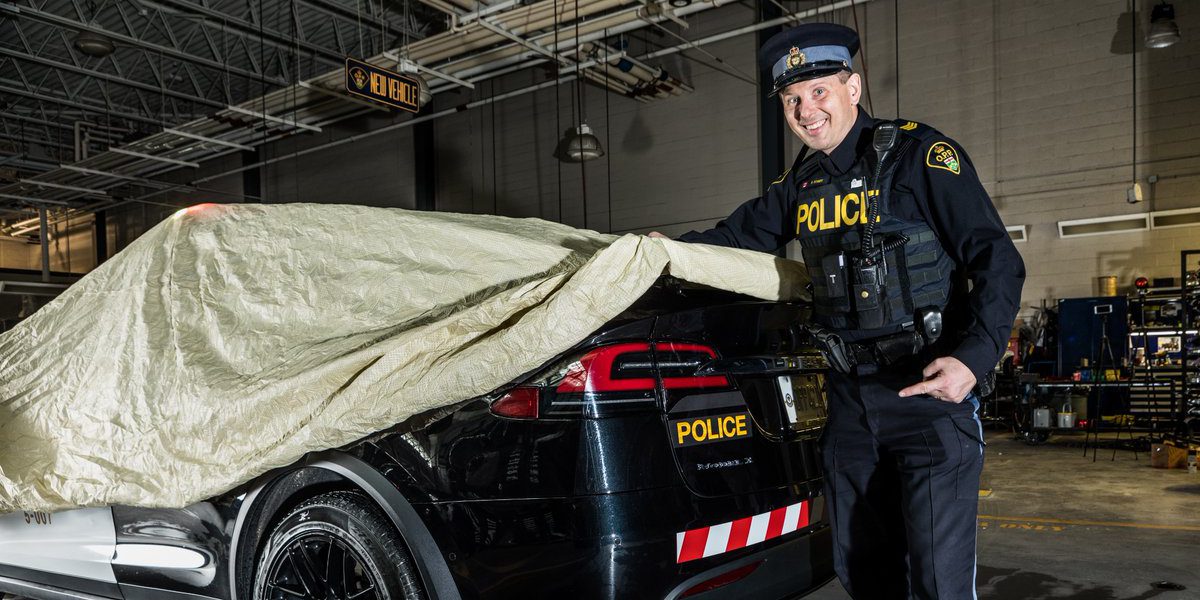 Tesla vehicles are becoming strangely popular with police departments all over the world and while the Model S has so far been the electric car of choice for police use, the Ontario Provincial Police is now going with the Model X.

They have been teasing the vehicle on their social media accounts over the last few days and they are going to display it at the Toronto Auto Show starting tomorrow:

That looks like a badass police cruiser, but it’s not cheap for a police department, especially in Canada.

In Canada, the Model X starts at $102,300 CAD ($82,000 USD) before incentives. That’s a hard price tag to justify to taxpayers, but police cruisers do accumulate a lot of annual mileage, which can result in some significant gas savings.

I doubt that it makes it economically viable after gas savings, but the Ontario government has been pushing to accelerate electric vehicle adoption.

Maybe they want to lead by example and the Model X is likely the only electric vehicle currently on the market, along with the Model S, that has the performance specs to be a police cruiser.