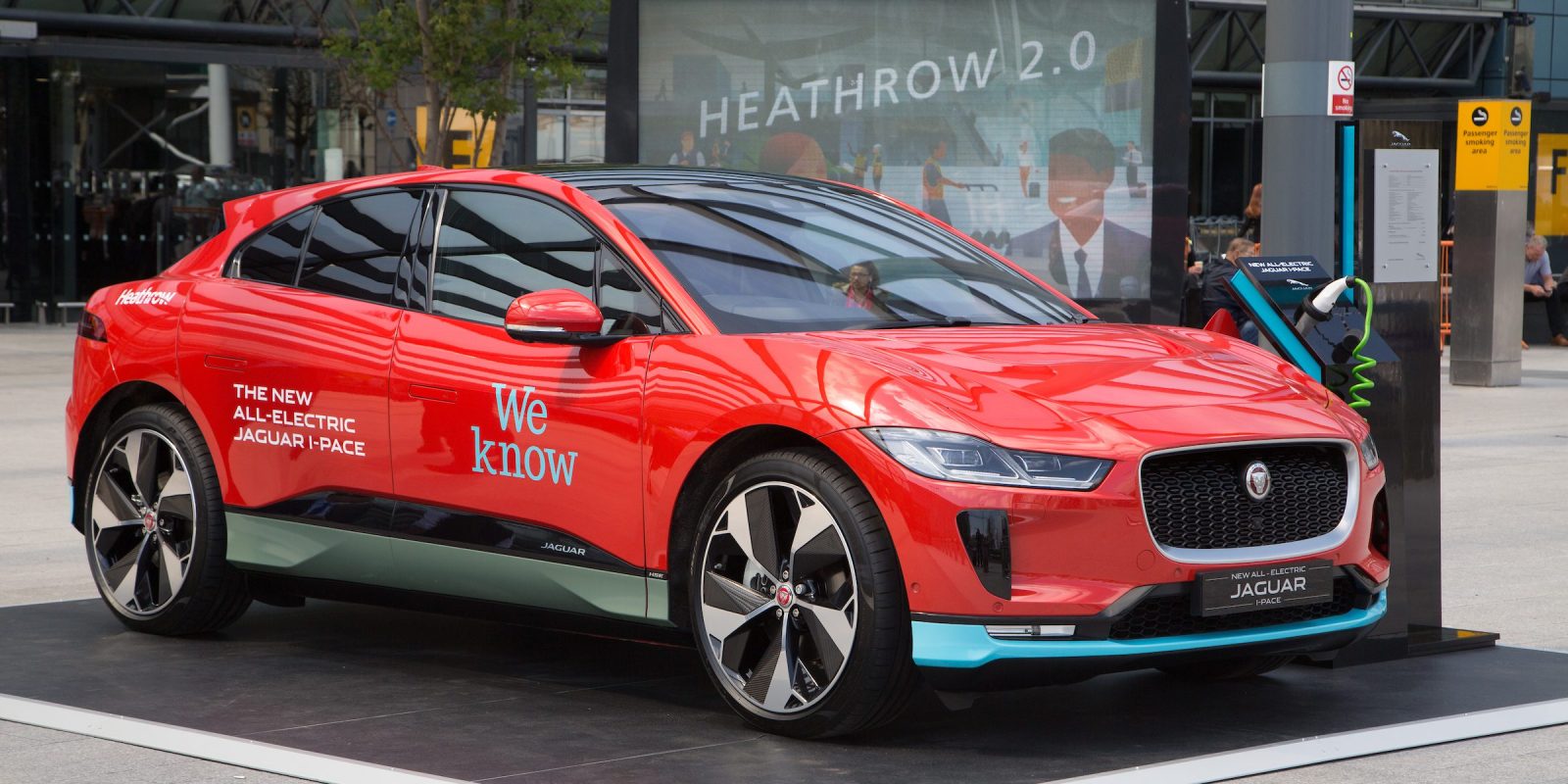 The Jaguar I-Pace, the British automaker’s first all-electric vehicle, hasn’t made it to market yet, but the automaker is already building a significant backlog with large orders.

After securing an order of 20,000 vehicles from Waymo, Jaguar has now received an order of 200 I-Pace SUVs to offer shuttle services from Heathrow airport as soon as this summer.

Fleets of all-electric vehicles have become popular for taxi services at airports.

BIOS-groep, a taxi company operating at Amsterdam’s airport, was an early adopter of electric vehicles and built the largest fleet of Tesla taxis (167 Model S sedans) back in 2014. They have recently been updating it with Tesla Model X SUVs.

A fleet of Tesla Model S vehicles is also based at the Montréal-Trudeau Airport.

Now Heathrow airport has partnered with Jaguar and travel services company WeKnowGroup to build up a fleet of Jaguar I-Pace SUVs.

The first 50 I-Paces will be delivered during “the summer 2018” and they have “the option to add a further 150 cars in the next 12 months.” They expect that the fleet will support “up to 1,000 electric vehicle journeys to and from Heathrow each day – saving over eight tonnes of oxides of nitrogen (NOx) emissions each year.”

A charging station to support the fleet will be installed at Heathrow and they expect that it will become the largest in the UK.

Emma Gilthorpe, Executive Director at Heathrow, said about the announcement:

“We are thrilled to be working with two British companies on this landmark initiative to support more sustainable transportation choices for our passengers. We will not compromise on our commitments to the environment and our local community and we remain focussed on addressing the impact road vehicles have on air quality on the roads around the airport. These I-PACEs are the latest in a long line of initiatives we are taking to ensure that we do not force a choice between the economy and the environment – and that we can deliver benefits for both.”

The effort is partly driven by London’s clean air program after they had issues with severe air pollution in the city.

They have since introduced several programs to electrify transport in the city, like having their first long-range all-electric double-decker buses now in service and introducing low-emission zones where polluting vehicles get taxed.

Uber has introduced programs to help its 40,000 drivers in London to switch to electric cars and in order to support all those new EVs on the road, the city is also accelerating the deployment of charging stations.