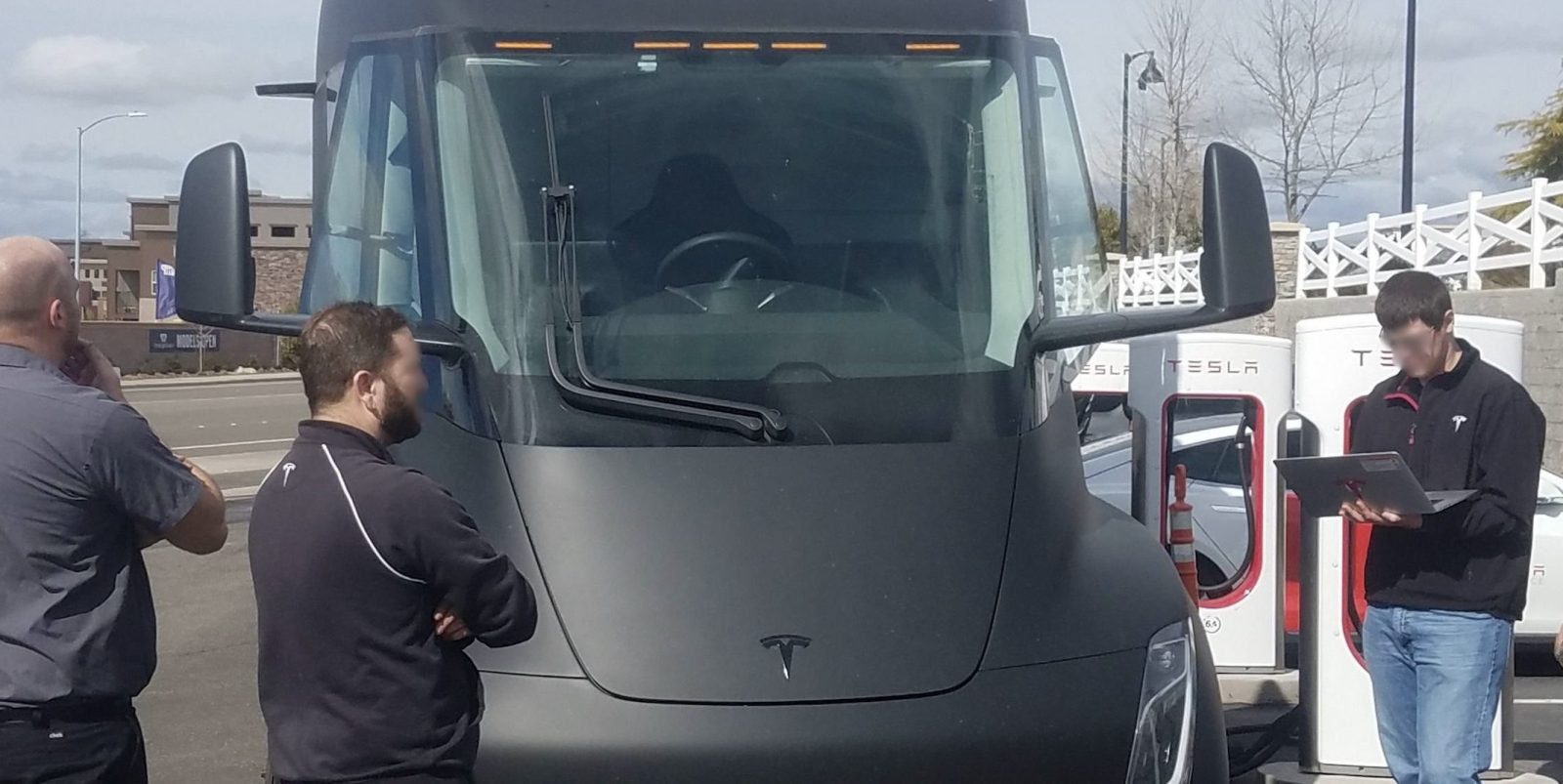 Elon Musk announced yesterday that Tesla Semi was setting out on its first cargo trip from Gigafactory 1 to Fremont factory, but he shared the news before the prototypes had actually completed the 5 to 6-hour long trip.

Interestingly, the two electric truck prototypes have now been spotted at a Supercharger station near Sacramento – a little more than halfway through the route.

There’s a lot of hype around the Tesla Semi because if the specs and price point that the company is claiming are true, it would create a new standard and revolutionize the cost of freight transport.

A Tesla Semi test program partner already said that performance specs are for real, but some people are still skeptical about the range, which Tesla claims can be up to 500 miles on a single charge with a full load.

The vehicle is currently being put through a test program and Musk said that he is even ‘optimistic’ about beating those specs that competitors already don’t believe possible.

A successful demonstration of a full cargo run between Tesla’s Fremont factory and Gigafactory 1 in Nevada would already go a long way to prove the naysayers wrong, but it doesn’t look like it will be the case with the first run.

Tesla did a pit stop at a Supercharger station in Rocklin near Sacramento as spotted by a redditor (pictures via ThreeFajitas and Thats_a_whale):

One of the two Tesla Semi prototypes can be seen using at least one Supercharger charge point.

It’s not clear if the trucks actually needed to charge or stopped for testing or any other reason. We reached to Tesla for a comment and we will update if we get an answer.

The Tesla Supercharger in Rocklin is just about 132 miles from the Tesla Gigafactory 1 where the trucks reportedly started their journey.

I wouldn’t try to read too much into it since it’s just a test run, but it certainly will not do much to convince the naysayers if they don’t complete it in one go – whether they needed to stop to charge or not.

Since Musk publicized the cargo trip, it made it looked like it might demonstrate the actual capacity of the truck, but now it looks like it was more about the fact that they were actually moving battery packs from Gigafactory 1 to Fremont with the new machine, which is cool too.

But we will have to wait a little longer to get a good Tesla Semi range capacity demonstration.

In the meantime, let us know if you spot the prototypes during the test runs as we keep a close eye on the program and report back.