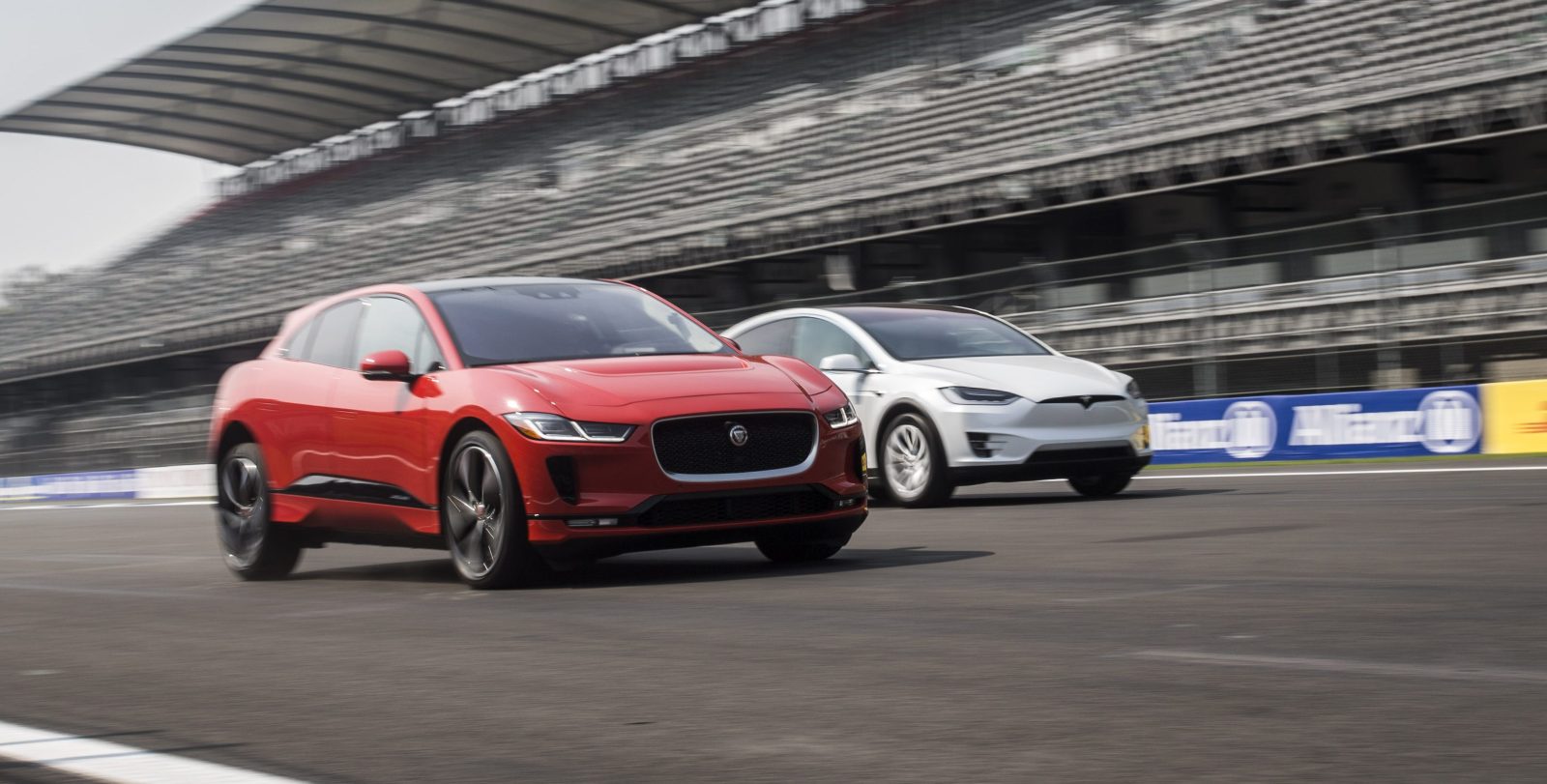 Jaguar finally unveiled the production version of the I-Pace, its first all-electric vehicle today. You can learn all about in our article here.

For the occasion, the company also compared the new electric SUV with Tesla’s Model X in an *interesting* drag race video.

First off, they probably shouldn’t compare their I-Pace with the Model X in the first place.

But they are currently the two only all-electric SUV (the Audi e-tron quattro is coming though) so they apparently insist on comparing it with the Model X with a video about it – with a focus on acceleration.

You can watch the video here and further down I share some thoughts about the comparison:

That’s the goal after all, to have EVs replace gas-powered cars and convert more petrolheads to electric propulsion.

In my opinion, EVs should compete against gas-powered cars first and EVs second. But I don’t expect legacy automakers to get on board with that at this point in the game, so let’s look at the actual comparison.

They first raced the I-Pace versus the Model X 75D. The vehicles officially have 0-60 mph times of 4.5 and 4.9 seconds respectively.

OK, that’s fair. The I-Pace likely beat the Model X fair and square – even though it should be pointed out that the Model X 75D is much bigger and therefore, an acceleration comparison is not the most adequate.

But then they did something really weird, the driver of the Model X came out and said he should get a Model X “P100D” instead.

The 100D has an advertised 0-60 time of 4.7 seconds – about the same as the I-Pace, but the Jaguar, sure enough, beat the Model X. Maybe that braking helped.

I’d be curious to see a few more launches against those vehicles because some Model X 75D and 100D owners have been getting some really impressive times since Tesla uncorked the full power in those SUVs a few months ago.

With this said, I’m not taking away anything from the I-Pace. I can’t wait to try it. I just think they should have pinned it against a similar size/category gas-powered SUV instead of a bigger electric vehicle.