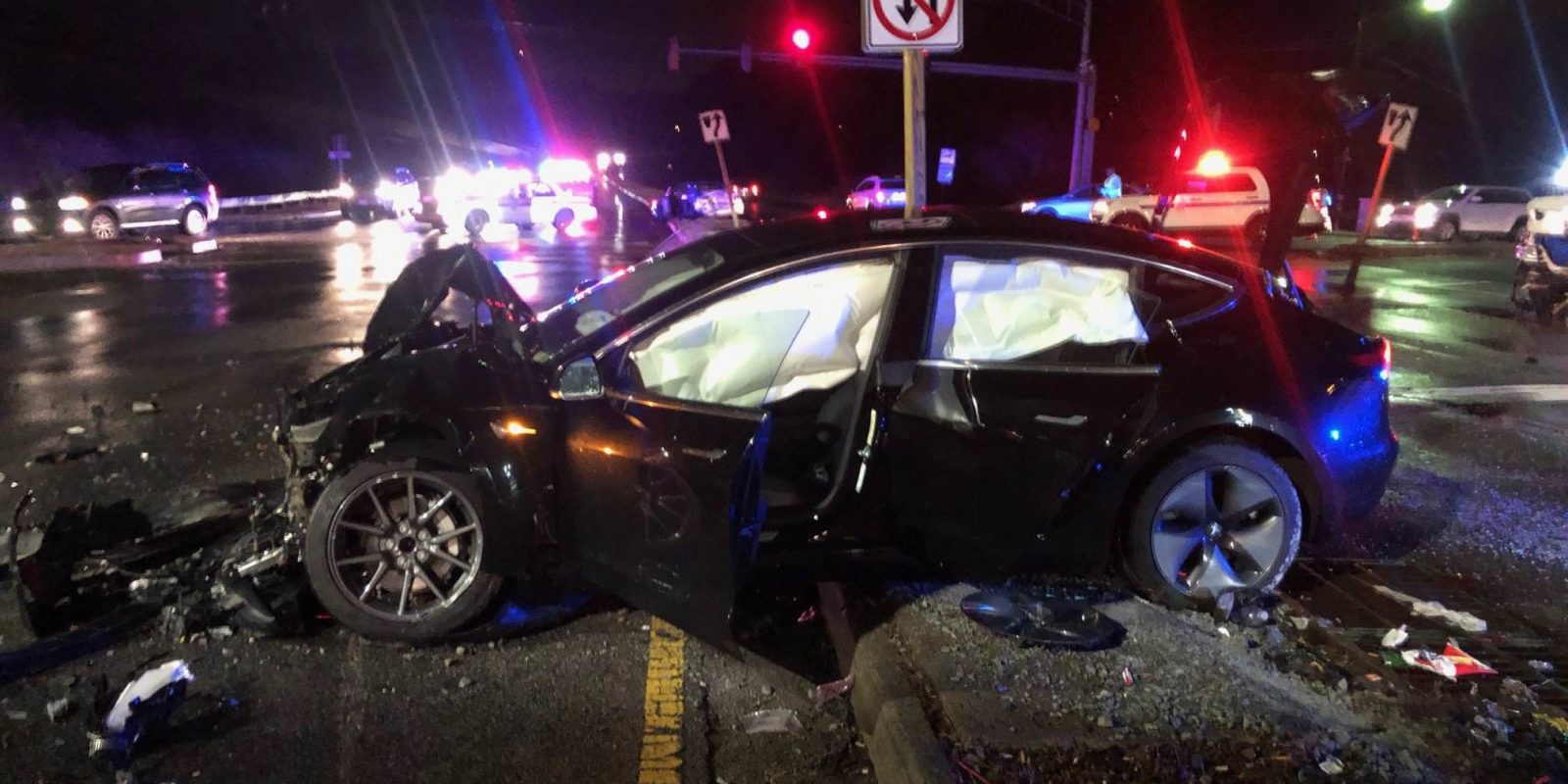 We still don’t have official crash test results for the Tesla Model 3, but some owners have already crashed their new electric cars, which is giving us some insights into the vehicle’s safety.

Now CEO Elon Musk took some feedback from an owner involved in a crash and plans to make some improvements.

An anonymous Model 3 owner shared the story of a crash and pictures of the aftermath on Reddit this week:

“I read that Tesla’s are one of the safest cars on the road today. They are right! The car is totaled but I am fine, my right ankle is swollen from hitting the gas pedal but I can still walk fine. Had this been a regular ICE vehicle I would be dead or in a lot worse condition. Everyone from the paramedics to the tow truck driver said that people don’t usually walk away from this. I already put in another model 3 reservation.

My only complaint about this car is that during the crash my passenger’s arm hit the screen and shattered it which prevented me from opening the glove box w/ title and insurance. Needs a manual option. Also my passenger got a pretty big cut on her arm. Maybe add a screen airbag. All in all it is a phenomenal car and I owe my life to Tesla.”

Here are the pictures of the aftermath:

Yesterday, Musk wrote on Twitter that Tesla would implement a software update to fix the lack of manual way to open the glove box and a hardware fix for the screen:

“Adding software feature to open glovebox automatically when car comes to a stop after a crash. Will look at bonding a thin plastic sheet to the front or back of screen.”

He didn’t specify when those changes will be implemented.

Well, that’s a short feedback loop. Tesla and Musk have been consistently very good about that and especially when it comes to safety.

Though when it comes to the center screen, I thought that was already standard for any automotive screen.

Hopefully, there can a be an aftermarket retrofit that can be applied at a service center for current owners.